Matlock said:
If someone pinned you to a bed and refused to get off you when you asked them to you would probably consider it fairly violent.
Click to expand...

(1) if someone pinned you to a bed - Never happened in this case. You lied/made it up Matlock.
(2) Refused to get off - another lie from you Matlock

Why would you lie about the above? Utterly bizarre.

Mike is rattled of his tits tonight, hilariously reading

Former RTÉ journalist to be sentenced over sexual assault​

A former RTÉ journalist will be sentenced next week for sexually assaulting a woman as she slept.

Mícheál Ó Leidhin, who is 38 and worked as a political reporter for Raidió na Gaeltachta, was found guilty by a jury last month.

The victim told the court her mind and body had been violated and she had lost her place in the world. She said she would have to deal with it for the rest of her life.

In a statement, RTÉ said Ó Leidhin no longer worked for the company.

The court heard Ó Leidhin and the victim met on a night out in May 2018. They went back to Ó Leidhin's house in the early hours of the morning, where they engaged in consensual sexual activity. But the woman said she told him she did not want to have sex as they had no contraception.

The woman said she was confused and annoyed and told Ó Leidhin it was weird that he had done this while she was asleep. She told the court she absolutely did not consent to it.

They went back to sleep. Later, Ó Leidhin gave the woman a lift home. The court heard they spoke later that day via a phone call and texts in which the woman expressed her unhappiness about what had happened between them. Ó Leidhin called over to her house that evening and they spoke for about an hour.

Prosecuting counsel John Delaney said they agreed to differ about what had happened the night before and there was no contact between them after that.

The woman reported the incident to gardaí in April 2019.

In a statement to gardaí, Ó Leidhin said when he woke up on the night, he had wanted to resume the sexual activity they had been engaged in earlier. He said he had been trying to wake the woman to continue "fooling around". He said she asked him to stop and he did.

In her victim impact statement, the woman said she wanted to document the impact sexual violence had on her. She said she was sexually violated while sleeping. "This convicted man, used sexual violence as a method of violence towards me," she told the court. She said he had violated her body, her mind, her sense of self and her sense of security in the world. It had impacted, she said, on every facet of her life.

The woman said the night of the assault was the last night she would ever go to sleep believing she was safe and the thought someone would sexually violate her while sleeping was beyond comprehension. She said the stress and fear did not end when the attack ended and it had replayed again and again.

In the aftermath, she said she felt grief and distress beyond explanation and felt totally disconnected from reality. The woman said relationships with her family had become strained. She said she had lost her social circle and many friends and had not been able to progress in her career. She described to the court, becoming depressed and suicidal and making an attempt on her life.

The woman said she believed if society supported victims better, she would not have had to deal with such devastating losses. The only person responsible for the relationships and friendships she had lost was Ó Leidhin she said and yet she had been shamed and blamed because of what he did to her.

She said she had to pay for counselling sessions and doctor's appointments.

The woman said it had taken three years from the time she reported the assault before the trial took place. This was completely unacceptable she said and forced victims of sexual violence to be stuck in a state of trauma. Giving evidence and being cross examined was unbelievably distressing and she felt she was going to have a heart attack.

She said that giving her victim impact statement did not put an end to the trauma for her, and she would have to deal with it for the rest of her life. She said she would not forget it but she would not let it define her. She said she would leave behind everything unfounded and untruthful said to her in court, as well as all her pain, guilt, silence and shame, with the sexual offender who was responsible for it all.

Judge Karen O'Connor thanked the woman for speaking so eloquently about the ongoing impact of the assault and the dignified manner she dealt with the process.

Defence Counsel Bernard Condon told the court this was a one off incident. There were no other aggravating features such as a disparity in age or a blood relationship.

He said his client accepted the jury's verdict and had expressed his remorse and regret. He had a strong work record and had never come to garda attention before or since this incident, he said.

He said Ó Leidhin had now lost his job and would have difficulties finding a job in the future. He would also be on the sex offenders register which he said was a substantive punishment.

Mr Condon submitted that this offence belonged on the lower end of the spectrum and he urged the judge not to send his client to prison. He handed in letters of support from his current partner and his parents.

The court heard Ó Leidhin who lives in Artane is originally from Ballinskelligs in Co Kerry and had been employed by RTÉ as an Irish language political journalist. He has no previous convictions.

Judge O'Connor said she would sentence him next Monday.

In a brief statement issued after the sentence hearing, RTÉ said Mícheál Ó Leidhin was no longer employed by the company.

No updates on this story?

Thought he was expected to be sentenced months ago.
G

Jimmy the Gent said:
No updates on this story?

Thought he was expected to be sentenced months ago.
Click to expand...

Sentencing postponed till the 27th of July.
M

Dumplin again.
We can see again the disregard that the judicial system has for Gardai.
M

Well Judge I would suggest you have a chat with your colleagues.

Even the dogs in the street could answer that one FFS. 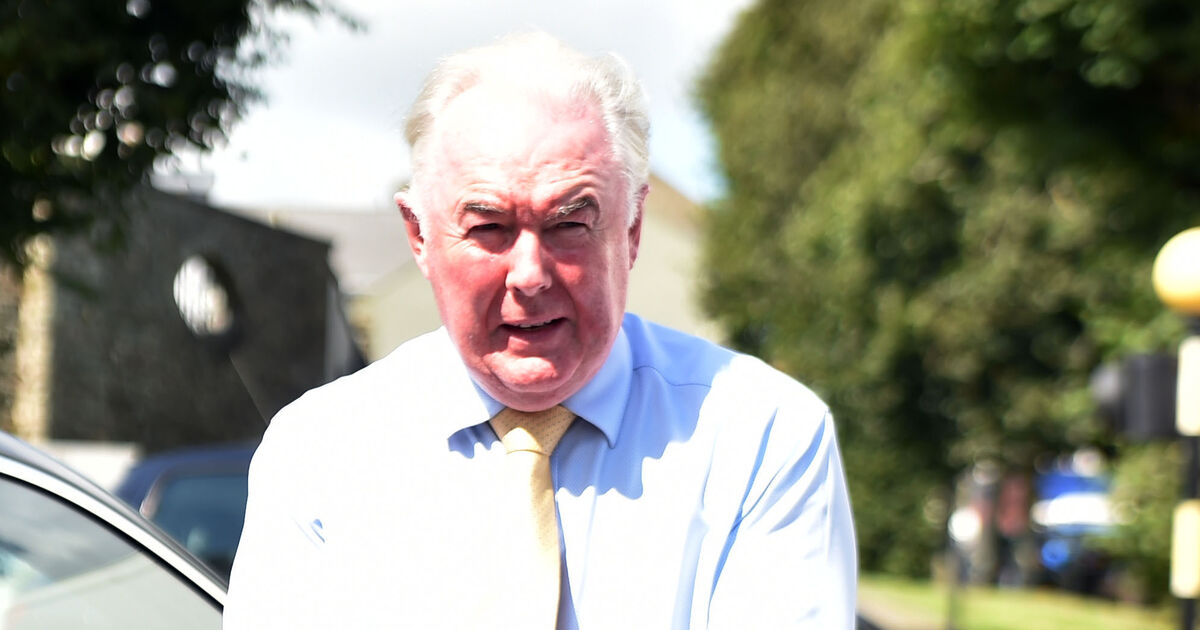 A former RTÉ journalist from South Kerry has been jailed for 15 months for sexually assaulting a woman while she was sleeping.

The former political reporter for Raidió na Gaeltachta is originally from Ballinskelligs.

The incident occurred at his flat in Dublin after a night out in May, 2018.

At Mícheál Ó Leidhin’s sentence hearing, the complainant told the court the assault left her traumatised and feeling lost in the world.

Defence for the 38-year-old, who previously denied the claims, told the Circuit Criminal Court that he now accepts the verdict of the jury.

Mr Ó Leidhin and the complainant were out drinking together on May 2013 when they both went back to his flat.

Prosecuting council previously told the court that the two engaged in consensual foreplay but did not have sex.

The woman fell asleep and woke later to find the accused on top of her groping her breasts.

Delivering her own victim impact statement today, the complainant said she went into a state of depression and couldn’t get public transport for a long time because the touch of a stranger was unbearable.

She also criticised the justice system, saying the three year wait for the case to be heard was completely unacceptable and that it forced victims of sexual violence to be stuck in a state of trauma.

Handing down the sentence, Ms Justice Karen O’Connor noted that Mícheál Ó Leidhin is a person of prior good character who lost a “prominent and promising” career in the media in the wake of conviction and that she considered him a low risk of reoffending.

She sentenced him to 18 months with the final three suspended, to begin on August 1st.

What a monster. Thank God he's off our streets.

Meanwhile Abel Etonga who masturbated and ejaculated on two different women in supermarkets in Cork got a suspended sentence.