Their latest single ‘Don’t Wanna’ is out now, via Akira Records, this follows their single ‘Follow You’ which have since found support across countless tastemakers including Wonderland, Hot Press, Official Charts and many more, Irish indie-rock outfit modernlove. return once again to deliver their euphoric new single ‘Don’t Wanna’ through Akira Records (Phoria, Henry Green, Mt. Wolf, Rosie Carney, Shura).

Previous support comes from 2FM, BBC R1, BBC R6, BBC Ulster, XS Manchester, Across the Line, and Radio X, as well as featured in The Line of Best Fit, Earmilk, Wonderland, Hot Press, MTV, Under The Radar, Nialler9, Golden Plec, Atwood Magazine, Ones To Watch, Vacancy, and named as the Official Charts’ Ones to Watch’,

Like their name suggests, modernlove. explore the complexities of the modern lives of twenty-somethings. Even though their lives are still complicated, Barry, Cian, Danny and Graham of Drogheda have already nailed their sound; they deliver polished, indie-pop with a glossy '90s sheen and intricate

"modernlove. can soundtrack your daydreams, your visions of the future and your memories of the past" THE LINE OF BEST FIT

“Ones To Watch” OFFICIAL CHARTS

"Indelible indie pop." UNDER THE RADAR

“bold and blistering pop-rock” – RECORD OF THE DAY

"Cut from the same cloth as The 1975 at their poppiest." THE RODEO MAG 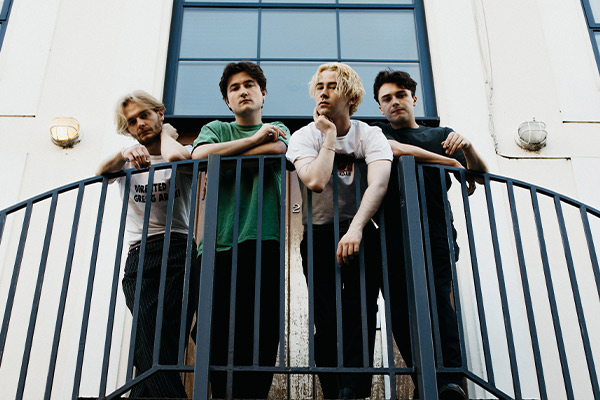