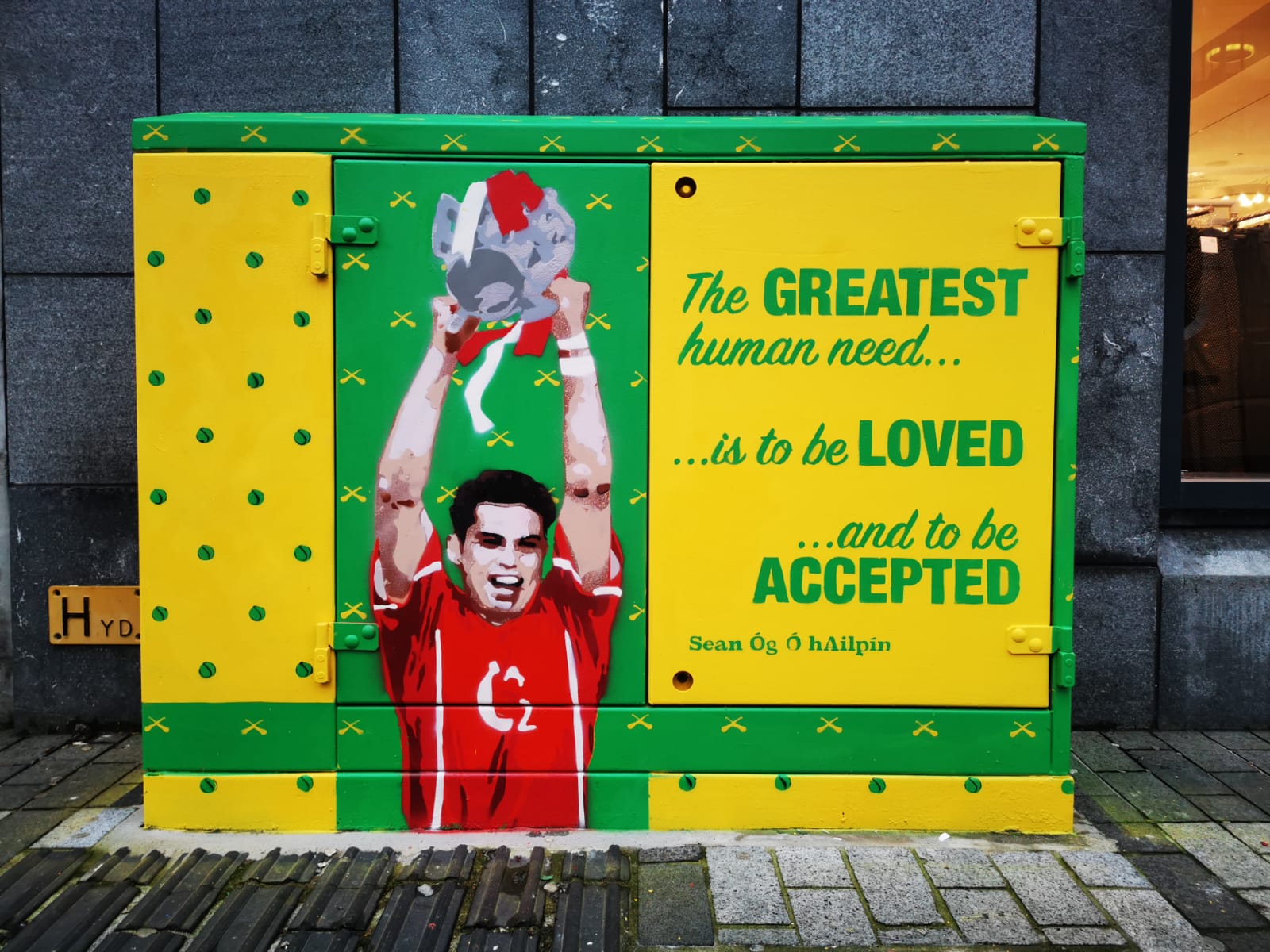 The greatest human need is to be loved and to be accepted. Is there a better quote attibuted to a man who arrived in Cork, aged 11, without the faintest knowledge about Gaelic games and grew up to be a dual intercounty Rebel hurler and footballer, winning All-Ireland medals in 1999, 2004 and 2005 (as captain - depicted on the box) as well as Hurler of the Year in 2004.

Had Seán Óg's family not chosen to move to Cork (or moved away because of the racial abuse they suffered when they first arrived), who knows, maybe the legedary noughties team wouldn't have been so successful and the wait for the return of the Liam McCarthy would be longer than it already is (Lord, Graciously Hear Us an' all that).

As one of the country's true sporting legends, Corkonians will always be grateful for heroes like Séan Óg, and it's no harm to remind ourselves every now and then that the next All-Ireland winning hurling captain might very well be arriving into the People's Republic today or tomorrow.

(That said, we really hope the next Corkonian to lift the Liam McCarthy Cup is here already and nailing side line cuts from 70 yards so we don't have to wait much longer!)

The TG4 series Laochra Gael (translation: Irish Heroes) featured Seán in one of its episodes.

You can watch it here on d'Youtube.

Also worth watching is his All-Ireland winning speech from the Hogan Stand in 2005 which was entirely in Irish. He is the last Cork captain to have lifted the trophy.

Is Maith An Scéalaí An Aimsir