No major excitement in the race report for me – after the worst DOMS I’d ever had post-Boston, I finally got back on the wagon in May and knocked out 25 miles per week. No special sessions – just steady running, although timeout and I had an excellent 14-miler at 7:10 pace the Sunday before the HM and I’d had a similar spin the previous week with Donal, another of our training gang. The physio had said the surest way to f**k up the chances of doing a decent program for Dublin would be to “keep going” after Boston, so it’s been all about easy spins – I only entered the half last Tuesday. If I got 1:30, then great. If not, then no problem either.

Marky’s optimism about the weather proved predictably unfounded and there was solid rain through the morning – a brief respite as we crammed in for the gun, but it was going to be a wet spin for sure. There was a good few I knew in the pen and right behind me, three rale oul Dubs in full “alright bud?” mode. Like me, they were hoping for sub-1:30 but I didn’t fancy listening to them all morning and pushed up a bit in the pen. The plan was “start well behind the 1:30 pacer group, then finish ahead of them to be sure of the time”. I wasn’t going to kill it though – if the pace was there, grand, if not then there’d be a whole summer ahead.

In fairness, the start was done right this year and we all got off grand – even the zig-zagging around the new park and the loops of the Pairc were OK and we were soon hitting mile 2 as we headed for Centre Park Road in a solid sheet of rain. I had slowly been drawing in the 1:30’s and it was getting uncomfortable now because there must have been 100 runners around them, all squashed into the road. I ran up the cycle lane and got a decent run to the relay changeover at the top of Albert Road. It was still fierce crowded though – the runners following the pacers usually hang in until mile 5 or 6 - so as we headed up the hill to the South Link, I moved to the right of the road and moved ahead of the bunch as we approached the Douglas Road, fist-bumping Sean O’Keeffe, pacer supreme, as I went by.

Up onto the flyover, through Turner’s Cross and on up to Musgrave Park was a bit of a drag – alone now with plenty of space and reeling some other few lads in. We were moving through the 4:15 marathoners at this stage so there was “targets” on the road for sure. In truth, it was great to be racing on the streets of Cork once more. After Musgrave Park, you can get a bit of a bad feeling - you’re still in the first half of the race and you know the climb up to Tory Top Road is coming – it’s a real ball-breaker and then you climb again on a long drag past the chemist’s towards Pouladuff. We’ve done it enough in training though, and once you relax and understand that this mile will be 10-15 seconds slower then that’s OK.

Up, up, to the Tory Top roundabout and on again through the climbs before descending to the Lough. I passed a clubmate who had been with us in Boston who was doing the full again yesterday but was suffering from serious cramps and walking. Fair dues, he got going again and went under 3:30 to salvage something from the run. The 6th mile was done now – 6:56 and even though there were hills to come, there were downhills too. I didn’t have a massive amount of time banked (about 30 seconds) but I felt OK and knew that after Hartlands avenue, there was only really the Farranlea / Rendezvous climbs to come. At the same time, I’m always nervous about the hamstring and am fierce cagey about pushing it. Even still, the target for the day looked achievable and after I dropped my water at the Lough a kindly runner gave me his, so I had no excuse. A lad in a blue vest and I seemed to be running the same pace and we were due to be in each other’s pockets from here until County Hall, which in hindsight was a good thing – LOL, especially as I was going to leave him behind
We went through the shittiest part of the course - up the Farranlea climb – round the corner and on to the Rendezvous, then down the very welcome Model Farm Road descent. Smurf says I didn’t look great at Rossa Avenue but I was OK TBH – and the miles were ticking along steadily enough as we swooped down past the tennis village onto Inchigaggin and the Straight Road

The headwind was definitely there at this stage – and plenty more rain – although the wind was only an issue for the 500m to the County Hall. It was enough to be annoying though and thankfully we passed the 4hr marathon group, and then the 3:45s to give the long road a bit of focus. It was strange, even though it wasn’t a warm day by any stretch, I took the hat off and did a full douse of water at every drink station, County Hall being no exception. Myself and blue singlet drifted apart at this point – he dropped back and I had other lads on the road in front. The Mardyke was empty and silent and the track by the river was no better, so it was great to come out to a bit of cheering on North Mall. There had been a full minute to spare in the bag at mile 12, so I knew the last mile would be OK.

Given the weather, the crowds were understandably quieter and sparser on the run-in but it was still cool to flake down Washington St and round the chicanes onto Pana itself for the last piece.

The watch showed 13.2 miles at the end. I have a new Garmin recently and in spite of recent measurement improvements, this one is right back to square 1 – a full one percent short all the time – it’s a right old balls as you get more and more out of synch with the markers every mile of the race.

Anyway, not much hanging around in the rain, blue singlet came in and we got our picture taken together then a quick tog-on in Marks & Spencer's doorway, wring out the wet gear and in to the Long Valley with the family for a quart of stout and a few sandwiches. Although not sparkling, I was happy with the run – especially the solid pace all the way. I’ll go swimming now for the month of June to get ready for the Lee swim then, all going well, start the Dublin program in July. 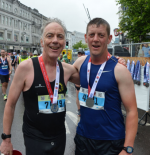 Any racing event isn’t complete without an official BPT report. Congrats on a great time and podium position.
E

Looks like the lads from Eagle know where they're going in the first picture after the little diagram
Click to expand...

I'm a big fan of the race line - I was totally alone running up the climb to the South Link (first pics in the article) on the right hand side of the road on Sunday and that's what allowed me to pass the big group around the 1:30 pacers. You can have difficulty running it early on in a race - at that stage it can be more comfortable to stay where you are rather than pushing your way through the crowd to the inside of the bend. Also, you can sometimes forget the race line towards the end of a marathon when you're shagged.

This video from Rod Dixon is brilliant - I've watched it again and again and he talks about two things :
- Running and being the winner in your own race, not somebody else's
- Running the tangents

The running the top marathoners did back then was every bit as competitive as what's going on today - four or five minutes slower for sure - but the battles were titanic. The field that Lopes, Treacy and Spedding beat in LA can still claim to be the greatest ever assembled
E

That video is class. They don't make half enough of the rivalries and showdowns in the sport at all

It reminded me of the Book "Duel in the Sun" about the 82 Boston marathon. Al Sal vs Dick Beardsley

A great read. If you're looking for something over the summer
B

Posted this in the Olympics thread earlier but notable that both athletes wearing the ASICS Metaspeed Sky Carbons for the run. A challenger to the AlphaFlys at last maybe...

El Guapo said:
That video is class. They don't make half enough of the rivalries and showdowns in the sport at all

It reminded me of the Book "Duel in the Sun" about the 82 Boston marathon. Al Sal vs Dick Beardsley

A great read. If you're looking for something over the summer
Click to expand... 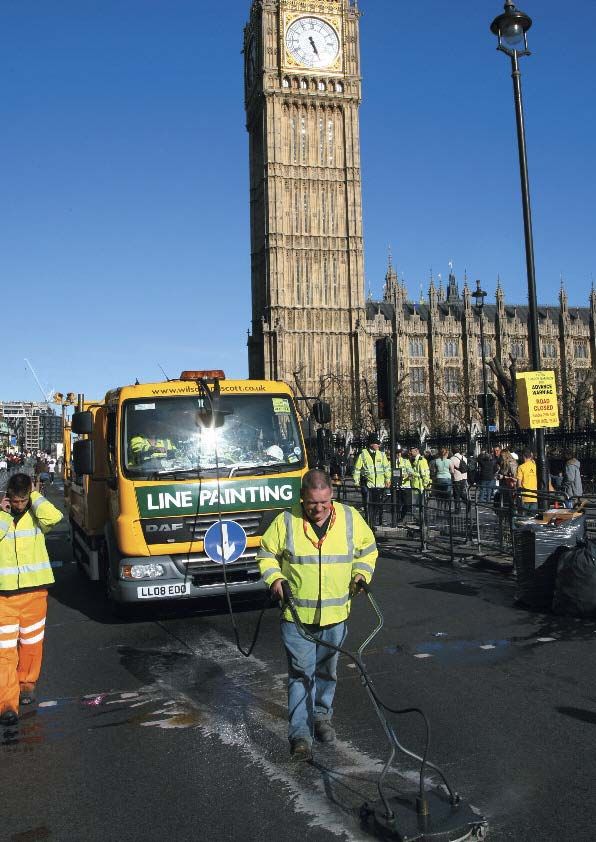 The blue line – By Hugh Jones in DISTANCE RUNNING

Since the Marathon became a truly popular event several ideas and phrases it has generated have entered popular parlance. Whoever knew what a ‘negative split’ was before TV commentators turned their talents to the Marathon? Or a Blue Line?In New York back in 1981, where I first saw it, i...