fed up said:
Which is why I don't vote, they're just a bunch of self serving twats.
Click to expand...

You should always exercise your right to vote though.
I know they’re all moronic gobshites but voting is very important. Especially when places like China and Russia are trying to make out that democracy is a waste of time
F

Drucker said:
You should always exercise your right to vote though.
I know they’re all moronic gobshites but voting is very important. Especially when places like China and Russia are trying to make out that democracy is a waste of time
Click to expand...

My father used to say the exact same thing as you, I'd counter with the opinion that both systems only really serve the few...

fed up said:
My father used to say the exact same thing as you, I'd counter with the opinion that both systems only really serve the few...
Click to expand...

Always always vote. Even if it is for FG

vote early and vote often, or as in the episode of killinascully where there was an election one woman said to willite power you have my vote willie and mammies as well god rest her soul.
F 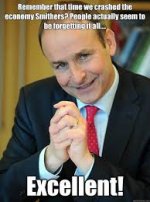 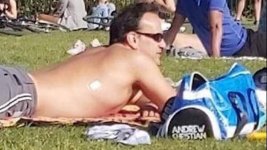 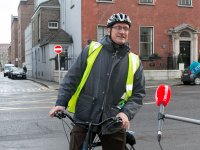 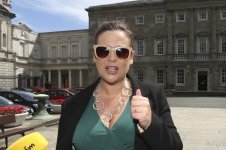 Who do I vote for, it's a difficult decision like.

It is an important decision but do vote.
J

PROCNA2018 said:
It is an important decision but do vote.
Click to expand...

I don't agree at all, in fact given peoples views on political parties and our political system in general I think the opposite should be the case.

The general response is if you are unhappy with the current system or party in charge vote for a party/candidate who proposes change etc, but due to the nature of the beast that is the political machine this party or candidate becomes sucked in and the status quo bar maybe a bit of window dressing is maintained. So your vote far from being one for change actually ends up endorsing the status quo. You have been hoodwinked and it is not in any politicians interest to change a system whereby they are the beneficiaries with more or less no accountability bar the ballot box which then encourages inefficiencies of short term over long term planning simply because first and foremost their job is to be elected.

Therefore the only way to affect change would be for everyone not to vote and hence the system collapses and there is no choice but to create a new structure in its place.

An example suppose whatever party comes to power in the next election promises to build x number of houses per year, if we had an accountability proviso attached which basically says if you don't achieve this in year 1 you are kicked out of power, I'm sure the electorate would love that, but politicians of any hue wouldn't want to introduce it, and if we as you advocate continue to vote then there is no pressure on them to do so. You want change yet your thought process ensures none.

The only real situation where your vote has any currency is in a referendum, where you can actually say the public get what they voted for, and maybe that is what our political system should be based upon, vote on policies not parties.
S

Nan Slack said:
I think I speak for a lot of people who are disillusioned with the whole political system. I listened to a TD the other day, and it was hard to tell if he was speaking English, he was on about his washing The whole system is not fit for purpose, but it suits a certain few, By the way I am not going to vote either.
Click to expand...

Made In Cork Market