Described by the Sunday Times as a 'truly gifted stand-up', Joanne has been taking Ireland's comedy scene by storm with sell out tours, hilarious chat show appearances, newspaper articles, and a hit documentary all under her belt. Now firmly on the UK comedy circuit, she's enjoyed sell out Edinburgh runs with her stand up shows Wine Tamer and The Prosecco Express. She toured Ireland with both shows, and sold out her Soho Theatre run.

Joanne created, wrote, and presented the funny and insightful documentary Baby Hater, which was broadcast in Ireland for TV3, and has been sold to 12 countries. Her first one woman show, Bite Me - a show about eating disorders - was nominated for multiple awards including Best Performer, Best Production, and a First Fortnight award at the Dublin Fringe in 2016. Joanne performed Bite Me at the Vault Festival in 2019 where Lyn Gardner described her as 'hilarious and brutal'.

appearing on The Blame Game (BBC NI), Women on The Verge (UKTV), The Late Late Show (RTÉ One), and The Tommy Tiernan Chat Show (RTÉ One). Her radio credits include BBC Radio 4's A Good Read, BBC Radio 5 Live's Sarah Brett Show, and a regular slot on 2FM's Mack the Week. You can also catch her on the hit BBC podcast hosted by Russell Kane, Evil Genius, and the online series Comedians Solve World Problems (Comedy Central). 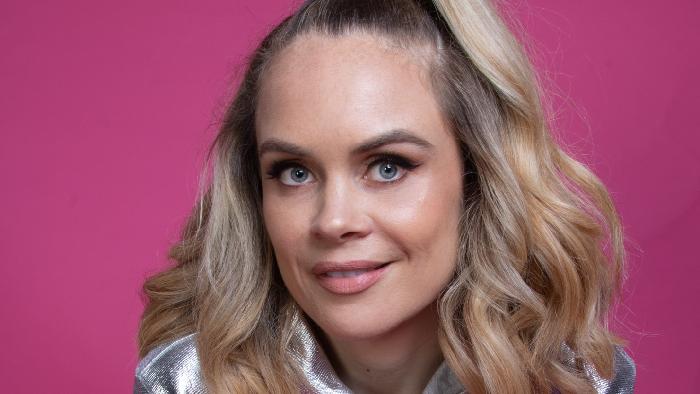