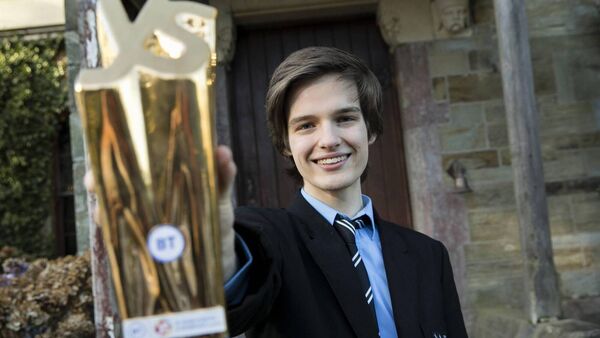 There was something very ‘Cork’ about Greg Tarr’s victory in the Young Scientist Final last week. The Bandon Grammar school genius won the prize for creating his own software that detects ‘deep fakes’ – when someone else’s face appears on the body of another person in a video.

This was the second year in a row that Cork took the big prize, reaffirming the Rebel county as the country’s capital of science and technology, but more importantly reaffirming our ability to spot bluffers and chancers a mile away.

Creating a deep fake these days is as easy as ordering a snackbox online or finding a shebeen in Ballyphehane - anyone with a smartphone can download apps like Zao or Faceapp and put their own head on a clip of a celebrity or well-known politician resulting at least two minutes of quality banter on the family Whatsapp thread before your uncle sends on a yet another eight-month old covid meme that was doing the rounds last April.

Most of us see it as a harmless bit of craic, but deep fakes have all sorts of potential unsavoury uses in a world already teeming with fake news and internet scams so the race among large tech companies to produce the best detection software has been heating up for some time.

A huge competition called DeepFake Detection Challenge, sponsored by major tech players such as Facebook was set up to catch the eye of some of the world’s top machine learning engineers as they coded furiously in their computer dungeons and corporate glass prisons in Silicon Valley.

The winner called Selim Seferbekov, a Russian electrical engineer, bagged the $1 million prize, but still, his code could only detect deep fakes 65% of the time.

With that level of accuracy and the huge cost involved in producing it, there’s a strong case for the ‘Just Ask Your Mam’ method (you know the way your old lade just knows when you’re lying? Well show her the videos and she’ll call the fake ones as accurately as the Russian’s code without having to splash out big-time spondoolies on massive cloud computing power to run your fancy-Dan programs).

When the cost of running the best solution on internet videos became apparent, those fervently hoping the competition would produce a cheap, effective solution let out a collective groan – the kind of low, aching sigh of inevitability last heard from football fans on Leeside when Tipp beat Cork in the Munster final back in November. The machine learning world really needed a super genius….

Enter a young fella from Bandon in a neatly pressed school uniform.

Teenagers have been the subject of a lot of tutting from the virtue signalling, self-appointed covid police over the last year as they dared to socialise during the pandemic (whoever thought that a bit of innocent under-age gatting could spark such sad levels of social media shaming?)

However, if there’s one thing you can predict with a high degree of accuracy about young Greg Tarr from Bandon without the aid of any technology at all, it’s that he has used his time well during the year everyone wants to forget.

He spent “hundreds of hours” working on Seferbekov’s winning entry and making it massively more efficient (giving your mam’s reflexive instinct for spotting lies a real run for her money).

The BT Young Scientist and Technology Competition judges in the Pale were blown away by Tarr’s project heaping praise on his efforts in a live online broadcast that we assume the young Bandon Grammar student was running deep fake detecting software on in real time (you can never trust those Dubs).

There’s something pure Cork about Greg’s project too: Calling out chancers should come natural to any Corkonian. That’s why the county is known for its scientific prowess, rather than say, it’s second-hand car sales men or Ministers for Health.

In fact, the Bandon boy’s ground breaking software is so Cork that it’s probably the type of thing you’d get if you were able to connect a USB cable to Roy Keane’s head and download the code that runs in the part of his brain that analyses footballers’ commitment to their team.

When given footage of some of Manchester United’s defending from last season or some of the soft goals conceded by keeper David de Gea you’d get a very high degree of accuracy when trying to call out players men more interested in hugs with opposition players and snapchat fame than winning matches.

With the reassuring work of super scientists like Gregory Tarr and all the other Young Scientist winners from the Rebel county, Corkonians can rest easy that we remain well defended from the scourge of chancers, bluffers and deep fakes – whether they are online or off it.