Dublin's civil service mandarins are seething after Cork International Airport reopened following a two-month closure to jazz up the runway. Only in Republic of Ireland would it be a big news story that a major infrastructure project of national importance was delivered on time and on budget.

And let’s be honest, using the term ‘national importance’ is just us Corkonians being our usual humble selves here as we look out over the city from the People’s Republic command and control centre. The world is full of people who want to come to Cork by air so we should really concede that this €10 million job was of crucial international importance. 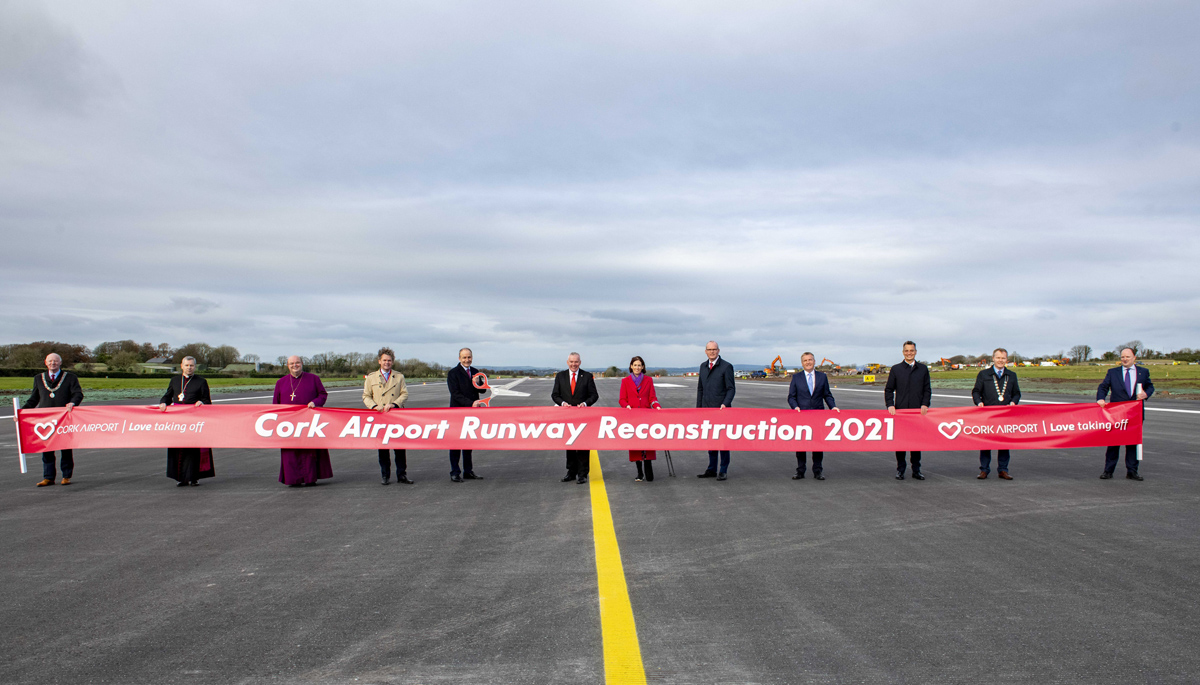 Sinn Féin’s spokesperson on transport even came to Cork to meet airport officials to see if the whole ‘on time and on budget’ scene was some kind of wind up. Deep down he must have been expecting to arrive and see a load of lads in high vis standing around a pothole on the runway having a chat about the county finals.

He’d be well used to meeting the boss who would step forward to greet him with a shaking head, the “mechanic’s whistle” and that you’re-going-to-hate-what-I-have-to-tell-you face you get, like when your car goes in for a ‘99 euro service’ at a main dealer and you end up having to go to the bank for a small loan to get the gasket tidgey mac wotsit completely fandangoed. And the chancers didn’t even phone you to get the ‘ok’ to do the work either!

On his way south he must have been thinking about all the projects he has visited before that have been riddled with controversial multi-million euro overruns of tax payers money and how something similar might play out in Cork when he got here…..

“Well…eh….see, we found a grave full of bones and a few old swords under the runway, feen, s’gonna be another six months before we can even get some archaeologist fella with glasses from UCC up here to quote for sorting it out…and I’m not going to lie to ya, it’s going to cost you big time.”

He must have been really shocked to learn that the tax payer isn’t actually going to get flahed. It’s a good sign a project is being run well when even Sinn Féin can’t find anything wrong with it!

So is this the start of a new chapter where the government’s time and cost estimates for projects are as accurate as Conor Lehane from 80 yards? Don’t hold your breath, but there are signs that the government is finally starting to cop on to itself.

You probably didn’t notice, but two weeks ago a string of big transport projects in Dublin were cancelled. The Dubs were apoplectic – the ones who weren’t monged out on drugs anyway.

The postponed Metro and underground DART projects were going to be “crucial” to the jackeen economy, we were told (about 90% of the ‘Dubconomy’ relies on hoodwinking tourists into paying €450 a night to sleep in a glorified shipping containers, selling rip-off banners and flags outside Croke Park and building data centres to host everyone’s cat videos).

In fairness though, you could understand their frustration at not having more trains. Let’s say you’re from Tallaght and you want to go and shoot someone on the other side of the city it could take you four or five hours on the bus with the traffic. And there’s no way you could take your horse out that way either – they hate the toll on the M50. As they’d say themselves, yizzers newa trayains wud’a been deadly, yeah?

Too bad lads. Given how much previous Pale projects have overrun, the cost of a metro and underground DART would have been a few trillion by the time they were built and the Dubs would be lucky if their great-grandkids got to see it - from the window of their nursing homes.

If Cork is so good at delivering big projects like this on time and on budget surely Micheál Martin must be now considering making Cork International the country’s premier airport.

Taking a leaf from Ryanair’s book and renaming Dublin airport ‘Mitchelstown North Airfield’ would put manners on the Dubs and the sky high costs, while reinforcing Cork as the country’s premier tourist destination.

The answer to Dublin’s infrastructure projects whose cost estimates keep going up and up and up is plane and simple – bring them down to earth quickly and ground the langers.