<< 7 Signs That College Students Are Back In The City
J’Like Cork J’ya? and Other Heavily Loaded Questions We’ll Ask You If You Move To Cork >> 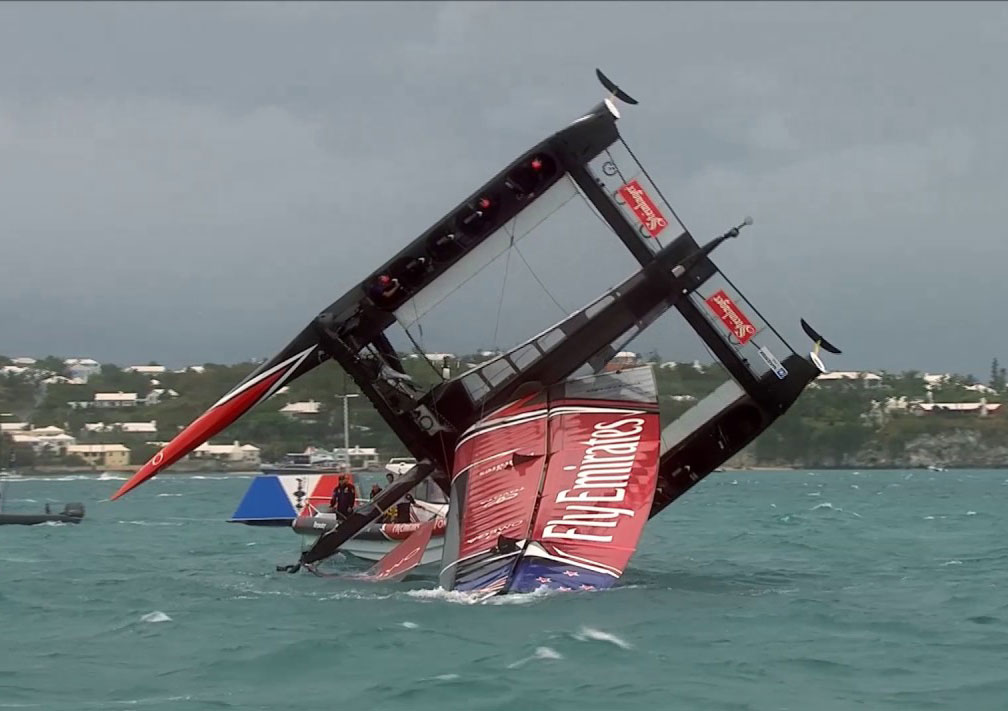 As a Corkonian, you could only laugh at the Dublin government’s disinterest in Cork hosting the Americas Cup in 2024. Whether you love watersports or think that sailing is an elitist sport reserved for people from Montenotte and Rochestown who walk around with their noses in the air, hosting a major international event like this would be a massive boost for The People’s Republic.

Even though a cost benefit analysis showed that the economy would benefit to the tune of half a billion euro, when it came to submitting the final bid to the race organisers in New Zealand by last week’s deadline, it requested more time to conduct a review – which would take “up to 6 months”.

This is the equivalent of having the winning lotto numbers and knowing that you have to submit them by 7:55pm on Saturday night, but deciding you didn’t have time to get to the shop to submit them because you’re busy admiring yourself in the mirror. Easily known it’s civil servants from leafy south Dublin on cosy six-figure salaries making the call on Cork’s future.

If Google Translate’s service had a “spin doctor-ish to plain English” option the statement they issued (which looks like it was angrily typed on a gold plated smartphone by some cigar smoking, civil service mandarin langball whilst sitting in an obnoxious 3 tonne jet-fuel burning SUV that he has managed to illegally park across a disabled space, a bike lane and a homeless person’s tent) would come probably out like this:

“Look here, you, loike, culchie saps, we’re sssooo busy right now, yeah? So, stop bothering us with your, loike, boring bogger ideas and stick with that hockey thing you ghoys love where you’re allowed to, loike, hold the ball?”

This giant two-fingered fob-off by Dublin’s champagne-sipping, wealth hoarding elite was countered a few days later when race organisers in New Zealand who are clearly extremely enthusiastic about the race being held in the stunning surrounds of Cork harbour, decided to extend the deadline to allow Ireland to submit it’s application.

Maybe we’re being generous to government officials in Dublin who couldn’t appear less enthusiastic if they tried. Rather than cynical apathy, perhaps jealousy is the real reason behind their seeming disinterest.

We have to make an important distinction: these are not the kind of Dubs that wobble up to you outside Croke Park trying to sell you an “access all areas” pass for a sold-out match that is just a piece of burnt tinfoil badly sellotaped to a crumbled bus ticket. No, feen. These fellas are the ones that actually control the country from the master cabin of their 70ft cruisers in places like Dún Laoghaire and Howth.

Cork hosting an event as prestigious as the Americas Cup would be humiliating for elite Dubs like this - these millionaire mandarins could never show their faces in the yacht club bar again if they couldn’t swing this one for The Pale.

Imagine all the furious brandy-glass spittle from the enraged, porky tribunal barristers and angry fat-cat, quadruple-vaccinated private hospital CEO’s if the world’s biggest gathering of snobs, posh boys and rich ghoys wasn’t held in the capital. There would be mutiny in Dublin’s yacht clubs.

It makes total sense, lads. This is going the same way as the event centre, the street train from Ballincollig to Blackrock, the offshore wind turbines that would give Cork energy independence, and of course the ski-lift from North Main Street up to Churchfield.

The Dubs won’t let it happen. They don’t want the gap between how much better Cork is than Dublin to get even bigger.

They know that they haven’t a chance of hosting a global event like this in stinky Dublin Bay. Imagine €100 million yachts being sunk by half-submerged burned-out cars, their crews peeling hundreds of crisp packets off their hulls after every race and being pelted by stones and syringes from the shore by the locals. Landlocked Carlow or The Gobi Desert would have a better chance of hosting the Americas Cup than Dublin.

We have seen time and time again how Cork’s senior government ministers have been unable to get any major wins for Cork. Just like the big brown mud patch on South Main Street that should be re-opening its doors to gig goers this week had Dublin politicians’ promises been kept, schooner or later it will dawn on all Corkonians that there will be no ferry-tail ending here either.

So water we going to do about it? It’s a-boat time we took matters into our own hands so we are in control of our own destiny rather than being controlled by the elite above in Dublin.

<< 7 Signs That College Students Are Back In The City
J’Like Cork J’ya? and Other Heavily Loaded Questions We’ll Ask You If You Move To Cork >>