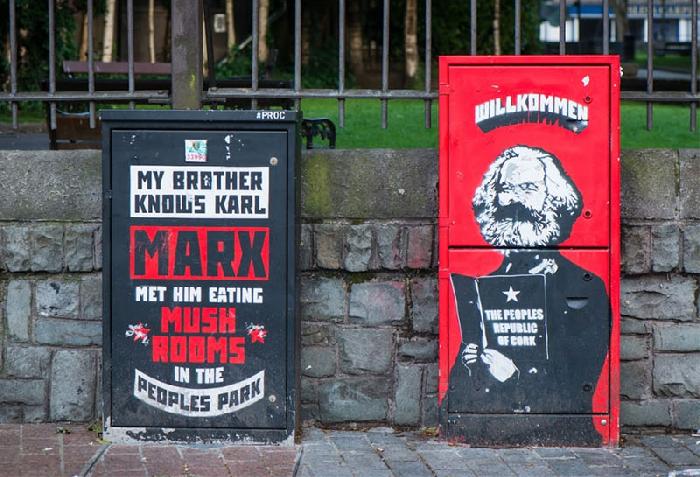 Sultans of Ping were a well-known Cork band from the 1990s, whose single Where's Me Jumper? became a hit in Ireland & the UK.

The opening lyrics are "My brother knows Karl Marx, met him eating mushrooms in the People's Park".

The two boxes are located on Grand Parade, just outside Bishop Lucey Park which is known locally as the Peace Park.

One box features the opening line and the second features Karl Marx, a German, reading a little red book.

The box is regularly defaced by people whom incorrectly, believe it is an endorsement of Marx's political beliefs.

When we went looking for a humourous German connection to Cork there was only ever going to be one winner!