Tribal Republic: A Showcase Of Fusion Bellydance and Alternative Arts

On Saturday 9th November, almost 40 dancers, from all over the world, will take to the stage in the Firkin Crane, alongside world famous belly dancer, Kami Liddle (USA) for “Tribal Republic: A Showcase of Fusion Bellydance and Alternative Arts”.

Cork’s own Suadela Bellydance Troupe are proudly hosting the international display which will showcase a full spectrum of performance styles including Tribal Fusion and Oriental belly dance, as well as many more dance-styles including traditional Indian and Capoeira inspired performances.
The Shandon based Suadela troupe, who formed in 2011 fusing together a variety of belly dance styles,have previously performed all over Ireland and the world including featuring at Electric Picnic since 2016.  Performers from all over Ireland, India, China, Turkey and Brazil will descend on the ‘rebel’ city, to showcase their mesmerising talents as well as learn from one of the masters of the belly dance world.

Hailing from SanFrancisco, USA, Kami Liddle will headline the artistic display while also hostinga workshop series with Suadela throughout the weekend. Kami is a former member and choreographer of

As well as Liddle and Suadela themselves, the show will also feature avariety of performances from Stacey McPartlin and her troupe Polaris (Dublin),Dawn Wang (China), Fatma Turgut (Turkey), Sundrop Mala (India), Grupo CandeaisCork (Brazil), Ciara McKenna (Clare) and much more!

Tickets for  the mesmerising Tribal Republic: A Showcase of Fusion Bellydance and Alternative Arts are available from www.firkincrane.ie or on the door (subject to availability). 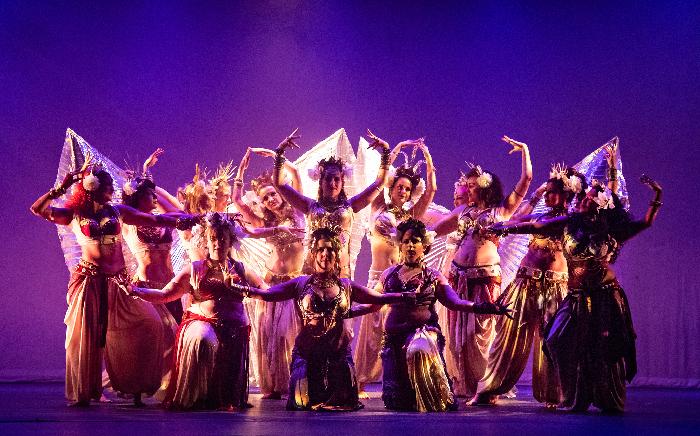