Seun is the youngest son of legendary afrobeat pioneer FELA KUTI and leads his father’s former band Egypt 80. At the age of nine Seun expressed the wish to sing to his father. A short while later Seun started acting as a sort of mascot at the concerts of Fela, and would sing a few songs backed by Egypt 80, before his father took to the stage. Since then, Seun has followed the political and social ethos of his father.

After Fela’s death in 1997, Seun, then only 14 years old, became the lead singer of Egypt 80. While still in school, Seun had to choose between a career in music and one in American Football for which he has an outstanding talent.

The Egypt 80 line-up consists of musicians that not only played with Fela Kuti, but often were arrested and harassed alongside the founder of the Afrobeat movement, Fela. His shows were always a mix of his father’s tunes and his own. Although the elder Kuti never performed his recorded work

on-stage, Seun felt it important that these compositions get a live hearing and added them to his own set.

“As the son of Afrobeat icon Fela Kuti, Seun Kuti carries a torch for infectious grooves and political songwriting.” – NPR 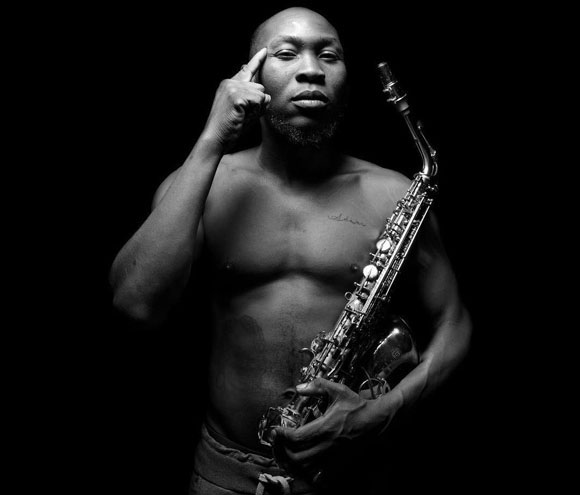