**Tickets will remain valid for the new date when it is announced, refunds are also available from point of purchase**

Founded in 2011 in Vienna, Austria, the aim of Harakiri for the sky has always been to create a unique mixture of melancholy and aggression, madness and meaning, and wrapped in alternately manic/mellow songs that bridged black metal and atmospheric post-rock. The band was initially begun as a studio project by erstwhile Bifröst member M. S. joined by vocalist/lyricist J. J., and has recently been expanded to a live lineup.

With that lineup secured, Harakiri for the Sky then embarked upon a lot successful European tours with the likes of A Forest of Stars, Der Weg Einer Freiheit, Dool, Sylvaine, Fäulnis, Ellende , Draconian and Agrypnie among others, encompassing over 25 countries to date.

2016 marks the release of the masterwork III: Trauma and Harakiri for the Sky got great acclaim from critics and audiences

and a nominee for the “Amadeus Austrian Music Award”

Arson, the 4th album , acclaimed to be one of the albums of the year 2018. It ranked on #29 in the german album charts and #62 in the austrian album charts. 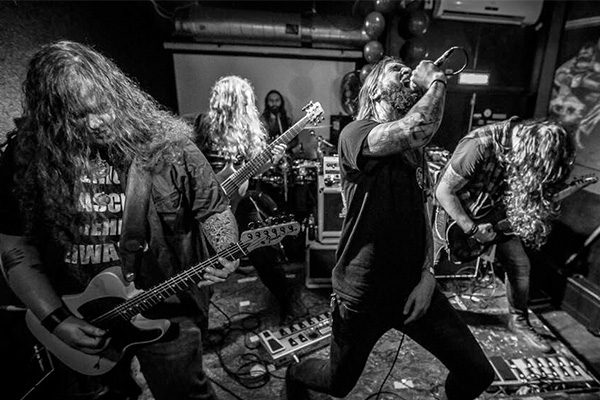