Patrick McDonnell has been standing up and making people laugh since 1996, when he appeared as a novice at the Kilkenny Cat Laughs Comedy Festival. He later went on to appear in the final of Channel 4’s So You Think You’re Funny? competition in Edinburgh.

“McDonnell’s stand-up routine is a delight, a cynical, angry beast of a set which never loses its comic edge” – The Scotsman

Patrick co-wrote and performed on two series of the O Show for BBC Radio 4. He has also appeared in a number of short films, including Solomon I, Swag, Stephanie Knows Who, Mebollix and the feature films Last Day in Dublin, Handsome Devil, Everything Looks Better in the Sunshine and Separation Anxiety. He has written and appeared in the Irish Film Board short film My Life For Ireland. His television appearances as a stand-up include The Empire Laughs Back for BBC N.I and RTE’s The Lounge.

“Splendidly original and a bit bizarre, he is the business” – The Sunday Times.

Patrick has enjoyed continued success as a stand-up, touring with Deirdre O’Kane, Pat Short and Tommy Tiernan and headlining in his own right up and down the country. He has been extremely busy performing on television over the past two decades: in the award winning Naked camera, the IFTA nominated The Savage Eye on RTE 2, The Tommy Tiernan Show on RTE 1,in the critically acclaimed Moone Boy on Sky One, Bridget and Eamon on RTE 2 and more recently as a frustrated Garda in Cork’s own The Young Offenders. He will, however,always be remembered as iconic country singer Eoin McLove from the greatest Irish sitcom ever made Father Ted. 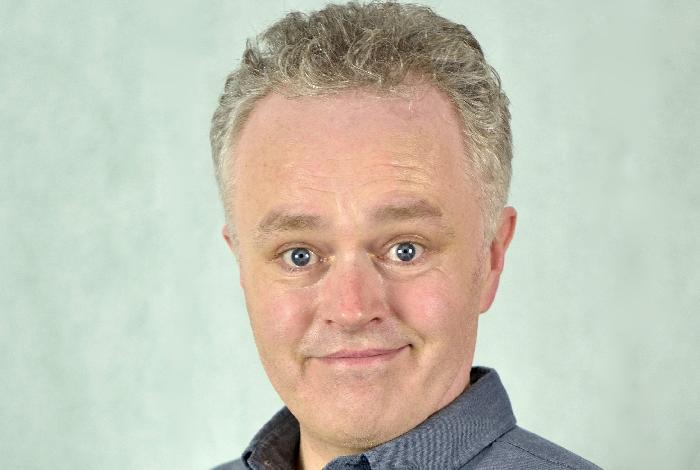