Elton John has announced he will conclude his world-famous Farewell Yellow Brick Road Tour with European and North American Stadium dates to include a further Irish date as part of his Final Tour at Páirc Uí Chaoimh in Cork. The critically acclaimed show takes the audience on a magical journey through his incredible 50-year career with never-before-seen-photos and videos, all set to the tune of some of Elton’s most beloved songs from his legendary catalogue including, ‘Bennie and the Jets,’ ‘Rocket Man,’ ‘Tiny Dancer,’ and ‘Philadelphia Freedom.’

The newly announced Cork date will follow Elton's Farewell Yellow Brick Road sold out shows at Dublin's 3Arena on 04 & 04 December 2021 and The SSE Arena Belfast on 06 December 2021 that have been rescheduled from 2020. The Cork date will be the final time Elton John plays on tour in Ireland.

Elton has recently won the 2021 iHeartRadio “Golden Icon” Award, and his tour has received top awards including the 2020 iHeartRadio Music Award for “Tour Of The Year,” 2020 Pollstar “Major Tour of the Year” and the 2019 Billboard Music Award

for the “Top Rock Tour.”

Elton John is one of the top-selling solo artists of all time, with 1 diamond, 38 platinum or multi-platinum, and 26 gold albums, over 50 Top 40 hits, and sales of more than 300 million records worldwide. He holds the record for the biggest-selling single of all time, ‘Candle in the Wind 1997’, which sold over 33 million copies. ‘Diamonds’ the Ultimate Greatest Hits album, reached the Top 5 of the UK album charts on its release in November 2017 and became his 40th UK Top 40 album. This release celebrated 50 years of his songwriting partnership with Bernie Taupin. In August 2018 Elton was named as the most successful male solo artist in Billboard Hot 100 chart history, having logged 67 entries, including nine No. 1s and 27 Top 10s.

2019 saw the release of the fantasy musical movie of his life - Rocketman, that gained critical and commercial success with almost $200 million at the box office. The film has won an Academy Award and two Golden Globe Awards, including Best Original Song. His much-awaited autobiography Me, was published and released on 15 October, 2019.

In 1992, Elton established the Elton John AIDS Foundation, which today is one of the leading non-profit HIV/AIDS organizations and has raised over $450 million to date in the global fight against HIV/AIDS. In June 2019, President Emmanuel Macron presented Elton the Légion d’Honneur, France’s highest award, for his lifetime contribution to the arts and the fight against HIV/AIDS.

See the amazing man in action live on stage in Ireland for his Farewell Yellow Brick Road Tour, The Final Tour 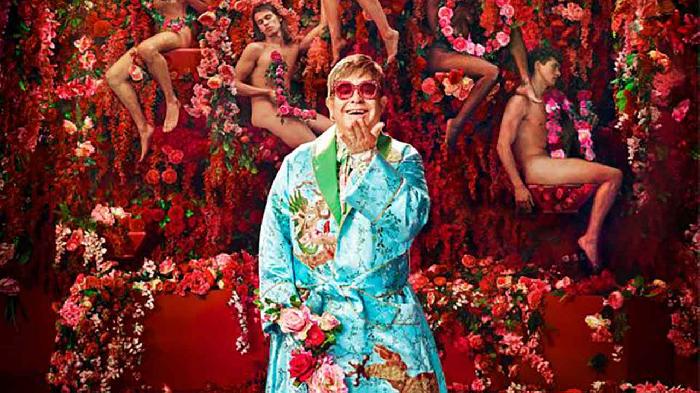