Electro Night at Sea Church - one of the first of its kind. Attractive to fans of great electronic music in a venue with a twist. Both the aficionados and the curious will find something to love. 2 performances will take place in Sea Church for this cornucopia of alternative acts followed by our in-house DJ.

Since debuting in 2011, New Jackson has been producing romantic and nocturnal electronic music from his windswept studio besides the Irish Sea. Having released on such luminary club labels as Permanent Vacation, Hivern Discs and Dublin’s own All City Records,his evocative and sophisticated club music has found itself swept out to Europe’s finest dancefloors, and into the record bags of it’s most esteemed selectors.

experimental and classical genres to rousing and authentic effect. Kitt’s “MPC-mindset” often thrives as the rhythmic centre of each production, reflecting a lifelong love affair with the machine first-established Kitt produced as part of Dublin's 'Thomas The Skank Engine' crew, who were behind the now legendary Dub Trax parties.

Nonetheless, the tracks exist firmly in dance music’s underground diaspora, stripped of novelty and nonchalance into something emotive but always physical. The woozy vocoder at the centre of ‘Sat Around Here Waiting’ continues to turn heads in clubs since it’s sudden, delightful arrival on John Talabot’s Hivern Discs imprint in 2013, matched by 2014’s ‘Having A Coke With You’, an unforgettable slice of acid-house melancholy, defined by a memorable sample and poignant strings.

This steady stream of singles laid the gradual foundations for New Jackson’s debut LP, ‘From Night to Night’, released in 2017 on Dublin’s All City Records. Hailed by The Irish Times as “a gratifying and hugely satisfying collection”, it perfectly framed his dancefloor impulses with a wider palette of sound, deftly blending influences as disparate as Larry Heard, Pete Rock and Arthur Russell. This same weaving of tempo, genre and context inform New Jackson’s DJ sets, that have taken him to clubs including Berlin’s Panorama Bar, Robert Johnson In Frankfurt, Output in New York and Amsterdam’s Sugar Factory. His live show recently made its Ibiza debut at Pacha Destino as part of Solomun's Plus Live series.

Currently working on a follow-up LP for Munich's Permanent Vacation label New Jackson continues to impress with his expansive sound and musical philosophy.

“With emotionally stirring songwriting and lush electronic, atmospheric production, Vale (Eoin Hally) excels at marrying ambient, cinematic tones with rock and pop sensibilities and conventions.” - Hot Press Magazine “After a decade spent living in Cork, Vale returned to Clonmel two years ago with a studio of his own for the first time. Since then he’s been releasing a series of ambient, cinematic singles that Radiohead and Animal Collective fans should particularly enjoy.” - Sunday Business Post “Tipperary electro-pop pioneer Eoin Hally aka Vale is on top form on the new single from his sixsong EP Aftertouch.” - Broadsheet.ie Vale is songwriter and producer Eoin Hally's most striking musical project to date; one that isn’t afraid to push boundaries, nor is it afraid to show restraint. The result is expansive music that is as lush as it is sparse, with just the right level of restraint in between crescendos. This is music that is crying out to be experienced underneath a stretch tent, resplendent with an immersive AV show. Having been conceptualized just before the dawn of lockdown in Ireland, the USA and Iceland, an incredible Vale live show is in the works with a full four piece band that includes Alex Ridley (HousePlants, Daithí) on drums, David O’Connor (Pale Rivers, The Workshop Studio) on Ableton and samples duty, Kate Twohig on piano and OP1 and Hally himself on vocals and, as he puts it, a whole bunch of synths. Vale released his debut single 'Tore it Down' in October 2020, collaborating with producer Owen Lewis (Nashville). Further singles followed, earning enviable press coverage and airplay in Vale’s native Ireland. In April 2022, he released debut EP, Aftertouch. Vale has supported established Irish acts such as House Plants and Soda Blonde. He is currently writing his debut album. 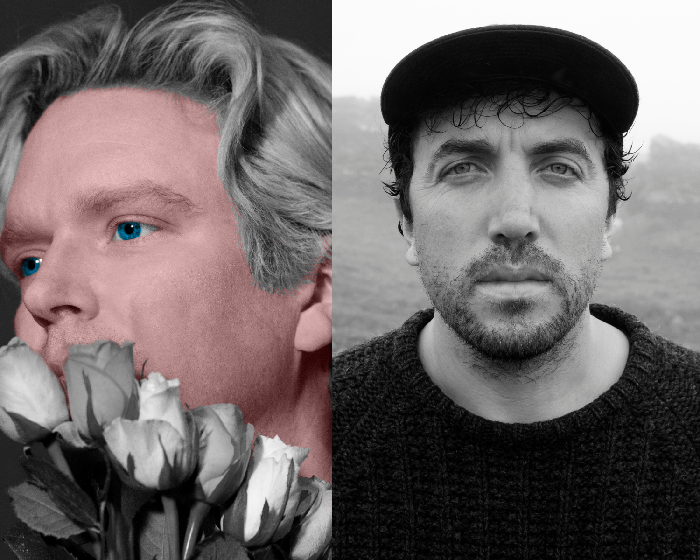