Experience the explosive energy of Cork City Samba Band this Saturday in Clonakilty as part of the town's Vintage Festival. The band will play at various spots around the town centre from 2pm until 5.30pm starting at DeBarras.

The band went down a storm at The Great Beyond Festival in Kinsale last summer and have previously played several festivals including Townlands Carnival, Cork Jazz Festival, Live at the Marquee, Cork Opera House as well as playing at one of Europe's biggest samba festivals, Brazilica, in the UK. 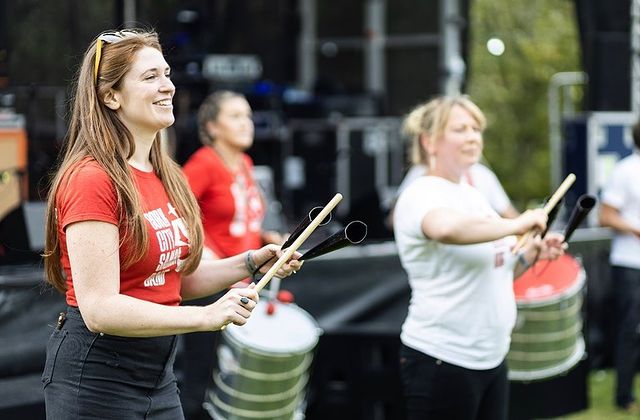