The CoCo Comedy Club are proud to present Fiona Frawley:

A fast rising talent on the Irish comedy scene, Fiona uses quick wit, dry humour and the appropriate amount of cringe to give the people what they want – jokes that make them feel better about their own awkward existence.

Fiona can regularly be found on Ireland’s most iconic comedy stages including at Vicar Street where she recently supported Tommy Tiernan, and Cherry Comedy where she is a resident MC. She has performed at the country’s top festivals including Electric Picnic and the Vodafone Comedy Festival, and also beat the gong at the famous Comedy Store in London.

“The excitement around Frawley continues to grow!” – Hot Press

“You’re so relatable!” – A girl in the front row of a gig one time

T?he rest of the line-up is equally stacked! Including Resident MC Cornelius Patrick O'Sullivan, who is just off multiple performances at the Everyman Theatre. Cornelius always brings tons of zany energy

and is notorious for picking on our crowds. He is joined by resident comedians Daniel Lukas and Aaron Mac. 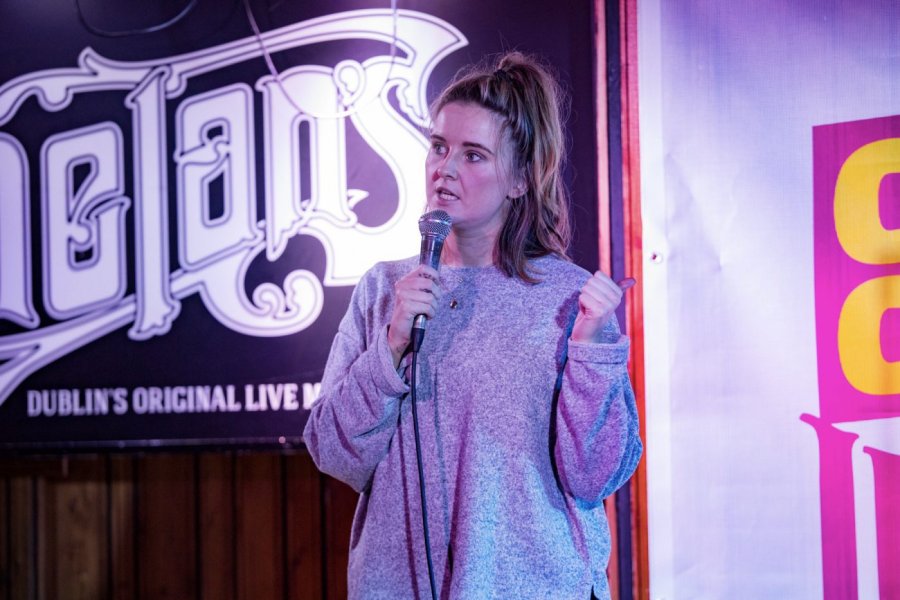