Chasing Abbey are a dance pop trio from Tullamore comprised of artists Ro, Teddy C and Bee. Childhood friends, the trio are multi-instrumentalist producers and singers whose expertise helped skyrocket Chasing Abbey to unparalleled industry success in Ireland, as well as becoming award-winning artists for their debut self-release That Good Thing (winning the prestigious RTÉ Choice Music Prize Song of the Year award), simultaneously the most Shazamed song in the country at the time.

Chasing Abbey’s second release, ‘Talk to Me’, exploded on radio and became the official track for the Football Association of Ireland 2018 and landed major television syncs such as Celebrity Big Brother, among others. Their third single ‘Choices’ saw the group shoot straight to the #1 in the charts within hours of its release.

In 2018, Chasing Abbey brandished their live capabilities playing to crowds upwards of 20,000 supporting The Chainsmokers/Rita Ora at Dublin’s RDS stadium, and headlining festivals like Sea Sessions and Longitude, as well as supporting Zara Larsson and Martin Garrix in Belfast, and Enrique Iglesias at the

3Arena. The group’s debut tour The Rollout sold out across the country.

In 2019, Chasing Abbey independently released their debut EP The Odyssey Project. The release was premiered exclusively on world-renowned Billboard Magazine, with Billboard citing Chasing Abbey as a “juggernaut trio from Ireland” and “consummate underdogs”, describing their music as “pop shimmer”

Chasing Abbey have subsequently found themselves as headline acts on festival bills such as Longitude, and their follow-up tour ‘The Culchie Kid Tour’ saw them headline and sell out iconic venues across Ireland such as Dublin’s Olympia Theatre. Tapping into their Generation Z audience, Chasing Abbey also enjoyed huge viral success on TikTok with their hit single, ‘Dominos’.

In 2020, the trio went back into the studio with acclaimed producer Alan Sampson (responsible for huge viral hit Ride It by Regard) where they have developed a new catalogue of songs across a dance-pop soundscape, leading with the release of ‘Lately’ on September 18th.

The release of Lately saw Chasing Abbey skyrocket to No.1 on the Official Homegrown charts as well as No.1 on the Shazam charts. Landing at no.26 on the international charts, Lately was the only independent release to enter the top 50, and Chasing Abbey were the only other Irish act in the top 50 along with Dermot Kennedy. The track also received widespread support from Irish radio, which in turn has led to over 22 million impacts to date. 'Lately' has gone on to amass over 1.5 million streams, and reached No.23 on the Spotify Viral Chart thanks to features on popular editorial playlists such as New Music Friday UK, Dance Rising and Massive Dance Hits. The track has also taken on a life of its own on TikTok, where the sound has gone viral alongside a dance created by Chasing Abbey themselves, as well as input from huge viral creators such as Tadhg Fleming (2.4 million followers) and magician Joel (8.5 million followers), as well as entering TikTok’s New Music chart an No.7 and its Dance Music chart at No.6. 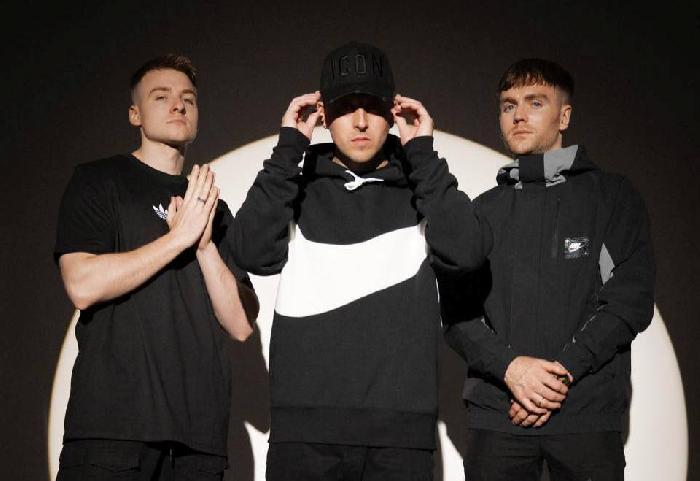