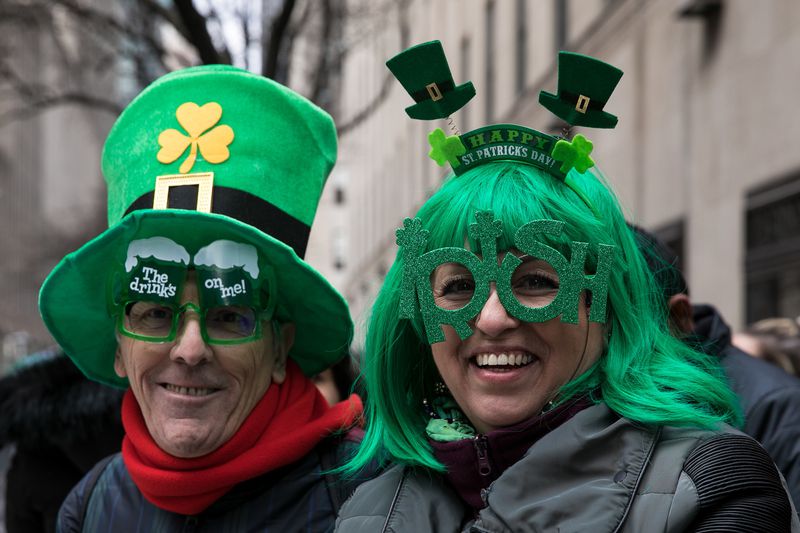 Last Sunday this column spotted another sign that the pandemic is all but over: American tourists in Blarney.

Previously more common than unconscious Kerry students laid out on Washington Street on a Tuesday night, foreign visitors to Cork disappeared completely during the pandemic.

However, local tourist attractions are reporting that ‘species’ such as The Loud Talking Anoraked Yank, The Guilt-Ridden Anti-Brexit Brit and Ze Cycling Cherman are finally starting to come back in numbers – the trickle of tourists that appeared in February is now a steady stream at Cork Airport.

When this year’s (slightly concerning) Double Paddy’s Bank Holiday Weekend is over, it is expected that all three species will have their ‘nearly extinct’ label changed to ‘extremely common’ by the time Irish people crawl (or are dragged out of bed) back to work on Monday 21st March after four days of what is likely to be very sloppy, post-pandemic pinting carnage.

With the weight of all the drinks to be drunk and the horrendous hangovers to be hung, it’s not unreasonable to suggest that the country itself might start to take on water and become partially submerged in the north Atlantic – a hazard to international shipping.

Imagine climbing out the window of a half-sunken pub after a four-day session with a head like a small hospital on you, only to be pushed back in by the wash of a gigantic cargo ship as its captain searches for the dock they normally unload their containers at. Probably a sign you should have one last drink to try to make sense of it all too.

And your TikTok video called “When the Wild Atlantic Way Literally Came into an Irish Pub for a Session” showing a packed, half-flooded pub at 8 O’Clock on a Monday morning would go viral if you hadn’t lost your phone when you went bananas after Peter O’Mahony scored the winner against the Scots on the Saturday (or “24 pints ago”, in your new time zone).

That’s the kind of ‘Maddest Session Ever’ tale that would make you a legend in the work canteen. At least until ‘Big Clon Tom’ arrives in a week later and explains that his Paddys Day session that started in Clonakilty finished up 10 days later with him waking up in a yurt in north eastern Mongolia wearing a tutu and spooning a Siberian ibex for warmth.

Tourists hoping to visit the emerald isle next week should be advised upon entering the state that the level of alcohol-fuelled mayhem that they will be greeted by will be on the more intense side of bedlam.

On a scale of one to ten (where one is proper Paddy’s Weekend madness and ten is when the level of partying is so intense that the country ends up on the agenda of the UN Security Council) this year’s ‘reawakening’ is likely to be at least a high nine.

It’s fair to say the four Yanks this column spotted in Blarney were of the non-clichéd variety – perhaps trying to get a trip to Cork and Blarney Castle in before both the ‘Double Paddy’ insanity kicks off, but also getting in ahead of the bus loads of their deafeningly loud compatriots who will start thundering into the country next week.

Yerra, you know the type: clogging up the stairs to the castle with their 54-inch waist lines and drooling all over the stone with their Big Mac breath and roaring their personal biographies and tenuous Irish connections at the Blarney youth smiling sympathetically behind the desk in the gift shop after they get airlifted back down by helicopter.

The Brits are trickling back too, God bless them, bravely risking a trip to the European Union – the former oppressor that, for more than 40 years, tied their country up in a straight jacket of generous trade opportunities, frictionless travel, security cooperation and cheap, hard working, European labour.