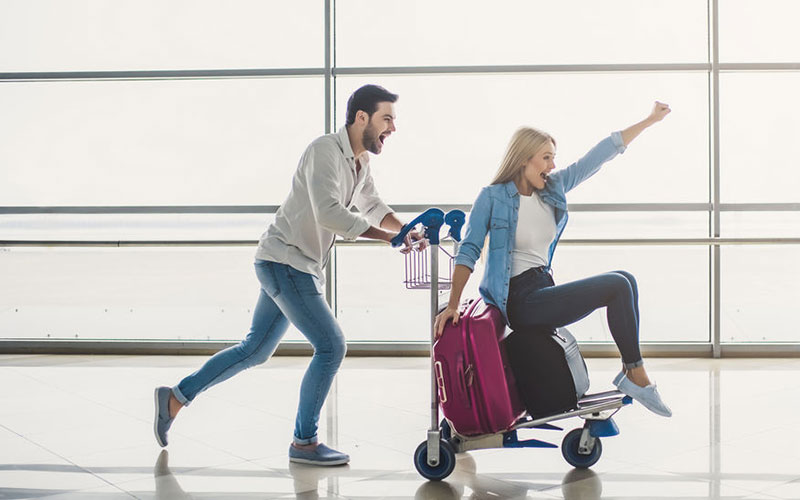 There are heroes all over the shop during this unprecedented health crisis – from frontline workers and people working in supermarkets to parents and their kids self-isolating at home to prevent the spread of the virus.

It’s hard to keep up the effort especially when nobody knows when we’ll be able to get back to normal. To assist morale, we’ve released details of what parents will be entitled to after serving their country by keeping their kids isolated and indoors for weeks on end.

The post-lockdown exchange rate for parents with children under 7 seven years old, is one all-nighter on the lash per child per week of lockdown. The deal is that the kids stay with the grandparents or else The Wrinklies fork out a day’s pay for a babysitter and your five-star hotel with a sauna where the staff turn a blind eye to exhausted parents drinking flagons directly from the bottle while being turned into prunes.

Let’s see how much nana and granda “really miss” their grandchildren after 24 hours of a post-lockdown energy release.

Meanwhile parents of children between 7 and 12 years old will be delighted to learn that they will be entitled to rock out at one music festival per fortnight of lockdown.

This includes unlimited debauchery; optional bag of yokes depending on the line-up of acts and being brought home by Gardaí with a wry smile on their faces. They know what happened. Yourself and Herself know what happened. And Liam Gallagher accepted your apology. Nobody else needs to know.

After weeks of lockdown with the kids, the thought of lying in a cold, wet tent in a field with demented Dubs all around you playing “music” that sounds like a mad duck from the Lough being attacked by an annoying, shouty 2FM morning DJ with a kangohammer is the kind of mental image you need to focus on to stay strong. Anything, but that new Disney channel.

And now for the real lockdown martyrs who managed to keep their boisterous, hormonal, covid-carrying teenagers from going outside the door for the last few weeks. They have served their country gallantly and they will be rewarded handsomely when this is over.

These parents will be entitled to one full week in Santa Ponsa with phones in permanent airplane mode, unlimited booze and all the white-socks and sandal walks they want without pubescent minions telling them how embarrassed they are to be in their presence.

If you’re a parent of a teen don’t fret about acting like one when you’re away, because this reward package also includes a once-off “get out of jail” card when you create an international incident in an Irish bar that results in global media coverage, becoming an internet meme and having to get Simon Coveney involved just to be allowed on the flight back to Cork.

He’ll do the furrowed disapproving brow of a diplomatic politician like he does anytime Borris says something stupid, and give you the impression that you “over did it a little” to put it mildly. But, deep down the langer is ragingly jealous.

While you were on the ran-tan for the week in the sun, he was pouring over the mind-numbing detail of post-Brexit regulatory alignment in the biotech sector with a humourless monotone EU bureaucrat that he suspects might be an android.

Coveney and his kind are just putting on a show, just like the head of police in Majorca, the district court judge in Santa Ponsa and the official from the Department of Foreign Affairs - they all have kids too.

They would have loved nothing more than to have been swinging their wife beater vest over their heads in helicopter mode to Neil Diamond’s ‘Sweet Caroline’ at 3am, just like you were.

To be fair to them, they would have probably stopped at the point it that it became clear that the three scantily clad Columbian young ones and their mean-looking six-foot-eight Russian “husbands” (that you and the wife were “having great craic with” - according to police notes), said that they didn’t believe Cork would win an All-Ireland in the next ten years.

In all fairness like, you didn’t know that they were part of the biggest international drug trafficking gang in the world and had been hiding out in D’Ponsa for two years. You didn’t know they were only winding you up either.

And in all fairness like, they didn’t know you always keep your hurley on you or that you had been locked up with your teenage kids for weeks on end and had more pent up rage to release than Davy Fitz after being locked in a tumble dryer on the “45 min turbo” setting.

It was never going to end well. For them anyway. You got a week away from the kids and you deserved every minute of it. The Russian lads got what they deserved too - let’s just say they won’t be available to attend any county final this year.

But there’s every chance you’ll be at both of them – because despite all we’ve been through so far, one fact remains: the double is still on.

Hupyaboya! Keep the faith, your reward is coming soon!