<< Valentines Day Poem To Cork
A List For Mick >>

How a United Ireland Could Herald A People's Republic

It is acknowledged by even the most Dublincentric politicians and media commentators, that Ireland is the most centralised country in the European Union.

Decisions regarding how, where and when Corkonians’ taxes are spent are made almost exclusively inside the traffic choked M50, circling the capital in its crown of smog.

Compared to other European countries, Cork’s city and county councillors have very limited power – doing their best to effect change through a limited ability to create byelaws – their best bet often being reduced to lobbying disinterested government TDs in their own parties for some crumbs from Dublin’s table.

The control they have on their own city and county, is pretty much like the influence you’d have on a drunk driver trying to steer a car around a dangerous bend whilst you are blindfolded and locked in the boot. You can shout all the sober, common sense you want, but even if those in the driving seat hear you, they’re not really listening – they’re drunk on power.

Projects like the event centre (now four years since the infamous sod turning) show how little power elected councillors have on their own locality. In other countries, local councils would manage this from start to finish.

Unionists have witnessed repeated polls of English voters in the last two years, saying they’d happily ditch Northern Ireland to ‘get Brexit done’. Recent bluster about a £20 billion bridge across the Irish sea to Scotland is pie in the sky, but is being used by Downing Street as a false fig leaf to unionists who feel abandoned by London.


Unionists are burying their head in the sand – few contemplating the reality that if Scotland left Britain to regain their European credentials, the Irish sea bridge would only lead to another part of the EU and not Britain. It’s just more BS from Borris.

There is evidence to show that many unionists may be coming around to accepting the uncomfortable reality that the British public couldn’t care less about Northern Ireland (last October a Lord Ashcroft poll showed only 35% of English voters think the north should remain part of the UK) and may reluctantly be looking south at the alternative to Brexit Britain.

How attractive to Nordies, of all persuasions and none, is the prospect of joining a highly centralised country where almost all politicaldecisions are exclusively made in Dublin?

Would unionists rather hold on to their devolved assembly in Brexit Britain with a modest amount of autonomy or relinquish that regional power to Europe’s most centralised country that we, here in Cork, are also subjected to? 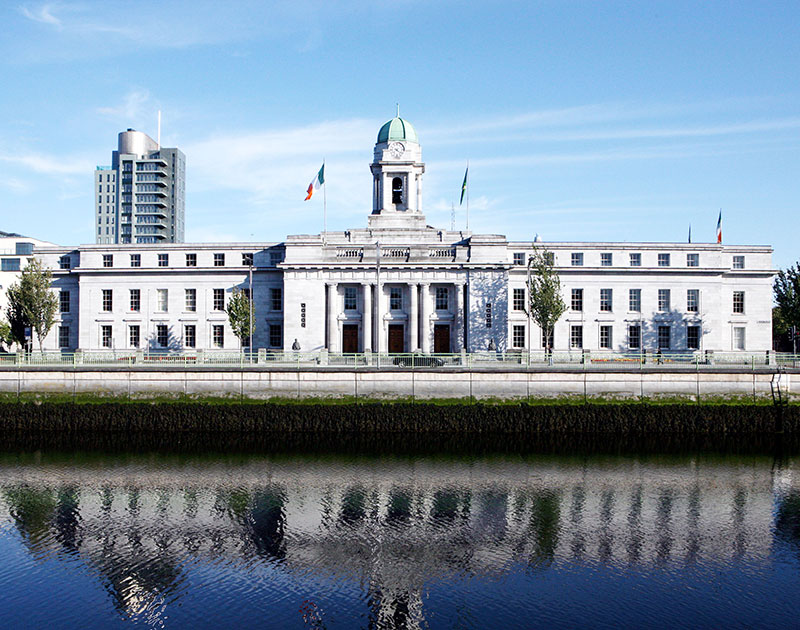 This is where Cork comes in.

Under the current Dublincentric system in the Republic, if the border was removed, Stormont would be reduced to the status of a local council – instead of controlling spending on health, education and policing, local representatives will find themselves deciding the size of dog litter fines and debating which pothole to fill next with the paltry central funding they now control.

If it comes to a border poll, pragmatic unionists who could be convinced that the likes of a Waterford TD shouting “up the ‘RA!” are just the dying embers of violent Republicanism, will look at whether their day-to-day lives would be better or worse in a united Ireland: stripping them of their regional autonomy would be like trying to open a hurley shop on Belfast’s Shankill Road. You just couldn’t sell it.


Rather than seeing the People’s Republic of Cork as some sort of threat to Irish sovereignty, it should be seen as a major selling point for unionists to opt-in to a united island. Nordie unionists and Corkonians share a healthy distain for Dublin – that’s a good starting point for any discussions about unity.

There are highly emotive issues like the Irish language and Orange marches that can be dealt with sensitively (noting that unionists welcomed Queen Victoria to Belfast with a huge “Céad Míle Fáilte” and that 11 southern counties, have functioning Orange Order lodges that blend seamlessly/irrelevantly into their local communities), but these cloud thought on the practicalities of how the cogs of a new state would be work.


Take one example of hundreds that would need to be hammered out: all Nordies have free GP care whereas in the south, only kids up to six years old can see a doctor for free. It’s an expensive, but attractive plus to living in the six counties that undecided Nordies could cling to, if asked to vote in a border poll.

Trying to rail road them into unification without at least removing or addressing many of their greatest fears about “Dublin rule”, would be an act of national self-harm. Therefore, the prospect of regional autonomy where different parts of the country can decide for themselves what they spend their taxes on, would greatly reduce anxieties and animosities about Dublin ruling the roost.
That goes for Cork too.

If Sinn Féin are really serious about a border poll, then we all need to see that they are serious about regional autonomy for the parts of the island that want similar local government to other European regions that enjoy a large amount of self-rule.

If we want to “build an Ireland of equals” then there’s no better place to roll out regional autonomy first, than here in the People’s Republic.

<< Valentines Day Poem To Cork
A List For Mick >>