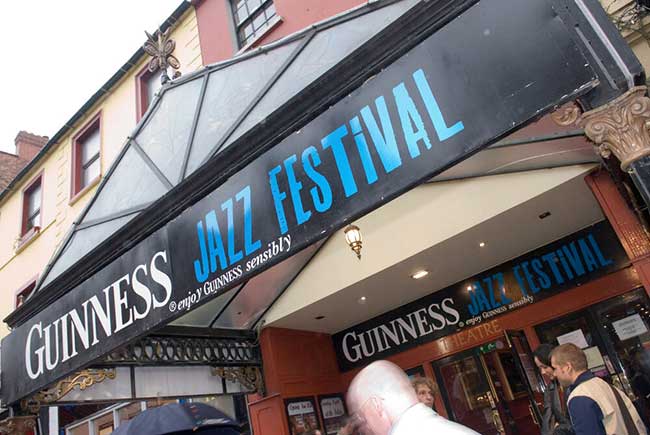 By now, social media and whats-app groups would be buzzing with talk about the best gigs – the Thursday afternoon start to the festival and the subsequent publicity, catching casual Corkonians by surprise and sending them into a ticket seeking frenzy.

The slightly-annoying, organised friend on the group chat posts the results of his research:

Opera House: completely sold out.
Everyman: not a hope in hell.
Half Moon: forget it.
Triskel: tickets gone for everything but half talk that crowd from Norway might do a second show, but they sound a bit weird.

The innocent questions on a Thursday afternoon asking “What’s good?” are quickly downgraded to “What’s left?” by Friday morning.

Who really cares though? It’s often the random stuff you happen upon rather than the headline acts that make for a memorable jazz festival and half the craic is wandering from pub to pub anyway, seeing if that up-and-coming soul act from Dublin that are getting loads of airplay on the national stations are actually any good (probably not) or if the brass band from New Orleans are as class in a pub as they sounded when your mam sent you a shaky video of them playing on Patrick Street earlier in the day.

We’ll miss the ‘anything but jazz’ cribbers too and the social media trolls whose entire weekend consists of posting ‘sure, dass not jazz!!!’ under footage of any act that doesn’t appear to comply with the strict musical limits of jazz they just created in their own heads.

So you head out anyway without tickets and there’s no plan except to start somewhere and see what happens and it ends up being brilliant purely because there are so many heads around and you’re all gatting on with abandon and the craic is ninety five.

After an hour there are rumours of a good band playing in another bar down the street and it takes another half hour by the time everyone’s ready to move. Then you get there and spend five minutes working your way through the crowd only to hear the band thanking everyone for coming and announcing that this is their last tune.

When the band finishes someone hands you another pint and tells you that it’s your round next:

“Grand, yeah. Pity we didn’t get tickets for the Opera House. Some feen on Insta’ there saying the atmosphere’s unreal”

Where’s Leary?
And then there’s the missing friend who got a bit too locked too quickly and his phone is off. Maybe he got the shift, or went for chips, or maybe he’s asleep next to the bass bins of a pounding 4000 watt P.A. system in the last pub you were in.

You can’t go searching for him though because you can’t give up on having gotten so close to the bar. You’ve been lucky: you’re only queueing for pints for ten minutes and already it looks like you might get served within the next half hour – assuming you don’t pass out from the heat because you don’t have enough elbow room to take your big woolly coat off.

There are two low-sized wans who’ve cheekily wiggled their way through the chaotic “queue”, but whose advances towards the bar counter have been halted by your splayed elbows.

If you move to take off your jacket one of these cut-throat bitches could slip ahead and you’ve got a pack of very thirsty friends behind you who are sobering up quickly and who are giving you ‘whats-the-story?!’ glances every time you look around. Hang tough, player: it’s dog eat dog!

Jazzdemic
In the sad reality of our new normal, the thought of packed out venues and being pressed up against your fellow Corkonians singing along to some band with a head full of gat just seems preposterous to us all now. It’d be like looking back at pictures of open sewers from the early 20th century.

The sight of two people shifting in the crowd at a gig would be enough to make us sick or at least film it and post the outrageous act online: “Look at this! Two strangers voluntarily exchanging saliva! Disgusting!”

We have to believe we will go back to it though – that one day we will all be wedged up against each other in a Cork pub, desperate to get the attention of the barman while a visibly locked band bangs out dodgy not-so-jazzy cover versions at a ludicrous volume.

We have to believe that one day soon we will again roar into our friend’s ear:
“Definitely gonna get on the tickets thing much earlier next year!”