On Saturday morning last, this column happened to be stopped in traffic on the Kinsale Road with a perfect view into Musgrave Park. Underage rugby training was underway and you could hear whistle blasts signalling the start and end of drills.

Underneath the nearest goal posts just above the drive-thru fast-food restaurant, was a young boy about 9 or 10 years old quietly taking penalties – clearly biding his time while a bigger sister or brother practiced scrummaging in the distance. The thing that stood out was that it was a hurley and sliotar in his hands rather than a rugby ball. The hurling buzz around the city and county was literally everywhere.

Having seen our under-20’s win the All-Ireland twice in the space of 5 weeks, that evening that young Cork boy would see his county crush Galway in the minor All-Ireland final – the county’s first title in 20 years.

The next day however, the run of 10 straight Cork hurling wins since July ended with our senior team sprinting full belt into a large unmoveable wall. We all felt the pain. 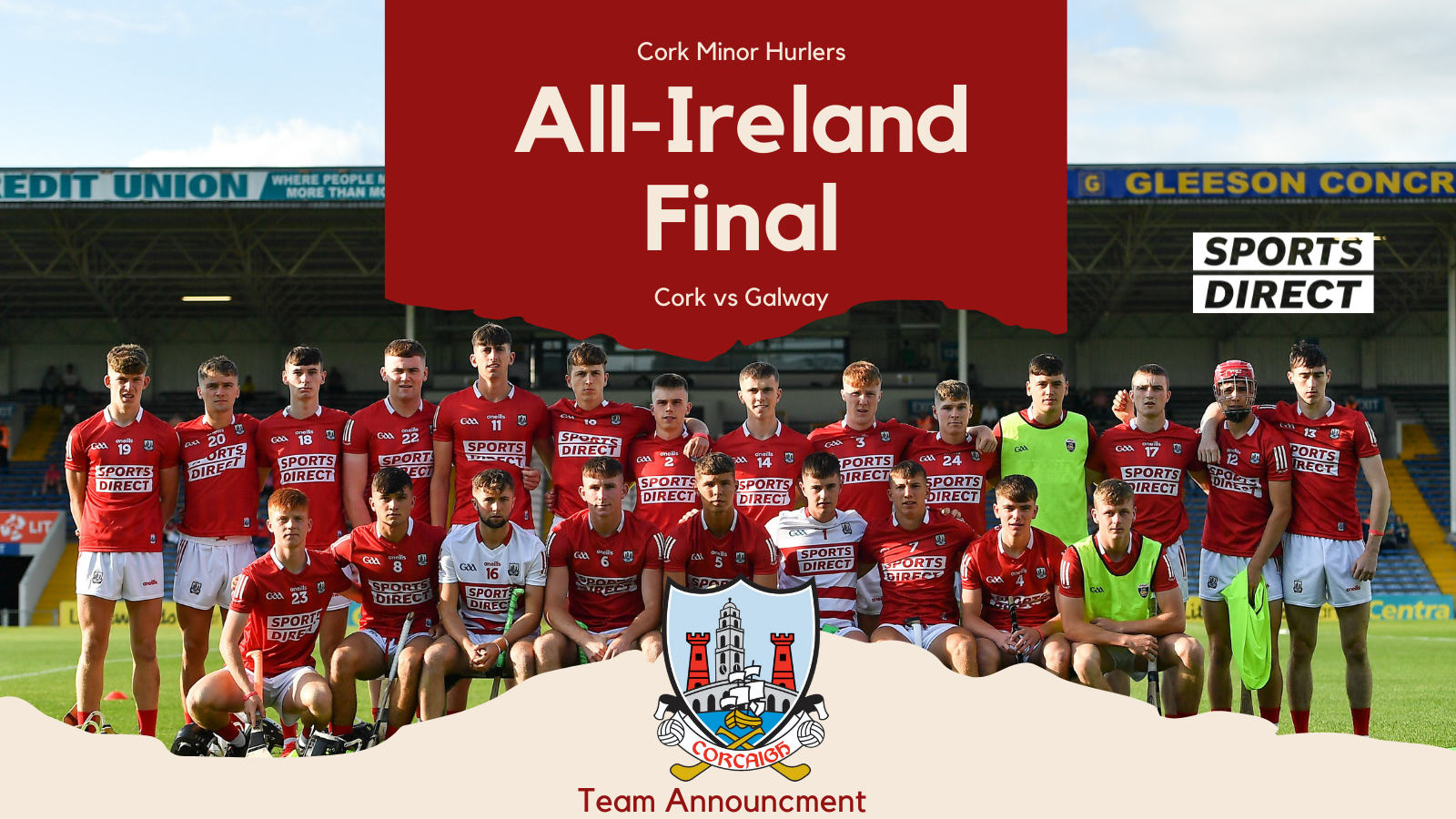 Fans react to the crushing disappointment of a big defeat in different ways. Some of us think of the players and how low they must have felt at performing way below their best - we hope they’ll learn from this and drive on next year.

For others, the disappointment manifests itself as a furious, often childish, rage. Blame must be attributed: the management, the players, the county board, the strikes, referees, Donal Óg’s haircut, the robot trees etc etc.

On social media, shameful one-liners are proposed as solutions by furious daws while local pundits parrot the usual clichés as the county searches for answers.

If there’s one reason to reign in the rage however it’s the next generation - it’s important for grown-ups to help Cork kids brush off the loss.

Smallies don’t need to be infected with any feelings of disillusionment, frustration or childish anger from the adults whose behaviour they copy. We don’t want to give them a sense that all the excitement was in vain and that the great victories against Clare, Dublin and Kilkenny and the underage successes were totally meaningless because the seniors failed at the final hurdle.

Sport creates a common connection between adults and kids – it’s one of the few times that the little ones get to share a big experience like an All-Ireland final build-up with the adults in their life – especially their parents, relatives and neighbours.

The support for our hurlers last week was something to behold. Houses were festooned in red and white. Bunting draped from upstairs windows down to front gates. Flags hanging from bedrooms and perched on cars all around the county. Kids and adults wore red and white all week and many shops, especially locally owned ones, made a huge effort to support the three teams.

Given how bombarded we are by the billion-pound marketing machine that is the English Premier League and the 11-month cycle of professional rugby, some understandably worry about the lure of traditional games on Leeside. If you were in any doubt about how passionate Corkonians are about their hurling though, the last few weeks provided a resounding answer.

From Bere Island to Bartlemy, there’s no way fans could be accused of not getting behind Cork’s three hurling teams. Cork fans were amazing.

All is not lost because of what happened in Croke Park last Sunday. Not only did the build-up help to generate pride in where we’re from and foster a sense of community and belonging, it also turbo-charges interest in the game among young Corkonians. That is by far one of the best things to come out of all the hurling hype we’ve consumed over the summer.

Watching a Cork team that we had so much hope in being beaten badly is gut wrenching for all Corkonians. It takes a few days for many of us to even open a newspaper or dare to dip our toes into the quagmire of social media to look for answers and seek hope for the future. Some won’t look at the sports pages for months in case of re-triggering the trauma.

However bad we might feel about last Sunday, the reality is that there is plenty of hope. The three underage All-Ireland victories since July are rock, solid unwavering proof that there’s plenty to look forward to when the veil of disappointment lifts. And we were one win from an historic Rebel Treble!

As well as the future, there’s a lesson in hope from our past too. In 2007 Cork were at the end of a similarly ferocious beating in the All-Ireland football final against Kerry. We despaired even more when the same thing happened in 2009, but the following year the Rebels were All-Ireland champions after a 30 year wait.

Let’s get that message of hope out to young Rebels.