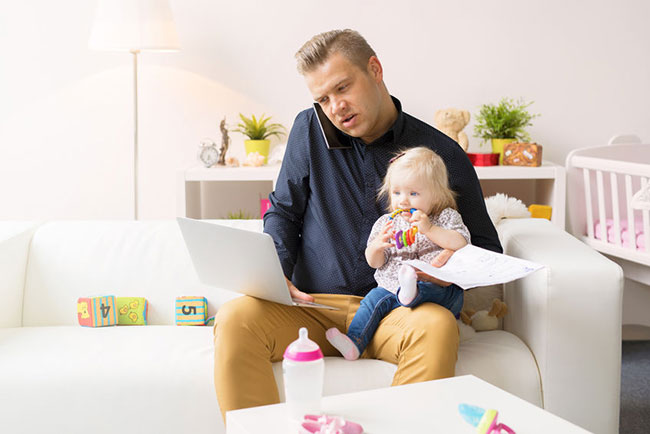 The general feeling around working from home during covid has been positive, with the pros largely outweighing the cons for most.

Firstly, there’s the assurance of being in Cork and never having to leave it and without a commute there’s no early morning roaring at the traffic lights on the Kinsale Roundabout when they change to green and back to red again without any cars budging.

Then there’s not having to deal with a three-mile tailback into the tunnel because some wan who was scrolling through her Instagram feed in traffic, lightly touched her car off the back bumper of some septic feen’s  SUV while they were crawling along the Dunkettle Roundabout.

And who needs being challenged to a fight in the company car park by Tim from accounts because you parked in “his” space this morning? Everyone knows his wife recently had their fifth kid and he needs the ‘quiet spot’ so he can get five minutes kip before work starts.

There’s also balming out in the back garden on a sunny day, heading to the fridge for a ‘reward’ when you finally get that data sheet off to your demanding boss and, of course, getting a bit of DIY done between manic zoom calls along with a whole load of other pluses.

And who hasn’t found themselves “lurking from home”? i.e. hanging around the fringes of a zoom meeting just to be seen to be there, but really watching Pat Horgan’s best points for Cork on Youtube in another window (both impossible to do in person).

Unfortunately, with the greyest of grey Irish winters foisted upon us by our Dublin oppressors in Met Éireann (ah c’mere, did you see the weather they gave the east of the country last week when we were up to our eyes in wet socks?) along with the hurlers, footballers and camogie teams out of their championships, the gloss has been taken off the working-from-home scene now that the pandemic has rolled on into Christmas.

Many Corkonians are realising that maybe a few days a week in the office just to get out of the house and see other human beings that you’re not related to would be no bad thing (you’re excused if you decided to pick up your phone and google ‘how soon can I get the vaccine in Cork?’ just now).

A fast, reliable internet connection is attractive too. The recent, highly publicised, descent of Eir’s business strategy from broadband service provider to Ireland’s biggest Green Sleeves jukebox or, when they eventually answer, something approaching a colony of Kerry seals trying to assemble flat pack furniture, is a real thorn in home workers’ sides.

Their call centre (if you eventually find a shady dealer online willing to sell you their hard-to-find phone number) seems to be manned by just one unfortunate individual who sounds like she’s doing back-to-back 24 hour shifts with sellotape on her eyelids to stop her falling asleep and being responsible for knocking 5% off Ireland’s GDP.

Last week’s Vodafone wipe-out around the country hasn’t helped to fill those working from home with confidence either. There’s only so many times your work colleagues or clients can put up with your head appearing as eight large square pixels and having to guess every second digitally squelched up word you mumble at the screen.

Those with kids might also be changing their tune about the extra ‘precious time’ they’re getting to spend with their children. Grand, if they’re at school for or five hours or if it’s a fine summer’s day and you can set your two and a half year old tasks out the back like hurling drills and digging a hole for an Olympic sized swimming pool (it’s not forced child labour if they get to benefit from it too).

It’s not so grand, if they’re stuck at home for the fifth day in a row because they picked up a light cough at school and you’re waiting two days for the results of a covid test.

Parents must also address some awkward questions like ‘is eight hours straight of back-to-back Peppa Pig something that could have my children taken from me by the state?’ and ‘is it morally acceptable to play senior intercounty hide-and-seek where the kids “win” a fiver for every hour that you “can’t” find them?’.

Young teenagers downstairs in the kitchen making TikTok videos of themselves snorting flour or setting fire to the garden furniture, might be the price you need to pay to get that crucial end of year report done.

As long as you get it done before the fire brigade or the regional drugs unit kick in the front door with sniffer dogs and a search warrant it can be considered a productive day in the new normal.

With satisfaction levels around working from home bottoming out, our favourite pubs still closed and not being able to have visitors to our gafs, the anti-vaccine nutjobs really have their work cut out for them here in Cork.

With three vaccines already in the mix, in response to researchers’ questions about whether we’ll take a shot, many Corkonians who have had their fill of covid restrictions won’t be wondering which one they should take but more, if they can have all three?