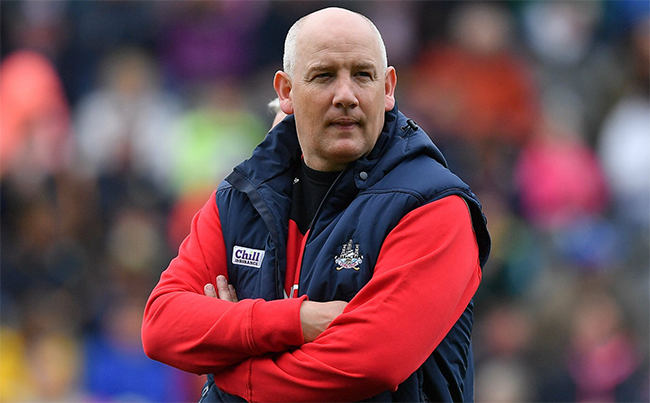 The prospects and mood of a city is often linked to the number of cranes that appear in its skyline: the theory being that the more construction you can see, the better the economy and the happier its people.

However, a large object dominating our skyline that has caused the most outpouring of joy in recent times, has undoubtedly been Cork’s Mark Crane, sorry, Mark Keane, the towering Mitchelstown monstrosity that lifted Rebel spirits two weeks ago.

The Aussie rules giant who is back home in Cork on a break, bagged a last second goal for the Rebels against Kerry in the Munster football semi-final, demolishing the Kingdom’s season in a split second and sending Cork fans leaping around their living rooms like feeding time at Fota’s Monkey Island.

This is a player Cork fans want to look up to. And not just physically. That’s because his goal wasn’t a fluke or because some Kerry fella slid on the surface and the ball ambled over the line. He is typical of the young, never-say-die player that seems to be emerging from the infamous Five Year Plan for Cork football.

For the full glorious picture, you have to look at the patience showed by Cork in the lead up to the goal.

It had us fans on the edge of our seats for two minutes beforehand roaring “JUST LOB IT IN BOY WILLYA!” at the screen from behind the couch, but the lads showed impeccable patience carefully passing the slippery bar of soap around, looking for a chink in the Kingdom’s tiring armour.

We have little appreciation for how little energy the players must have had left at that point after playing in conditions that you wouldn’t put a Borris Johnson out in. Or maybe we’re looking at that the wrong way: we have little appreciation for how much training our footballers have had to put in  over the pandemic to have some energy left to hold their nerve and be able to do what they did so late in extra time.

After probing the Kerry defence for what seemed like forever, suddenly, Seán Meahan took off like a mad, wild hound and magically weaved through three defenders. He deftly hand passed out to Luke Connolly who sent a ball so high into the Kerry square it almost came down with snow on it.

As the ball rose way up above the stand and began to descend it would have passed all the tall cranes dotted around the city as it came in to land. All cranes, bar one of course: the one with number 25 on its back.

It’s a pity there wasn’t an episode of Gogglebox that allowed us to see Cork fans around the county and beyond reacting to Keane’s goal.

Imagine the TV gold that fly-on-the-wall footage of Rebels leaping around their living rooms would have produced had it been filmed: the high pitched whooping, the couch-dancing, the fist-pumps, the yelping dogs, the terrified babies, the spilt pots of luke warm tea and the bemused mother-in-law from Not Cork throwing her eyes up at the whole scene saying ‘For God’s sake it’s only a match!’.

Is it though? Is it only a match? Is it not the only thing we’ve had to cheer about since February? Is this the dopamine hit that half a million Corkonians needed?

The footballers have shown incredible grit all season typified by man of the match, Seán Powter and it has taken their heroic defeat of one of the favourites for the All-Ireland for everyone to take notice.

Ronan McCarthy’s men are well on their way to giving Corkonians all the inspiration we need to get through these “strange and difficult” times. They’ve been having difficult times far longer than the rest of us: being relegated to Division 3, they know self-isolation all too well.

They have learned to fight their way back to normality though and we should learn from them too: hang in there against an overwhelming menace, keep your composure, do the right things, be there for each other and we can take on anyone – whether it’s covid or the Kingdom.

On Sunday at 4pm our footballers take on a tough Tipperary team who will relish the opportunity to do the 2020 double on us after they knocked our hurlers out last weekend. However, if the Rebels produce the same relentless energy they defeated Kerry with, they will almost certainly be crowned Munster champions and get to play Mayo in an All-Ireland semi-final. Imagine that!

Not all heroes wear capes, but if they win on Sunday they’ll definitely be wearing Cork jerseys.