<< How Mams Made Cork The Least Covidy County in Ireland
Use The Bus Pass Instead of the Vaccine Passport... >> 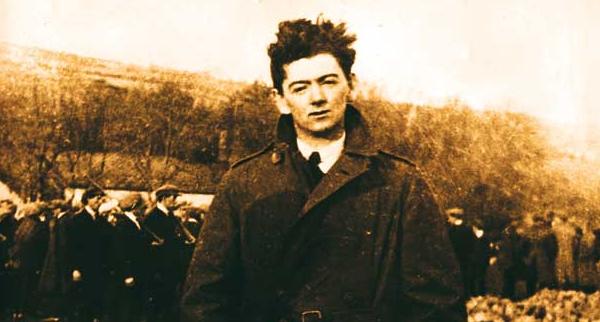 From the comfort of the 21st century, looking back on the events of one hundred years ago, the small but hugely significant individual battles for independence in Cork appear like something from an old late-night war movie on TG4 or some dusty old book you happened upon in a quiet corner of the city library.

It can be hard to relate modern, high-tech Cork with those violent, tumultuous times. Back then news of killings might take days to make the newspapers and the facts were often massaged and controlled - the Burning of Cork producing one of the Brits’ best known attempts at misinformation.

Fake news is a new term, but far from a new concept (as you may have noticed, we do our best to try to counter the narrative from the oppressive Dublin government on this page every week, despite being continually denied the Pulitzer Prize for heroic journalism – as the name says, it sounds like you need ‘pull’ to win it).

These days footage is streamed live from protests, battles, and the aftermath of guerrilla warfare, often with little or no context or verification. One hundred years later, instead of a trickle of controlled news from a tiny number of sources, we are now bombarded with a deluge of unfiltered, unverified content followed by a tsunami of vociferous opinions within minutes of breaking news.

Reading about Crossbarry and other War of Independence stories makes you wonder about how it would unfold if it was happening today.

If Tom Barry and his men were being surrounded right now by British troops in west Cork – how would it be reported to us and how would we take the news?

What would the reaction be on the Echo’s Facebook page from Mary in Mallow whose ‘lovely brother joined the Essex Regiment to stop rogues like #TomTheTerrorist’ or Liam from Liscarroll whose ‘son joined #TomTheHero after his brother was shot by the Brits for no reason’?

Would the British feel the need to shut down the internet like the army have in Myanmar for “the safety of the general population” or perhaps a squad of heavily armed members of the infamous, Essex Regiment would be walking into Echo’s office in Blackpool right now shouting “Roight, you bunch of Paddies! Type this ‘eadline out roight naaaoow!”.

Cork city and county was under martial law in March 1921 leading to a severe curtailment in personal freedoms for Corkonians. There are, of course, some parallels with the current public health restrictions.

Imagine, if it wasn’t a transmissible virus, but the army of a foreign power that was enforcing social distancing, restricted movement, no household visits, along with business and school closures.

It’s one thing to be told by a polite Garda from Donoughmore, that you should really heed the, now notorious, 5km distance from your gaf.

It would be another thing entirely if you were barked at by some half-drunk, half-mad cockney Black and Tan, pointing a loaded gun at your head who wants to know “a lot more” about your so-called “essential reason” for travelling outside your 5km. And be sure look at the ground and not at him while you’re talking or you could get a rifle butt across the head!

When you walk away, sufficiently humiliated by your aggressive colonial masters, would you vent your anger with an angry tweet about your terrible checkpoint experience like a moany trip advisor reviewer or would you be so enraged that you’d log on to irish-volunteers.ie secure website to fill out the online membership application form?

You might find yourself lashing through it enthusiastically until it comes to the bit that says “By checking this box, I understand I may have to shoot people in the head if I am ordered to do so and that not doing so may result in my own execution after being court martialled”.

Yeah, might leave that browser window open for a bit there and have a think about that one, eh ‘soldier’?

Thankfully none of us will ever have to make those awful choices. Despite being encircled by hundreds of British troops, Tom Barry and his men managed to break out and escape – denying the British a major victory that might well have tipped the balance of the War of Independence in their favour.

One of several strokes of luck for Tom Barry that night, was that the Essex Regiment who were supposed to join the operation, got lost on their way from the city to Crossbarry and were delayed. A hundred years later, a simple smartphone would have ensured that didn’t happen.

It’s mad to think that such little things might have been the difference between us being paying for our Tanora in euros rather than sterling in 2021 or the sight of Boris Johnson guffawing behind Pat Horgan in Croke Park when he lifts the Liam McCarthy Cup later this year.

Tonight, exactly one hundred years on from the Crossbarry ambush, pause the Netflix, put down the TikTok, look up at the stars and spare a thought for the bauld Tom Barry and his gallant men who made those awful decisions so that future generations of Corkonians, like ours, wouldn’t have to.

<< How Mams Made Cork The Least Covidy County in Ireland
Use The Bus Pass Instead of the Vaccine Passport... >>