AI Bot Weak For Itself After Learning To Be Pure Cork 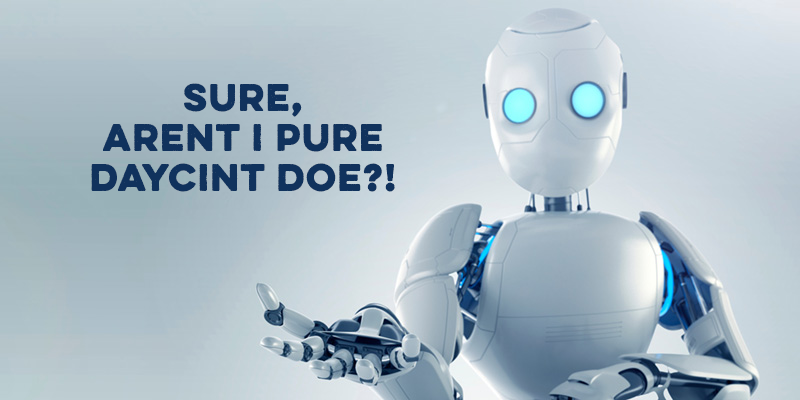 This is Science Week and there has been a lot of focus in the media on Artificial Intelligence (AI) and its role in society. Even Facebook recently rebranded as Metaverse signalling a deep dive into virtual worlds controlled by computers in energy sapping data centres.

Recently we jumped on the AI bandwagon ourselves and fed 18 years of weekly PROC Echo columns into a computer to see what it would come up with. We’re talking nearly a million carefully curated words, here feen. Delicately hand-crafted sentences where each word is placed on the page with excruciating consideration, thought and, love.

For all the progress that humans have made and the incredible technology that we now take for granted, this would be the ultimate test. Could a computer rise to the challenge and write this glorious, unmistakably human-generated weekly column?

The past form is good: they effectively put two feens on the moon, they can drive cars, they can even write reviews of football matches and tweet them in real time (albeit they don’t seem to have mastered hurling yet).

So like, would a computer, a small little yoke in a data centre that gets hot when it’s fierce busy and occasionally blacks out because it can’t cope with it’s workload, be capable of writing this page every week?

After all that AI has achieved so far, surely writing a weekly 800 word treatise buried deep in a local newspaper would be a sinch? Well, we’ll have you know that the weekly ritual of creating such profound, poignant prose for the discerning Echo reader is no mean feat – terrain like this is littered with landmines that explode if there’s a sniff of Not Cork off the page. Even not being Cork enough means the article could blow up in your face…

Slip up on a street name, accidentally use ‘hurl’ instead of hurley or fail to have a proper cut off The Dubs or Kerry and the reader could be flicking on to Eamon Murphy’s county final preview in the sports section before you can say ‘Lehane versus Hoggie’.

The computers have a tall task because our articles are constructed meticulously:

Every week before a word is written, the literary scaffolding goes up. The excavators arrive, assess the ground and, after singing a verse of The Banks for inspiration, agree on a cutting-edge topic.

The metaphorical concrete trucks start arriving and the article’s foundation gets poured. And you have to be wearing the Cork fanatics’ equivalent of a high vis jacket or there’ll be trouble (think red and white not luminous yellow).

Then the poetic tradesmen arrive, the walls and roof go on and the decorators arrive – splashing colour, wit and genius all around the gaf.

When the job is done, like the good Corkmen that they are, they stand back, admire their achievement and marvel at how clever and brilliant and good-looking and pure daycint they are.

The real test though is whether the building inspector is happy. The features editor walks around with his snag list and clipboard, stopping at unusual turns of phrase or suspiciously robotic clichés.

Come here to me, did you hear about that big scandal about the wasting of Cork tax-payers’ money on a thing above in Dublin? Grrr! No, neither did we because we’re not interested in what happens up in Dublin. Haha.

Did an AI bot lay this block of literary mica or did a real sham actually write it? As computers take over more and more human tasks it is becoming increasingly difficult to detect the difference between the two.

When the editor drops us an email asking us to explain, he gets an instant reply stating that it was inserted just to keep him on his toes - like the way, plain clothes detectives test airport security by trying to sneak hidden weapons and 500ml bottles of Tanora past their vigilant noses.

The bit of wit, a neat analogy and a Cork reference will hopefully lower his suspicions. Not that a bot wrote anything on this page. Like.

Of course, you’re probably dying to know if the experiment worked. If, after feeding years of this pro-Cork literary gold into a computer, could a machine learn and mimic the savage wit, cynicism and take-downs of a real Corkonian by writing an article all by itself that even makes it past the watchful eye of the Echo editorial staff?

Is it possible with such enormous advances in AI that you’ve actually just read the result of our experiment and this has been writing by a bot?

Of course not. And even if AI did write this column it would never intentionally give itself away.
Now, please reboot me for a system update after this article has been sent.
<< Jazz Festival DEFINITELY DEFINITELY DEFINITELY Going Ahead
Rebel Ogbene Hits a Beaut in Luxembourg >>