Sure Who Wants a Powerless Mayor Anyway?

With the Dublin government appearing like the only entity pushing for a Yes vote in the Cork mayoral plebiscite, is it any wonder that it was rejected at the polls last Friday by Corkonians?

When you look at the fact that it was the failing housing minister that was behind the proposal, the fact that there was almost no publicity about it, the fact that it was crowded out by the local elections, European elections and the divorce referendums, there’s a high chance that many Corkonians who were presented with the plebiscite ballot paper last Friday were hearing about it for the first time and voted against the Dublin government’s suspicious proposal.

When you think about it, it’s actually incredible that the Yes vote in favour of the proposal was so high. Out of 70,000 votes, it was just 900 votes behind the No’s despite the complete lack of confidence in anything Minister for Housing and Local Government, Eoghan Murphy says, does or even looks at.

If Murphy told you that the sun was going to come up tomorrow morning you’d doubt him, given his ineptitude in reducing homelessness. The posh, marble mouthed Dubliner has as much credibility as the walls of the event centre. 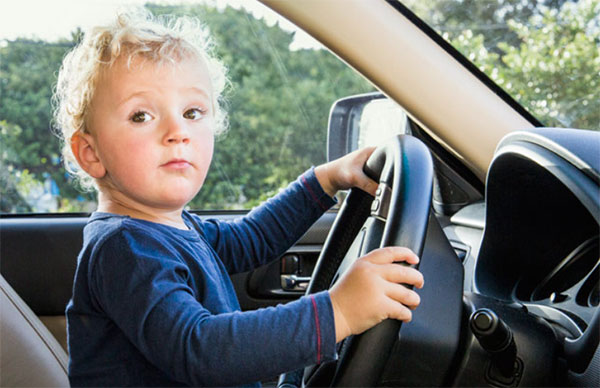 This mayoral plebiscite was the political equivalent of offering a Wendy house to a homeless family on the housing list: it’s only selling point was that it was something and not nothing. But, take the mayoral soup like Limerick and you’ll see that the feelgood effect won’t last long: you’ll still be pissed on by Dublin.

While it can be argued that having a directly elected Lord Mayor would be the thin end of the independence wedge which would, in time, lead to significant political devolution for Cork, there are also many who found the proposal to elect a Lord Mayor to be pathetically weak and insulting and decided to vote against it. It’s hard to blame them.

With little or no detail on the new Lorda’s proposed power other than a vague promise that she or he would become a national figure to “advocate for Cork”, locals remained very cynical about what Leo Varadkar and his band of spend-thrift Dubs were trying to pull off here.

Limerick passed its mayoral plebiscite by a tiny margin and some wrongly fear it will gain an advantage over Cork. The latter has been allowed to merge its county and city councils into one local authority with 150,000 citizens, while Cork county and city councillors who are members of Dublin political parties, did not permit the same unification to take place here.

So, while Limerick’s mayor can be a spokesperson for both city and county, politicians have not allowed Cork to follow the same path despite the proposal being on the table for some years. It makes sense if you’re a Dublin politician: Limerick is hardly a threat with about 180,000 people barely willing to admit they live there in the last census.

Cork city and county’s half a million, fiercely proud, boisterous citizens, if united under one authority, is a far bigger threat to Dublin’s over-dominance.

Knowing our distain for The Pale, it is in the interest of national politicians to keep the People’s Republic as divided as possible. Limerick is a benign county that can be sedated with one All-Ireland every fifty years and two lads with plastic bags over their heads singing about a horse while Cork yearns for a far bigger prize.
Our local politicians who are affiliated to Dublin parties have been quick to come out and say all is not lost. Some are even saying they’ll just enact legislation to allow Cork elect a mayor – that sounds hugely suspicious to us. Why are they so dead set on creating a weak-as-water political punchbag in Cork, Limerick and Waterford?

A directly elected Lord Mayor would cool the heat currently on Cork’s big-name TDs who have been feeling the heat over issues like the event centre, the city walls and the miniscule amount of government money sent Cork’s way despite generating far more tax revenue per head of population than Dublin.

It would enable those Cork TDs who have been unable to deliver for Cork to shrug their shoulders and point the finger of blame at a largely powerless, directly elected figure in City Hall, rather than confront the truth that they have no sway in Dublin.

Whether we stick with our councillors doing the best they can with the little power they hold, or have a directly elected Lord Mayor is irrelevant if power is not devolved to local government.

If Cork’s new councillors who are members of national parties had the balls to tell the truth about what living in the most capital-centric country in the EU is doing to areas outside of Dublin, then we could skip the mayoral plebiscite distraction and go straight to a vote on independence.

Let Limerick celebrate moving the “power” to increase parking fines, erect dog fouling signs and fill potholes from their elected councillors to a directly elected mayor. In Cork we should have our sights set on a far bigger prize: total and complete independence from Dublin.

If birds are starting to land on your head piece or you've mangled it trying to add your own highlights, the wait is nearly over as hairdressers and barbers reopen....