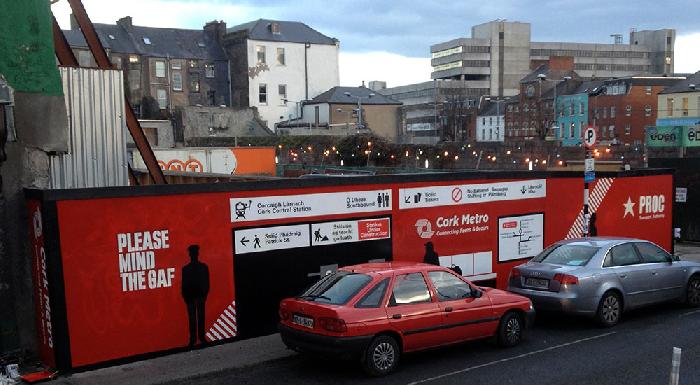 We tried to imagine what it would be like to have a metro system in Cork. The station names, the rules about battered sausages and shifting. To be honest, we've probably put more time into this than the National Transport Authority albeit with slightly different goals in mind.

There are some detailed pics along with how a PROC metro announcement would sound: here

The wooden hoarding surrounds the site of former nightclub Sir Henry's which closed in 2003. The nightclub is fondly remembered by many Corkonians - see the documentary here.