All’s Not Rosy in The Garden

â Gaelic Games have been synonymous with Cork since the foundation of the Association. Cork County Board was formed on 20/12/1886, the second board to be formed, Wexford being the first. Dan Horgan, who owned a pub in Maylor Street, was the first Chairman and the first secretary was D.M. Lane.

Cork Athletic Grounds, now Pairc Ui Chaoimh, has been the home of Gaelic Games in Cork since the early part of the Twentieth Century. The gorounds were officially opened in 1903, and the Senior All-Ireland finals were played there that same year. Cork, represented by Dungourney (near Midleton) prevailed in the hurling decider defeating London (!). Cork has surpassed all other counties in titles won in All Ireland Championships, since the inaugural championships of 1887. That year Cork, represented by Lees, were defeated by the Kilkenny representatives Kilmacow in the football final. Cork were due to play Tullaroan in the hurling final that year but with the Cork Championship not finished the game was never contested. .

Cork lead the roll of honour in hurling All-Ireland titles won, with a total of 71 in all grades. Twenty -eight of these titles were won at senior level. Many of the legendary figures of the game inspired Cork teams, most notably Christy Ring from Cloyne. Without doubt the greatest player to ever play the game, Ring had a deep passion for Cork hurling. Renowned for his mastery of every skill in the game, Ring was the first real superstar of Gaelic Games. Often times avoiding the glare of the media, Ring left his hurling do the talking and won a remarkable 8 All Ireland senior hurling medals with Cork. Following his retirement Christy was a selector with Cork's three in a row team of of '76, '77 and '78 before his untimely death in 1979. . 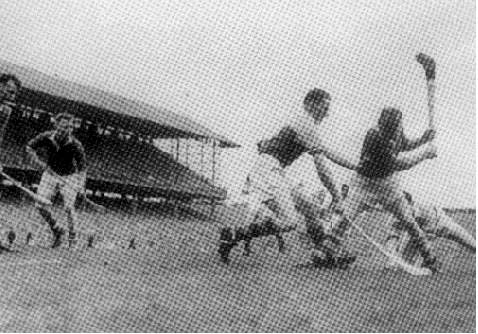 Of course Cork teams have been littered with stars since the founding of the association. Jamesy Kelleher from Dungourney, Liam Og Murphy Blackrock, Jack Lynch Glen Rovers, Gerald McCarthy St. Finbarrs', Ray Cummins Blackrock, Jimmy Barry Murphy St. Finbarrs' and Brian Corcoran Erins Own are all fondly remembered for their involvement in successful Cork hurling teams over the decades. Cork have also won 37 football titles in all grades, second to Kerry with Dublin. .

With the new year, much attention will focus on Cork senior hurlers with new coach Bertie Og Murphy. Having already been successful at U21 level, the belief is that Bertie Og will guide us to another Liam Mc Carthy Cup. New talent is needed, particularly in the light of the early retirement of Brian Corcoran. Berite Og believes that Cork can do it, we all hope he is right. .

What are they feeding the young fellas in Kanturk? From hurling and football All Stars to rising comedy kings, the capital of Duhallow is churning out the talent....

End of the World Called Off

With Cork's destruction of Tipperary in Pairc Ui Rinn on Saturday night by about a hundred points it has been confirmed that the Official End of the World has been cancelled...

The Rebel Army descend on Drumcondra this Saturday for the final game of the season in which a victory will result in the club winning the league. If you're in Dublin head along to support the team....

Auld fellas and their defibrillators, fat lads getting ballhopped and death-by-triathalon-boredom, the hills of Cork can save you a ton on gym membership but come with a few hazards...