It was the best of the Terminator series but rated 15+. No way you should have been allowed watch it at 9.
L

All schools were told by Department of Education to hold a minutes silence today at 11 o'clock. I suppose they felt obligated to do something given her profession
Wouldn't mind it being spoken about in maybe 5th and 6th , they'd be clued into the news a bit
In younger classes could just say it was a minutes silence to remember any loved ones who have passed away or something like that, brush over it without going into detail

rebel without a caus

I think we learned enough about teachers over the past year or two to not be shocked by this. Everytime there is even the simplest, binary decision to be made, they choose the incorrect option.
R

rebel without a caus

Although, i should caveat that statement.

Absolutely no place in schools to be talking about murder cases with the younger levels of primary education. Thankfully my son is only 18 months but in future if he came came back from 1st or 2nd class in school with his mind filled with stuff like this, I'd be straight down asking questions! No two ways about it

Happyhonkaman said:
I dont get it.. my little one has only just turned 8. She has never even considered the concept of murder, or that it might actually happen somebody. First questions after she came in the door is why a person would murder another person. What happened the teacher, how did he murder her. Can it happen us etc etc. The look of confusion on her face, she hasn't a hope of processing this

You would imagine that in an institution that specialises in children that they might have considered some of this stuff
Click to expand...

They could have done it in such way as to let parents deal with it (if they wanted to, I'm very good at distracting from their awkward questions when the need arises) by maybe saying it was a minutes silence for a teacher that passed away with out going in to the detail. Or just let the teachers have their minute silence in their breakroom with out the pupils.
O

They should be made work that minute back during the holidays.
M 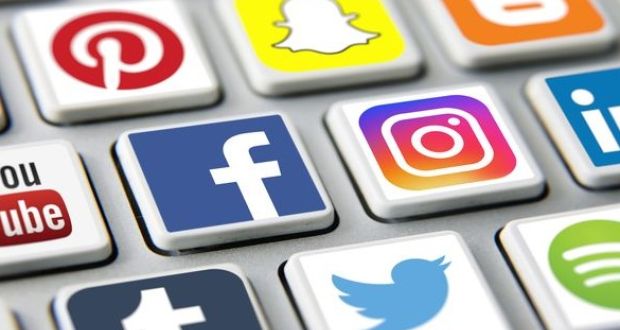 Garda headquarters said on Monday it ‘continues to be concerned about the activity of persons who are sharing information on social media’.


The online reaction to the murder of Tullamore schoolteacher Ashling Murphy last week followed a grim and familiar pattern.
As thousands used social media to voice expressions of shock and sympathy, Ireland’s small but active far-right communities rushed to exploit the 23-year-old’s death to spread racist and misogynistic messages.
Even before it was reported in the media that gardaí had arrested a Romanian man as a suspect, many of these groups had decided the perpetrator was a non-national. Some added in additional, false details, including that the suspect had a history of sexual offending and that Ms Murphy had been sexually assaulted. Gardaí say there was no evidence of such an assault.
Far-right accounts on Telegram soon filled with links to news articles of previous crimes committed by Romanians.
When gardaí announced late on Friday night that the Romanian man was no longer a suspect, a message then began to spread that the perpetrator was a Syrian national living in Direct Provision in Tullamore. This was false but it soon began spreading rapidly, in the form of a voice note, through WhatsApp groups across the country.
Garda headquarters said on Monday it “continues to be concerned about the activity of persons who are sharing information on social media, and in particular private messaging apps. An Garda Síochána appeals to everyone to STOP sharing these messages. Not only are they misinformed, inaccurate and dangerous, they are unhelpful to the criminal investigation.”
None of this is new. In recent years far-right groups have been quick to exploit crimes and human tragedies to spread hateful messages.
Just hours after the fatal shooting of George Nkencho in Dublin by gardaí last year, many of the same groups spread disinformation that the deceased had a long and violent criminal record. This caused the Garda to take the unusual step of announcing publicly that the young man had no convictions whatsoever.

In 2019, following the rape of a 14-year-old girl in a holiday caravan park in Co Wexford, far-right accounts spread the false rumour that the assailant was an asylum seeker from the Middle East or Africa. Earlier this year, two Irish teenagers were jailed for the rape.
The pattern is entirely predictable, says Ciarán O’Connor of the Institute of Strategic Dialogue (ISD), a counter-extremist group.
“You see it time and time again a . . . playbook targeting hate against minorities, non-nationals or people of colour.”

Ms Murphy’s death also provided a fresh axe for extremists to grind: the perceived scapegoating of men by “feminazis”.
After the murder, there was much discussion on the role men can play in everyday life in reducing violence towards woman. Minister for Justice Helen McEntee spoke about her own experiences of feeling unsafe in public, enraging some prominent far-right activists.
“They’re turning this poor Ashling Murphy’s murder into ‘all Irish men are evil’,” said Niall McConnell of the small nationalist fringe group Siol na hÉireann during a livestream.
He encouraged the Minister to walk down the street alone anywhere in Africa or the Middle East and “see how long you last. They’ll have you raped, murdered and your head cut off within half an hour.”
Much of the far-right’s posturing has been “in defence of Irish women”, notes Mr O’Connor. “But they also have a long-established history of directing hate against women.”
“Far-right politics is rooted in misogyny,” said a spokesman for the Far Right Observatory which monitors the online activities of such groups.
He cited the fact that one member of the far-right National Party is serving a prison sentence for violent assault on a woman at a rally last year.
Charities such as the Women’s Council and Women’s Aid were also accused of pushing a narrative that all men were to blame for Ms Murphy’s murder. Former journalist turned conspiracy theorist Gemma O’Doherty claimed non-governmental organisations have been “inciting violence” against Irish men.

In a livestreamed video she went on to claim gardaí were inserting false information into WhatsApp groups to make the far-right look racist.
The hateful response to the murder was not confined to social media or livestreams. On Saturday, RTÉ broadcaster Katie Hannon received an anonymous email stating that a group of “close to 200 men” would be listening to her show and warning her not to “solicit negative comments about men” or she would have to “personally answer for it”.
Then, on Sunday evening, an online vigil for Ms Murphy was interrupted by an unknown man who exposed himself on screen and appeared to masturbate
Last edited: Jan 18, 2022
R

leeside_rebel said:
All schools were told by Department of Education to hold a minutes silence today at 11 o'clock. I suppose they felt obligated to do something given her profession.
Click to expand...

Surely that should have been left to the individual boards of management. What would happen if a teacher decided to not follow the "order". The only minutes silence I remember in school was 2 minutes for peace on the Island circa late 90's. I don't think Dunblane was ever spoken about in our day.
S

The far-right, Anti-vax morons will be all over this as usual.