What podcast are you listening to right now?

The Murder Squad is always a great listen and has legitimacy added to it by having Paul Holes as co-host.

JackFate said:
The Murder Squad is always a great listen and has legitimacy added to it by having Paul Holes as co-host.
Click to expand...

The guy being interviewed grew up in the East End of London, where petty theft and small crimes to pay the Bills was a way of life. He watched it change when drugs came in and went on to become a criminologist studying crime and the criminal mind.

I find them all very good.

The very popular RedHanded podcast in the UK are in damage control after they mentioned the Hillsborough disaster
as being a "Hooligan" incident. They've issued a grovelling apology and their cult like fan base are in damage control but they've gotten a right bloody nose. They are beyond awful anyway so how they have reached the income level thay have is beyond me. Apparently they have stepped away from facebook etc for their "mental health" as they have being getting slaughtered.

https://www.reddit.com/r/TrueCrimePodcasts/comments/qqzy3f
The Prosecutors podcast which a American true crime one and pretty popular have also gotten a right clatter as their politics/links have been exposed. Podcasting is getting as serious as the INTERNET

Trump tried to appoint Brett and Alice's husband to the federal bench so they could get busy taking away your rights. And Brett's wife was employed by the Trump administration. That's how he got the appointment.

I know plenty of people who do not believe in reproductive rights. But I don't know anyone who tried to get appointed to be a federal judge so they could do something about it.

To me, that's pretty scary.

In terms of Alice's husband, yes, they do not believe in a woman's right to choose which stems from their prominent membership in the Catholic Church. And yes, if you do some research, you can find information about how Alice's husband would use his position as a federal judge to take away voting rights.

Edit 2: Over at the subreddit, the prosecutors are removing any links to information about Brett and Alice and the actions Brett would have taken as a federal judge. A few people have swung by in the last 24 hours to say they just learned about this and are cancelling their Patreon. About 20 people are trying to have a conversation but all that's getting removed, in real time.
Click to expand...

Listening to "sweet Bobby" at the moment. It is about a catfishing case and it is jawdropping.
M

Matlock said:
Listening to "sweet Bobby" at the moment. It is about a catfishing case and it is jawdropping.
Click to expand...

First three were great. I’m on the fence about episode 4
M

Italian volleyball player spends 700,000 euros believing he was dating brazilian supermodel Alessandra Ambrosio for the last 15 years. In reality, he was being catfished by a 50 y.o lady.​ 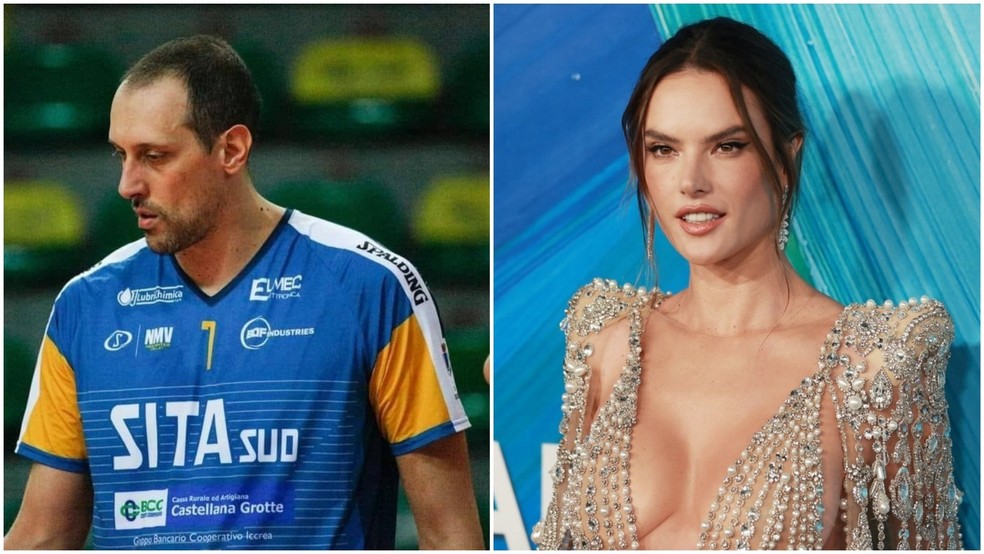 Italian volleyball player Roberto Cazzaniga and Brazilian model Alessandra Ambrosio — Photo: Facebook/Reproduction and Matt Winkelmeyer/Getty Images North America/Getty Images via AFP
Italian volleyball player Roberto Cazzaniga, 42, was the victim of a gang that made him think he was a virtual boyfriend of Brazilian model Alessandra Ambrósio and lost 700,000 euros.
The story was published in the Italian media on Wednesday (24) after a report from a TV in the country.
Currently, the Brazilian has a relationship with fellow model Richard Lee, with whom she posted photos on a social network traveling to Hawaii on Wednesday. 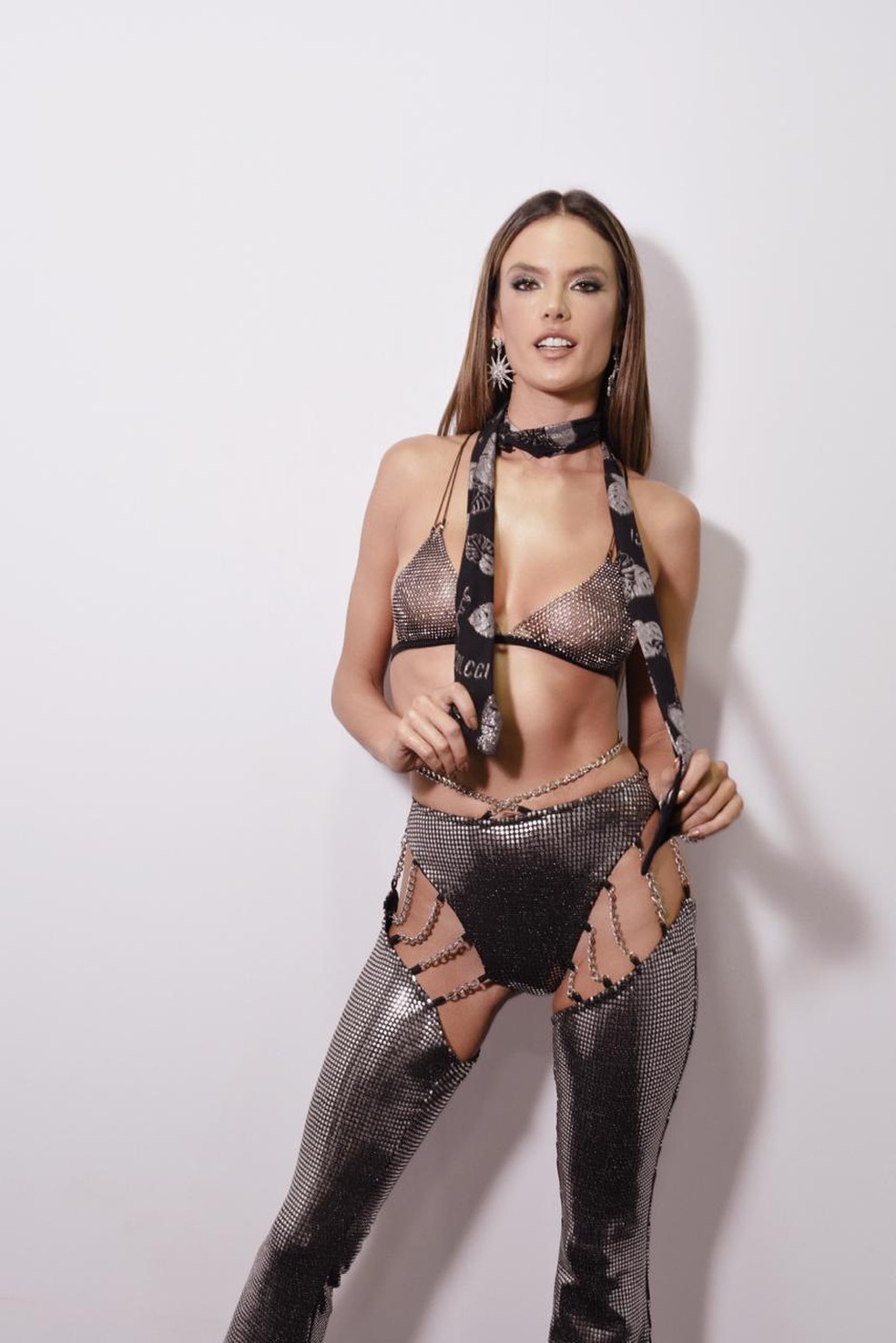 Alessandra Ambrósio in 2020 image — Photo: Disclosure
Cazzaniga plays for a team from the second division of the Italian volleyball league.
According to him, in 2008, a friend of his named Manuela gave the telephone contact of a woman named Maya who said she would like to meet him.
After the first contacts, the woman states that Maya is a pseudonym, and that she would be the Brazilian model Alessandra Ambrosio, one of the most famous in the world.
In fact, it was a woman who posed as a model. This type of scam, in which an interlocutor pretends to be another person, is known as catfishing. 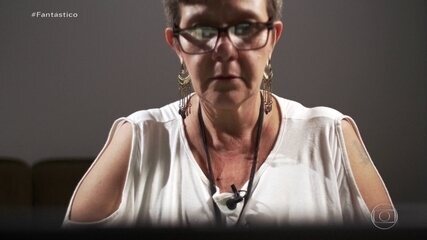 Scam hunters: women unmasked criminals who promise romance on the web
"No, we've never met. She made a thousand excuses, such as illness and work. And yet I fell in love with that voice, one call after another. The contacts were only by cell phone, almost daily," he said, according to the "Corriere della Sera".
The player appeared in a report on the TV show Le Iene. He said that over the years he transferred 700 thousand euros to the person (by the current price, this sum is equivalent to R$ 4.4 million).
According to the Italian media, the scammer began asking for money initially stating that the ATM had been blocked because of a problem linked to an inheritance, and that she could not see it because of her work routine and because of a heart disease.
The player turned to relatives and friends to raise money.
According to the "Corriere della Sera", Cazzaniga's colleagues describe him as an introverted and naive man, and it was they who felt it was a coup and insisted that the case be investigated.
Three people were involved in the scheme to extort money from the athlete: Manuela, who passed the contact of "Maya", Manuela's boyfriend, and a 50-year-old woman, who lives in Sardinia, named Valeria, and who pretended to be Alessandra Ambrosio in the phone calls.
check