Matlock said:
Neatly answering the question of why what happens in the US matters here.
Click to expand...

That rally takes place every year. (was only stopped because of covid), they are whinging since the referendum here.
M

TheOutdoorThreadmill said:
That rally takes place every year. (was only stopped because of covid), they are whinging since the referendum here.
Click to expand...

I know, but they are suggesting that this year's rally was bigger because the US SC judgement has given them hope for a repeal here.

Matlock said:
I know, but they are suggesting that this year's rally was bigger because the US SC judgement has given them hope for a repeal here.
Click to expand...

If your position is "we can't tell the children about trans people" then that is impacting on their right to exist. Because it indicates that somehow it us something that children need to be shielded from.

What if your kids had a trans teacher Dan? Would that not be allowed in case it " confused" the children?

There has been many studies done, especially stateside, on a phenomenon called "rapid onset gender dysphoria" (ROGD). Now it will come as no surprise to anyone that any and all papers written on this subject have been highly criticised by the trans movement and many of its authors called "transphobhic" but there is data and evidence to back up that such a phenomenon is not only highly plausible but actually happening...

"Currently, we appear to be experiencing a significant psychic epidemic that is manifesting as children and young people coming to believe that they are the opposite sex, and in some cases taking drastic measures to change their bodies. Of particular concern to the author is the number of teens and tweens suddenly coming out as transgender without a prior history of discomfort with their sex.

“Rapid-onset gender dysphoria” is a new presentation of a condition that has not been well studied. Reports online indicate that a young person's coming out as transgender is often preceded by increased social media use and/or having one or more peers also come out as transgender. These factors suggest that social contagion may be contributing to the significant rise in the number of young people seeking treatment for gender dysphoria."

Having lived through both World Wars, Jung was aware of the dangers of what he termed “psychic epidemics.” He discussed the spontaneous manifestation of an archetype within collective life as indic...
www.tandfonline.com

There have been many instances of a disproportionate number of kids coming out as trans in one particular school or class etc... Cluster outbreaks are a common theme of adolescence, where you have a group of young people trying to find their way and fit in in life and depending on what is at the root of a cluster outbreak, can often be a harmless and a normal part of growing up. Insisting on a particular brand of clothes, or a certain hairstyle or participation in a new social media challenge are just some examples. Gender identity however is a whole other thing and peer pressure should not be a factor when and/or if a young person feels they might need to explore something such as gender identity.

There is often very little we can do to stop this sort of thing spreading amongst the social groups of our young people bar trying to educate our teenagers on social media use etc... but we can stop adding fuel to the fire by insisting that certain "education" stays out of schools.
Gender politics has as much place in schools as religion does imo and that is to say not much.
Make young people aware of such topics and issues yes but leave the decisions on such topics up to themselves. Leave influence out of education.
Last edited: Jul 8, 2022

Finally, some sense!!
Or should I say 'thanks for the tip'.

Trust Mick to cut through the nonsense.

Trans rights a question of reasonableness and common sense​ 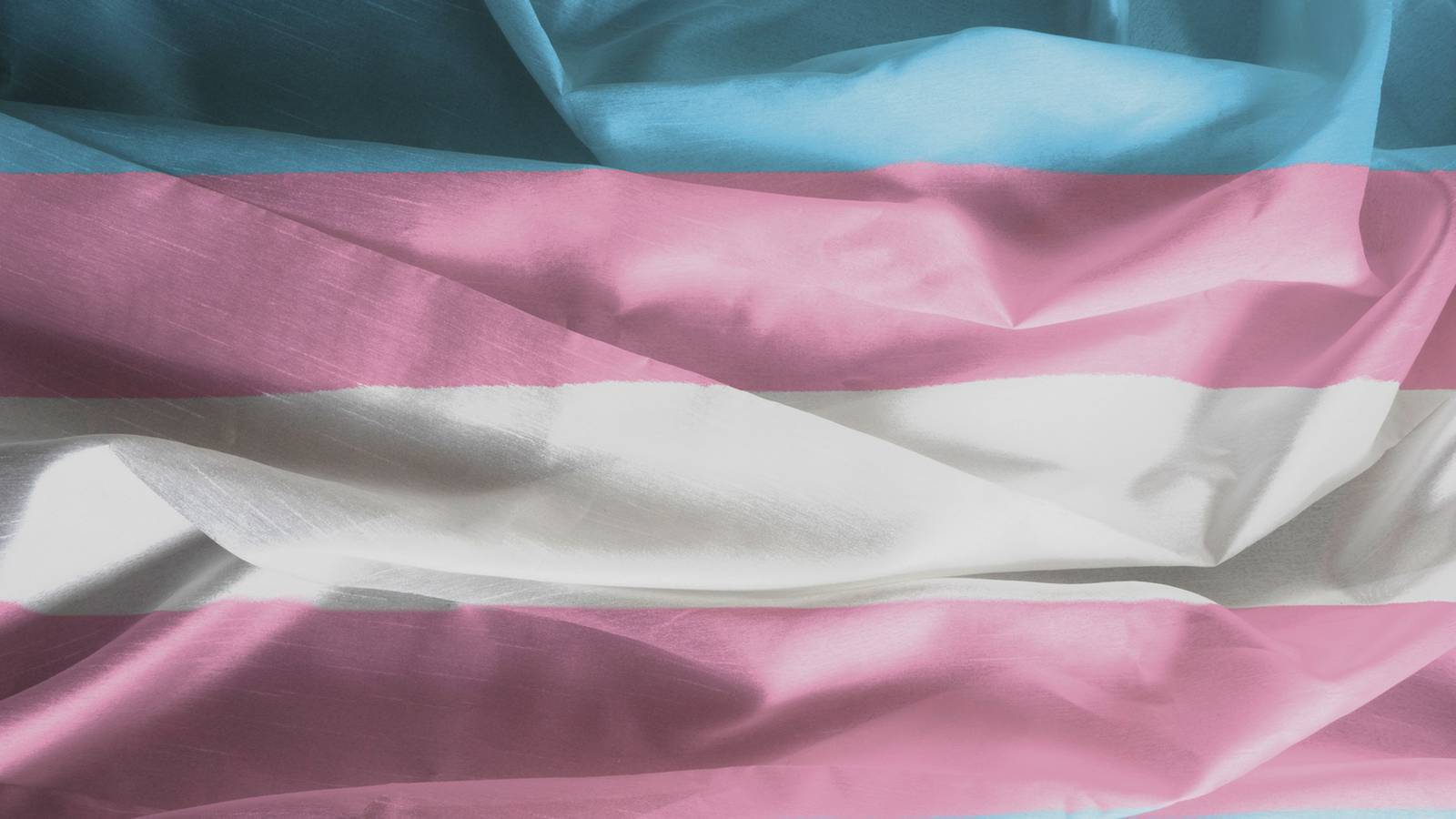 Michael McDowell
Wed Jul 20 2022 - 08:52
I have nothing but complete empathy for any person who finds themselves having to confront a deep-seated conviction that their ostensible physical sex does not correspond with their gender. That self-understanding or conviction is not a matter of sexual orientation – conveniently divided by some into heterosexual, bisexual and homosexual.


Orientation or attraction varies among people with gender dysphoria as much as it does with all other people.


Moreover, I also accept that many trans people endure a great deal of profoundly painful rejection and/or suspicion from those who neither understand nor empathise in any way with their situation. They naturally see such rejection as a form of discrimination and, moreover, an unjust discrimination that infringes their human rights.


And that is where things become complex. Current thinking favours elimination of all forms of discrimination on the ground that it necessarily involves inequality.
But that raises the question as to whether society or the Irish Constitution is bound by anti-discriminatory principles to regard everyone for all purposes simply as a human citizen with an innate human right to self-identify as male, female, fluid, transgender, or, indeed, non-gendered.
I incline to the view that for the vast majority of citizens, distinction based on ostensible physical sex is very important in many but not all aspects of our social existence.


Sex cannot simply be wished away as a concept or as a social reality. The growth of women’s equality as a strong anti-discriminatory movement in the last hundred years demonstrates that distinction between ostensible physical sex is hugely important. While legal and economic inequality for women is being tackled with varying degrees of success, the demands from within the trans community for the large-scale dismantling of distinction based on ostensible physical sex is not necessarily a common cause with feminism.

Take, for instance, sport. In some, but not all, areas of competitive sport, women wish to compete separately from men. This is not a relic of outdated ideology but is based on an obvious truth – that men are physically more likely to win than women in sports like running, rugby, all kinds of football, swimming, wrestling, boxing and many others.

To require people with objectively male physiques to compete against other such people and people with objectively female physiques to compete with other such people is only fair if that is the way that the great majority of competitors want. Achieving such objective athletic fairness and justice, I think, trumps any sense of injustice that a person born with a male body and identifying as a woman may feel if excluded from competing in an all-women’s event.

Does that mean that we prohibit gender self-identification for all purposes? I don’t think so. If a person I previously assumed was male tells me that he wants to be dealt with as she or her, perhaps good manners and empathy requires me to do that. Those who wish to signal their preferred mode of address should be free to do so.


But it does not, in my opinion, mean that we all must adopt gender-neutral language such as “chest-feeding”, “men with wombs”, “people who menstruate” and the like, in order to spare the feelings of some of those with gender dysphoria.


In the end it is a question of reasonableness and common sense. I think that the great majority of people would happily legislate to ensure that identity documents can easily be changed to accommodate the genuine wishes of people with dysphoria. By the same token, many people may not want to end gender-based changing rooms and bathroom facilities in all cases or to legally require further such facilities for transgender people.

For the great, great majority, gender-based language, thought, concepts and social convention are really part of what we are – just as central to our personalities as the identity-convictions of trans people are to them. It isn’t a question of thoughtlessness.

That trans people experience rejection as a consequence of our civilisation’s social recognition and distinctions of sex and gender does not confer on them an absolute human right to erase gendered thought and language on a widespread basis.

While anyone can cite statistics, studies tend to suggest that adult dysphoria is very rare, and much rarer in people born women than men.

I sense that there is a real danger for transgender people that ideological activism by a tiny minority may lose them the goodwill and empathy of the great majority. That would be a pity. 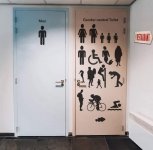