Booked for pulling a player back in the middle of the park.

Unheard of. Fernandinho will be rolling in his grave.

Sean Allardyce confirmed as new Everton manager on a 2 and a half year contract.
P

the only table ManYoo are first

marco 2005 said:
the only table ManYoo are first
Click to expand...

This is a good read on some reasons why Liverpool & Chelsea have both been awful this season and is part*of the reason why Arsenal & Newcastle are overachieving. Extract below

Over the past two years, Chelsea have played 122 competitive games -- more than any other team in Europe. (Liverpool are third with 117.) And since the start of last season, Liverpool lead the way with 92. Chelsea are second with 90, and then there's Manchester City (87), who haven't quite hit the same heights as previous seasons, followed by West Ham (85), the only Premier League team that might be having a more disappointing season than Liverpool or Chelsea. The other two English sides with 80-plus competitive matches on the ledger since the start of last season: Leicester City, who are two points clear of the relegation zone, and Tottenham, who have a worse goal differential than Liverpool despite having played two more matches.

How direct the cause is, I don't know, but most of the teams that are disappointing this season have played a ton of games over the past year and a half.

It seems to work in the opposite direction, too. Arsenal, who are currently 17 points ahead of their preseason Sporting Index projection, have played 71 competitive matches since the start of last season; both Liverpool and Chelsea have basically played an extra half-season of matches over the same period of time. Newcastle, who are 14 points ahead of their preseason projection, are even fresher. They've played just 64 games since the 2021-22 season began -- fewer matches than any team currently in the Premier League other than Aston Villa (63).

Perhaps unsurprisingly, Arsenal and Newcastle have been able to rely on a small core of players as they've risen up the table. The former have 10 players who have played at least 75% of the league minutes, and the latter have 11. Liverpool and Chelsea, meanwhile, have been fighting through injuries all season; just five guys for Liverpool and three for Chelsea have broken that same 75% mark. Soccer players typically get injured playing soccer games, and when you're playing more games, you're more likely to get injured.

Chelsea brought in a full team and subs bench of new players, and although Liverpool's midfield depth is somewhat thin, they have multiple theoretically good players at almost every other position on the field. Neither Klopp nor Tuchel -- nor his replacement, Graham Potter -- has done a particularly good job at managing the respective situations. Even with aging squads and injuries and tired legs, both of these teams should still be way better than they are. 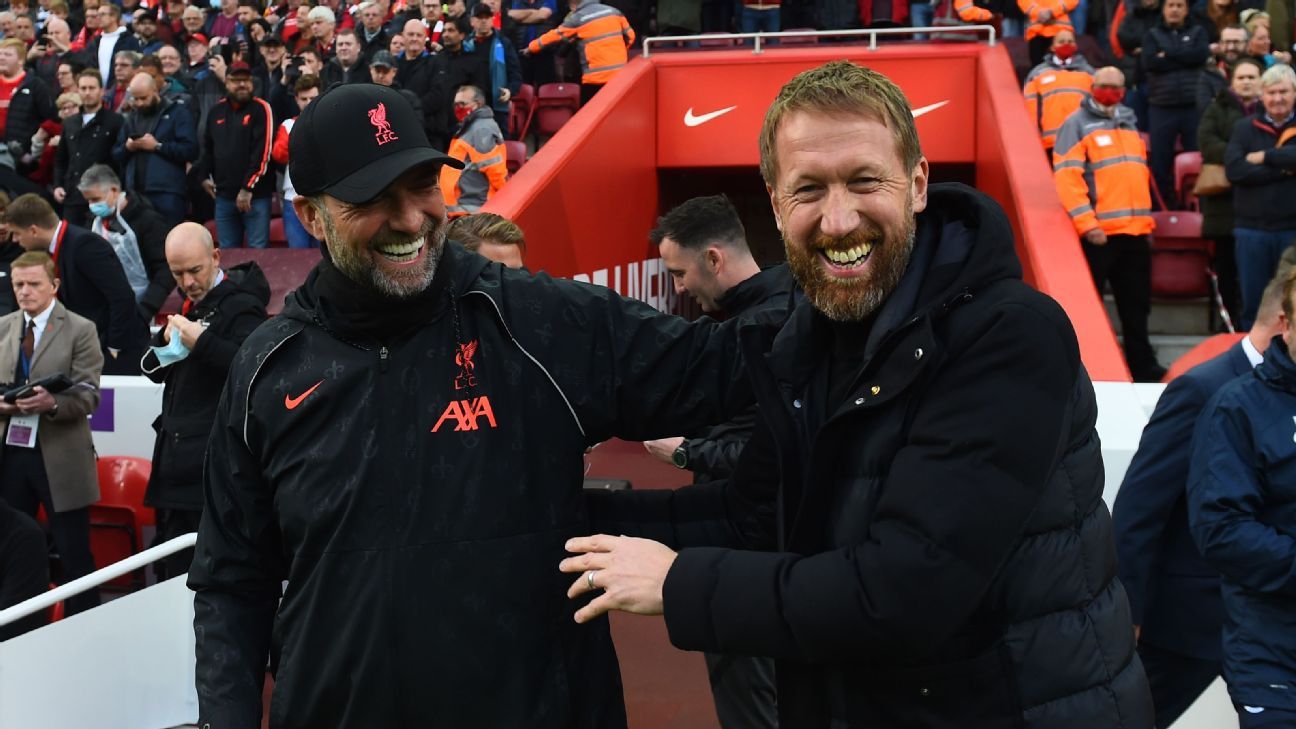 Liverpool narrowly missed out on a historic quadruple in 2021-22, while Chelsea won the Champions League just a year earlier. Now, they're both midtable and look terrible. What on earth happened?

* clearly not all, before any Alliance members freak out