Sue and terminate. Truly, the club that just keeps giving. World Cup will be dull in comparison.

Sue and terminate. Truly, the club that just keeps giving. World Cup will be dull in comparison.
Click to expand...

c'mon Joel m8, Avi too, bring that fucker to court, we're all behind you on this one.

Sue and terminate. Truly, the club that just keeps giving. World Cup will be dull in comparison.
Click to expand...

Its all bollocks tbf. Ronaldo and Utd agree mutual termination of contract will be reported as “Ronaldo SACKED”.

it’ll cost him £20m in wages? As if he won’t have a load of clubs in America/Middle East lining up to sign him for even more money.
M

Has the permatanned fanny disgraced ye yet today lads?

Whilst the mouse is away, John is at play.

Good piece in yday's ST by David Walsh on United making a balls of the exit of Keane and now Ronaldo. 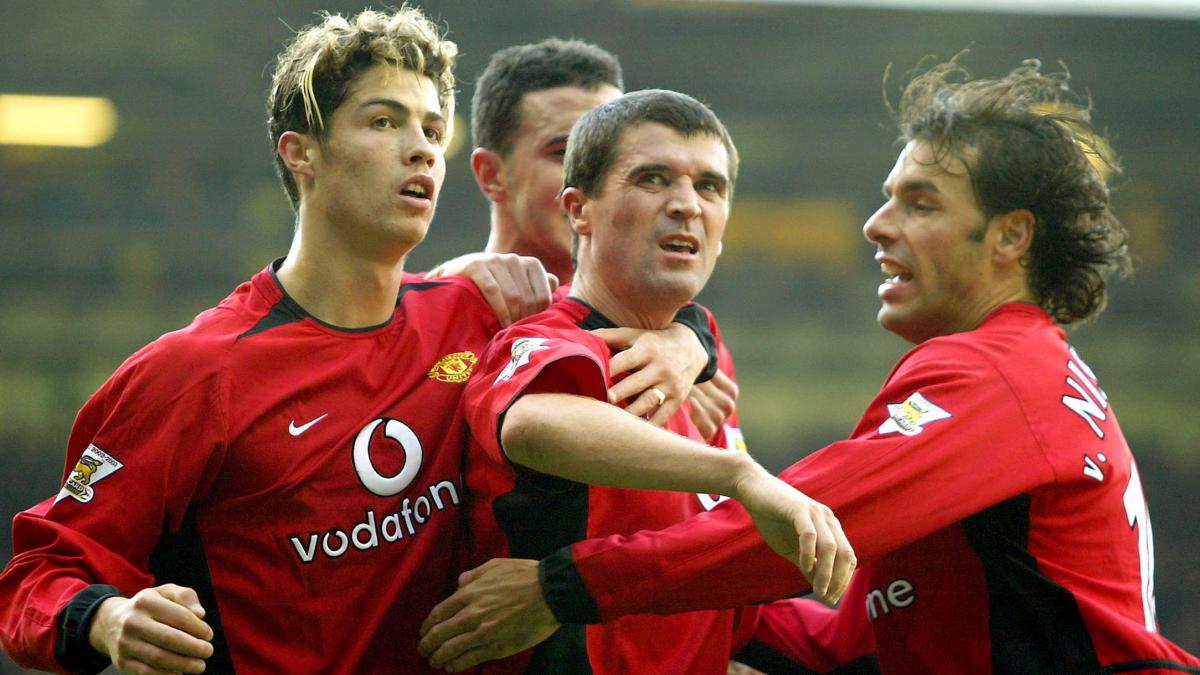 Watching Piers Morgan’s interview with Cristiano Ronaldo last week, I thought of Oscar Wilde and his most celebrated play, The Importance of Being Earnest, and

Watching Piers Morgan’s interview with Cristiano Ronaldo last week, I thought of Oscar Wilde and his most celebrated play, The Importance of Being Earnest, and the iconic scene in which Lady Bracknell interrogates potential son-in-law Jack Worthing.

Jack had done well on questions about occupation, income, property and politics. Lady Bracknell was beginning to lighten up.

“Now to minor matters. Are your parents living?”

“I have lost both my parents.”

“To lose one parent, Mr Worthing, may be regarded as a misfortune; to lose both looks like carelessness.”

On the presumption that Ronaldo has effectively left United, we can agree that these two icons left the club in the worst possible circumstances. To lose one in this way might have been regarded as unfortunate, but to lose two . . .


This tells us many things about Keane and Ronaldo. They were not straightforward people. Keane was the relentless driver, the competitor who turned up for every game and expected his team-mates to do the same. If their standards dropped, he couldn’t look the other way.

Once, in a game against Sunderland, Keane got so annoyed with his team-mate, Phil Neville, that he aggressively manhandled him. It looked terrible. “You’d come into training,” Neville recounted years later, “and if you didn’t dress the right way or speak the right way or say your ‘pleases’ and ‘thank yous’, if you didn’t go out training early, if you didn’t work your hardest, if your attitude was wrong, if you gave the ball away, if you didn’t attain the standards required, then Roy would be on you like a ton of bricks.”

Keane liked and admired Ronaldo, who was meticulous about his conditioning and preparation. It also helped that Ronaldo was extremely talented. Other players were criticised for the cars they drove and the watches they wore, but Keane looked at Ronaldo checking his hair in the mirror and thought, ‘Well, he is good-looking’. Latitude is given to he who constantly performs.

What we’ve also learned from their exits from United is that in the end, what made these players great also made them vulnerable. Keane has told a story of how in his last weeks at United, he stood on a pitch at Carrington as Carlos Queiroz, the assistant manager, dished out the bibs for a training game. Every player was picked until Keane stood alone, bib-less. He looked at Queiroz who said, “Oh, you just stand up front.”

By then, Keane was struggling with injury and was losing influence. His frank criticism of a wretched United performance away to Middlesbrough was seen as disloyal by Sir Alex Ferguson and Queiroz.

Ronaldo’s case was more complicated. During the interview with Morgan, he confirmed what had been widely believed about his return to Old Trafford. United got wind he was talking with Manchester City and, presumably at the behest of the club, Ferguson told him that he simply couldn’t go there.

What United didn’t do was think too deeply about the impact of bringing Ronaldo back. They saw a 36-year-old who was still scoring a lot of goals, a total of 36 in his final season at Juventus. Had they looked a little closer, they might have noticed that the Juventus plan was for Ronaldo to help them win the Champions League. In the previous four seasons, they had twice reached the final. During Ronaldo’s three seasons, they came nowhere near. Maurizio Sarri was the manager for one of those seasons and dolefully accepted the terms of his job. “I put Ronaldo’s name down first and then decide what to do next,” he said.

No one at United considered that it was possible for Ronaldo to score a lot of goals and for the team to regress because of the changes made to accommodate him. The United he joined had just finished second in the Premier League. Then, in his first season back, he scored an impressive 18 Premier League goals but United dropped to sixth and Ole Gunnar Solskjaer had lost his job.


Ronaldo’s self-belief has always been absolute. It helped make him the great player he has been, but just as Keane’s anger became a problem in the end, so too has Ronaldo’s obsession with self. He has always known his strengths and never dwelt upon his weaknesses. All very good in his pomp, not so good in these autumnal years. Though he claimed in the Morgan interview that he can be effective in a pressing team, he’s deluding himself.

Finally, the unmissable part of the fallout with Ronaldo is that United have handled his exit as badly as Keane’s in 2005. Think of Keane and his adviser, Michael Kennedy, sitting for the last time at a table with Ferguson and the chief executive, David Gill. He suspects the end has come, they know it has and Gill shows him the statement the club had prepared.

United didn’t learn from that or understand the need to never let it happen again. They brought Ronaldo back. He scored the goals they’d hoped for and only then did they see the negatives; the suffocating effect on his team-mates, the tiny contributions when out of possession. When they realised it wasn’t working, United had to make sure things were handled properly.

And, again, they failed.

No idea how long his contract runs.


Bad move having Gary Glitter accompany him to court.