Seems pretty clear you haven't a clue about Scottish football apart from the occasional scoreline.

You tried to claim that the awarding of a penalty to Aberdeen against The Rangers somehow meant even-handedness in refereeing in Scotland because you could point to that penalty - despite the fact that Aberdeen were denied another stonewaller in the same game, which should also have resulted in The Rangers having had their keeper sent off. Even the Aberdeen manager went to the media after the game saying it. But your only counter was, wait for it, the Aberdeen manager isn't a poster on PROC. You're beyond parody when you have to resort to such abject silliness Earl.

Do you know that subsequent to that match, with the The Rangers first domestic red card since 2019, that they went again and complained the referee. Yes, they lodged an official complaint on SEVEN different aspects of the ref's handling of that game. And surprise surprise, well not to anyone who has a passing knowledge of the working of the game in Scotland, said ref was subsequently suspended from top flight officiating. Just as the previous ref they complained about was.

So, Celtic recieved the benefit of doubt in a marginal off-side decision and it was still in the newspapers a week afterwards. The ex Head of Referees came out saying it was a disgrace that it happened.
Fast forward to when the huns recieve not just the benefit of not having a penalty given against them, they complained the ref had awarded another penalty and sent a player off, and the Ref gets suspended.

It would be hilariously funny if it wasn't such a serious issue with so much riding on such events.


But meanwhile, in a treehouse somewhere in Cork, some guy who occasionally watches SPL matches, thinks there's absolutely nothing to see in any of this because.....well, ...just because.

Don't have it too tight. But, but, but the referees, ya pity. Typical Shinnerbot, it's always someone else's fault.


RIP that understated guy who stopped the hun 10
J


RIP that understated guy who stopped the hun 10
Click to expand...

Seemed a decent guy...should have pushed on unfortunately couldn't get on with jock brown


RIP that understated guy who stopped the
Click to expand...

Evergreen said:
Seemed a decent guy...should have pushed on unfortunately couldn't get on with jock brown
Click to expand...

Did you know that because of the death threats he received when he was general manager, he was allowed by the cops in Scotland to break the speeding limits.
S

TheOutdoorThreadmill said:
Did you know that because of the death threats he received when he was general manager, he was allowed by the cops in Scotland to break the speeding limits.
Click to expand...

Nope. Never heard that story before - where did you hear it?

I googled Jock Brown and breaking the speed limit and got

27 Jul 2000 — Lawyer and football pundit Jock Brown is convicted of speeding ... in a 30mph limit while on his way to an early morning round of golf.


I stood up at the flag cos I hated Jock Brown. The dopey clown managed to alienate Wim Jansen who'd just guided Celtic to their first league title in 10 years and also won a League Cup, only a couple of years after Celtic's infamous trophy drought.

FMC was a great man but he made mistakes. And Jock Brown was one of them.

SoundMan said:
Nope. Never heard that story before - where did you hear it?

I googled Jock Brown and breaking the speed limit and got
Click to expand... 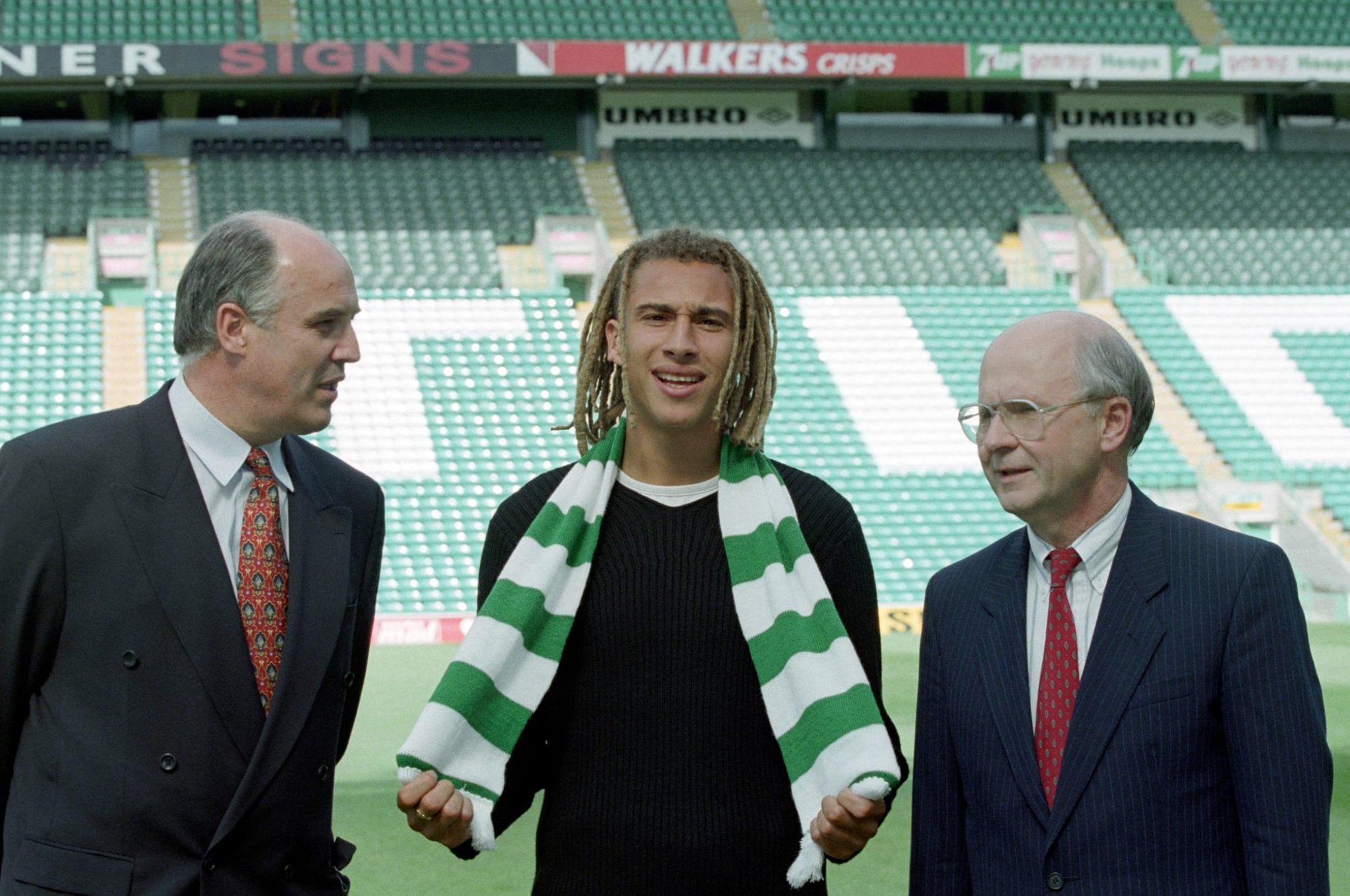 Ta, I'd never seen that before.

But of course Jock Brown is a bit of a fantasist.

"So I then got a very special dispensation about driving where I could break traffic regulations in certain circumstances. And I had a number to call if I had a problem. And I didn’t even talk about the death threats.”

Even without talking about the alleged death threats he had a special dispensation about driving where he could break traffic regulations - I find that very hard to believe. I don't recall any of those who had received actual death threats including bullets and bombs in the post, and indeed Lennon being assaulted on the street and in Tynecastle as well being given a dispensation from the police to break the speed limits. And of course Jock Brown still managed to get caught speeding and was prosecuted for it. His total arrogance that he went to court to contest a speeding fine speaks volumes about the guy.

That must have been some spit as it's about 10Km of built up area between Hamilton and Celtic Park - Motherwell fair enough is only over the road from Hamilton, or Blantyre or Bothwell, Uddingston or even Bellshill. But Celtic Park????? I don't f**ken think so.

It didn't help his case at the time with the supporters that his brother had signed for the huns as a youngster from the accies and in later life had left a "We're up to our knees in fenian blood" message on his partners answering machine.