dennisfallen said:
Didn't a reporter go to jail after the Beef Tribunal played out?
Click to expand...

How exactly when their findings are not legally binding?

They cannot lock people up.

Stacky said:
How exactly when their findings are not legally binding?

Where did I say that Tribunals send people to jail?
S

dennisfallen said:
Where did I say that Tribunals send people to jail?
Click to expand...

Juicy. Looking forward to seeing this play out........of course nobody will go to Jail as this is Ireland after all.
Click to expand...

I hope this helps?

You either did not read or fully understand the opening post or you do not know what tribunals actually do.
D

Stacky said:
I hope this helps?

You either did not read or fully understand the opening post or you do not know what tribunals actually do.
Click to expand...

Once again, where did I say that Tribunals put people in jail? Court cases may happen afterwards.....but of course you knew that already, but thanks again for pointing out that we're all not as intelligent as you.
S

dennisfallen said:
Once again, where did I say that Tribunals put people in jail? Court cases may happen afterwards.....but of course you knew that already, but thanks again for pointing out that we're all not as intelligent as you.
Click to expand...

dennisfallen: Juicy. Looking forward to seeing this play out........of course nobody will go to Jail as this is Ireland after all.
Click to expand...

Who would even partake in any tribunal if "Court cases may happen afterwards" or there was the jeopardy of a potential jail spell?

Why not have a court case in the first place?

Tribunals are a limited process.
P

Former Garda sergeant 'physically sick' from being in room with superintendent​

A former garda sergeant has told the Disclosures Tribunal that he was "physically sick" at the Irish Open golf tournament when he had to be in the same room as a superintendent he accuses of bullying and harassment.

The tribunal is hearing from retired Gda Sgt Paul Barry, formerly of Mitchelstown Garda Station in Co Cork, who made a protected disclosure that the proper investigation of a child sexual assault allegation was prevented by a superintendent, who he says bullied and harassed him. The Director of Public Prosecutions later directed there be no prosecution on the child sex assault allegation.

The former garda claims the investigation found that one of the alleged suspects was connected to senior gardaí, the tribunal also heard. After a criminal investigation, the DPP directed in November 2015 there be no prosecution relating to Sgt Barry's claims that the superintendent had perverted the course of justice, due to a lack of evidence.

Mr Barry made a claim of bullying and harassment against his district officer, Superintendent Michael Comyns, outlining nine allegations in statements made in October and November of 2012. Mr Barry reported "non effective" for duty on August 6th, 2012, citing "work-related stress" and did not return to work until March 29th, 2013. Supt Comyns denies the allegations, describing them as "unfounded and vexatious".

On Friday at the tribunal, Mr Barry said that his safe return to work involved medical advice from his GP and the Garda CMO that he should not come into contact with Supt Comyns.

Mr Barry told Diarmuid McGuinness SC that he was rostered to work at the Irish Open golf tournament at Fota Island in June 2014. Superintendent John Quilter had been in charge of Garda planning for the event, assisted by Inspector Eoghan Healy. Mr Barry was detailed for duty between Barrystown roundabout and Carrigtwohill Village, reporting to Insp Healy.

However, in the run up to the event, Supt Quilter took annual leave and Supt Comyns was designated to take over by Chief Supt Gerard Dillane. As part of policing the event, Mr Barry says he was required to attend a large garda briefing held by Supt Comyns, putting both men in the same room.

Mr Barry told Mr McGuinness that he believes "Ch Supt Dillane, Supt Quilter and Supt Comyns together conspired to put me in that situation". Mr Barry says he told Supt Quilter of his situation regarding Supt Comyns and was told that there would be no contact with Supt Comyns.

Mr McGuinness asked Mr Barry if his presence in the same room as Supt Comyns for the meeting breached the medical advice issued by the CMO and his GP. "Yes, because it made me physically sick," said Mr Barry.

In his statement to the tribunal, Mr Barry states: "I believe I was targeted for this duty by both Supt Quilter and Supt Comyns, as both would have been aware I did not want to have any contact with Supt Comyns. I became physically sick and the whole event caused me a lot of stress. Had I refused to attend this golf duty, it would have given them another reason to transfer me.

"I believe Supt Quilter deliberately took leave so that I would have to deal with Supt Comyns."

Mr Barry says he submitted his retirement application immediately after the golf duty as "I didn't ever want to go through this again".

In his statement, Supt Comyns says he did not see or come in contact with Mr Barry and that he had no input on deciding who was to be deployed at the event and described the conspiracy allegation as "not true".

Ch Supt Dillane said in his statement: "I totally deny that I ever targeted Paul Barry or was ever aware of any other person targeting Paul Barry. The accusations made against me are untrue and I find them to be very hurtful."

Supt Quilter states that he took leave for a long-standing family commitment but did not decide on designating Supt Comyns as his replacement. Supt Quilter noted that Mr Barry did not have any direct contact with Supt Comyns at the event. "I do not understand how any allegation, inference or imputation arises," he said in his statement.

The tribunal has heard Mr Barry say that he was forced to return to work in 2013 because he was on a reduced salary due to his "work-related illness" being recorded as an "ordinary injury" on Garda systems. Mr Barry was out sick for 239 days in total.

The Garda system recorded Mr Barry as being absent due to "illness: flu/virus" for the period. Any member absent from duty for an "ordinary illness" is put on reduced wages. However, if the member is certified as having an "injury on duty", they are entitled to full pay without allowances for the period of absence.

In his statement, Mr Barry said he felt he was being "deliberately targeted" by management in this regard to "punish me financially".

Mr Barry told Mr McGuinness that because of his reduced wages while out sick he could not support his family without returning to work and had no choice but to return.

In her opening statement on Tuesday, Sinead McGrath BL told chairman Mr Justice Sean Ryan that Mr Barry has made nine allegations in total, one of which related to the district officer in Fermoy regarding his conduct in the investigation of an allegation of the sexual assault of a minor made to Mitchelstown Garda Station in February 2012.

During that investigation, Mr Barry claims, investigating members became aware that one of the alleged suspects was connected to Superintendent John Quilter, the district officer at Midleton Garda District and to Chief Superintendent Anthony Quilter, who was later the Assistant Commissioner for the Southern Region.

Ms McGrath said that Mr Barry claims he conveyed this information to Superintendent Michael Comyns. Mr Barry's bullying and harassment complaint of 2012 alleged that "the whole investigation was compromised by Supt Comyns' actions and directions". 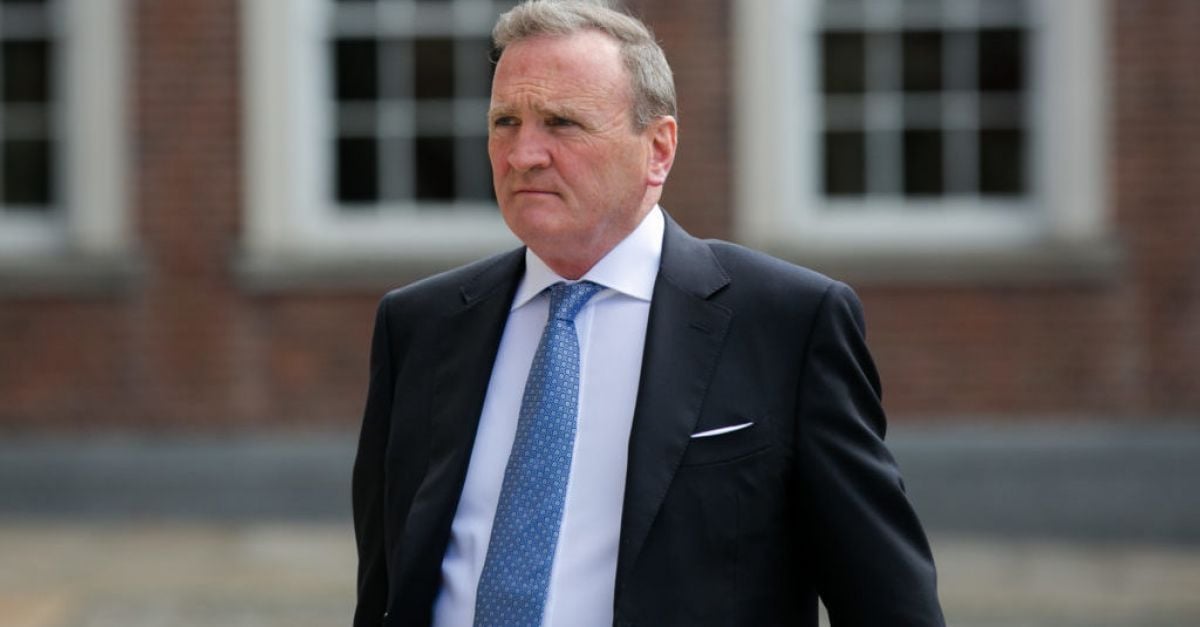 Former Garda sergeant 'physically sick' from being in room with superintendent | BreakingNews.ie

The tribunal is hearing from retired Gda Sgt Paul Barry, formerly of Mitchelstown Garda Station in Co Cork, who made a protected disclosure