Hard to know who are the outstanding teams in the NFL this year. Tennessee have put a nice winning run together. Green Bay are consistent. But no one looks to be untouchable.

Strange season overall. If the aim of the League is parity, then they've got it this year.

It is a completely mad season.

The Rams need the bye, look to have gone off the rails. Due respect to the 49ers but the fact that this was their first win in Santa Clara in a year tells you more about the Rams than it does the 49ers. Though from the youtube highlights Kittle looks back in harness so that's a positive for Shanahan. Arizona got shellacked by Cam ("I'm back baby!") although they are completely lost without Murray and DHop.

Packers are solid but the whole Rodgers thing might knock them off kilter at some stage.

Cowboys are Jekyll and Hyde. Philly look like they can spring upsets against better teams not properly tuned in on the day - could be dangerous if they make the playoffs. Vikings if they got their house in order could go on a run in the playoffs.

Buccs looked poor v Washington - was last year a flash in the pan? Aryans called Brady out after for his underperformance so that might be worth keeping an eye on.

Saints could have won that game in Nashville - Tennessee now missing Julio Jones and Henry for the next month give or take which could hurt them (though maybe not in the short term).

The AFC is a mess below Tennessee - Chiefs looked back on form on Sunday night v Vegas, but next week v Cowboys will tell more. Chargers have gone backwards - is there a curse on that new stadium in LA (looks fantastic in fairness)? Pats look threatening in a wildcard (assuming Buffalo wrap up the East Division and don't have any more Jacksonville-type performances). North is a slow bicycle race - none of the teams offer consistency.

It's great entertainment every Sunday night but hugely frustrating for any hardcore fans I would reckon.
S

keamoresouth said:
It's great entertainment every Sunday night but hugely frustrating for any hardcore fans I would reckon.
Click to expand...

27 of the 32 teams are within a game of the current playoff standings.

Obviously the Jets are of the five wasters. And will roll out a 48 year Joe Flacco to start on Sunday. Oh joy.
M

AB reported to have forged his vaccination card. Bad blow for the team at a time when they are down at the moment... if it turns out to be true
K 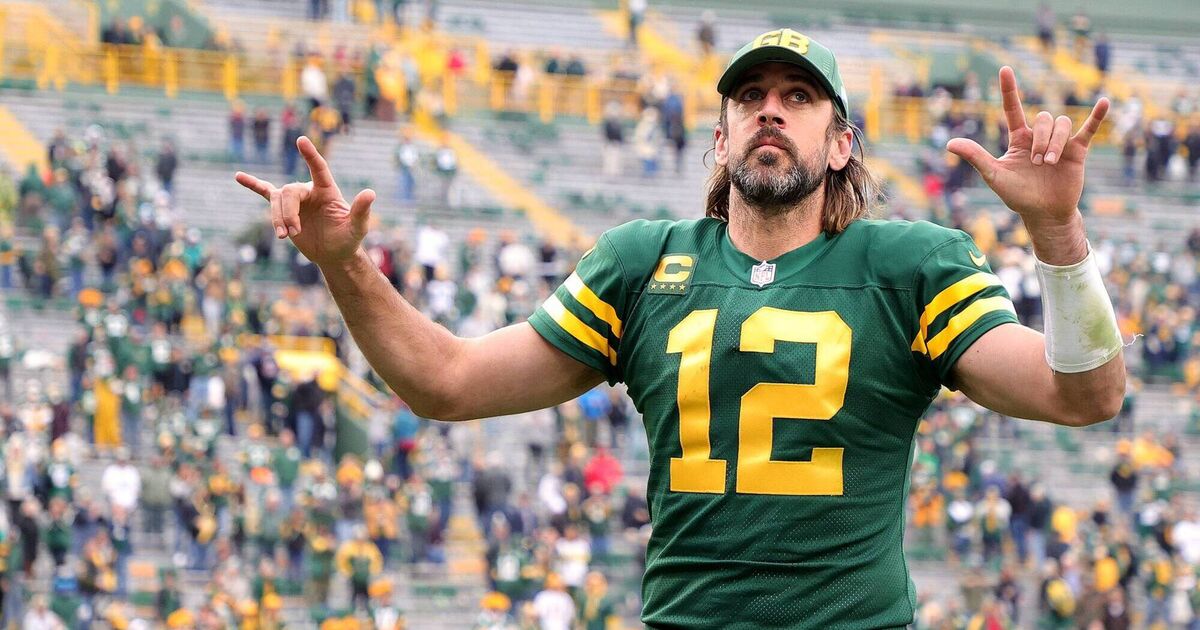 In a sport where bodies are put on the line every week, the Green Bay Packers quarterback decided he knew his own body best

Can we describe yesterday's action as a case of "hold my beer"? Carnage I think is the best way to describe it: Bills taken to the woodshed at home by the Colts; Jonathan Taylor scoring 5 TDs Green Bay beaten in Minnesota, who in fairness to them have put themselves in winning positions in a lot of games so far despite their .500 record Tennessee upset at home by the Texans, if anyone saw that coming can I have this week's winning Lotto numbers please? Dallas getting shut out at Arrowhead and only kicking 3 field goals - are the Chiefs back now? Cardinals winning at Seattle but it's more on Wilson than McCoy here although McCoy did make some crucial late interventions to ensure the win. Surely it's a matter of time now before Wilson and Carroll or both are gone from Seattle? And to cap it all last night (this morning) at SoFi Stadium. The 4th quarter alone is a must-watch: Anyone predicting anything this year is deluded. Except for the Jets, but that's a whole other story. And Baker Mayfield stuttering more than a chainsaw that needs a filter change.
S

Hopefully my favourite baby-faced Mormon is back next week. Jets lost again yesterday, but the rookies continue to look good. Moore, Carter x 2, Vera Tucker are all impressing. If Wilson can show anything in the second half of the season, then the 2021 draft could be a potential franchise-changer.

Just like that, the Patriots are back on top of the AFC East. So much for the transition period and the Bills dominating for a while. Buffalo look ulnerable this year. Don't know if teams have sussed Allen out?
M

Annual Tradition of dunking on Lions completed. Cowboys Raiders should be a decent contest.

Also, Jesus christ an 8 and a half minute drive to close out the game by Andy Dalton of all people. The Lions know how to inflict maximum pain on themselves
Last edited: Nov 25, 2021
K

keamoresouth said:
That and Dan Campbell making a complete mess of the end of the 4th quarter
Click to expand...