TheEarlofPearl said:
That just shows how stupid and uneducated the Brits are that they would cast a vote on something so important based on what the read on Twitter, also shows what a sinister company Twitter is or was.
Click to expand...

Gullible twats and they are now going to have to live with the consequences for decades.

Russia as a corrupt mafia terrorist state has to get everything else to fail or fall apart as it cannot succeed itself so it tried to wreck U.S. democracy and the E.U.

The E.U. is stronger now while democracy in the U.S. is hanging on by a thread. 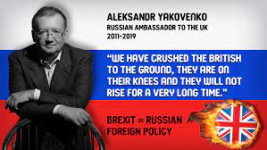 TheEarlofPearl said:
That just shows how stupid and uneducated the Brits are that they would cast a vote on something so important based on what the read on Twitter, also shows what a sinister company Twitter is or was.
Click to expand...

I wouldn't be at all surprised if the bots are working Ireland through Sinn Fein. Ireland's relationship with Britain is a blind spot that can easily be exploited by people who want to manipulate the Irish populace in the same way the UK had a blind spot on the EU relationship.
Sinn Fein are a perfect vehicle for PPP, populism, polarisation and post-truth:
"The starting point is populism, which is not an ideology but rather a toolbox for gaining and wielding power that can be coupled with virtually any ideology. Populists are leaders who portray the basic fault line in society as the conflict between a corrupt elite and a virtuous, long-suffering people. As a framing device, this can be easily adaptable to local circumstances, both ideological, national and religious. Narendra Modi’s populism in India identifies the pure people as vegetarian Hindus and the corrupt elite as beef-eating Muslims and foreigners. Brazil’s Jair Bolsonaro’s populism identifies the people as honest and hard-working and the corrupt elite as the globalised, left-leaning, political-managerial class that resides in Brazil’s big cities. The specifics don’t matter as much as the structure of the pitch: you are good, they are bad, and you need me to protect you from them.

Populism is a poisonous frame to put on any political dispute, but its destructive potential is made that much worse when coupled with the second P: polarisation. Polarisation strategies seek to heighten political tensions by turning any and every political discussion into a referendum on one thing: are you on the side of righteous people and the leader or are you on the side of the rotten, voracious elite? Polarised political systems stamp out the neutral spaces between opponents, delegitimising any attempt at pragmatic compromise and peaceful cohabitation between the sides. A talented populist at the helm of a determined campaign of polarisation can quickly put democratic institutions under considerable pressure. Sometimes the institutions hold. Sometimes they do not.

But that’s not all. Today’s autocrats, and those who aspire to join their ranks, are often masters of post-truth. By this I refer not merely to lying or stretching the truth, which all political leaders do, but to something far deeper and more insidious. Post-truth sets out to distort the public sphere to such an extreme that people lose sight of the distinction between truth and lies. Sometimes they do this through the kinds of “firehose of falsehood” technique pioneered by Vladimir Putin’s Kremlin, where a relentless barrage of obvious lies, always told with a straight face, overwhelms viewers’ faculties. Or they might use sophisticated social media influence campaigns based on carefully constructed online “bot-armies” sent out to magnify the influence of untrue or polarising claims, or to trash the reputations of opponents. In either case, the goal is not so much to convince the audience of a given falsehood, but to mire them in a morass of fear, uncertainty and doubt: a feeling, summarised in the title of Peter Pomerantsev’s recent book, that Nothing is True and Everything is Possible.

Populism, polarisation, post-truth. The formula has worked remarkably well around the world for those seeking to deconsolidate even democracies we once perceived as fully mature. And Europe is far from exempt."

Irish nationalism is particularly vulnerable to that polarisation, the fracture lines from the Civil War are still visible in the Dail. Sinn Fein definitely run a populist line. And they've practiced post-truth for decades, plenty practice defending terrorism as "legitimate activities".

It's there, don't fool yourself into thinking it couldn't happen in Ireland. Wouldn't take that much, especially if Sinn Fein had a more charismatic leader..
S

Do the Brits still take these eejits seriously? 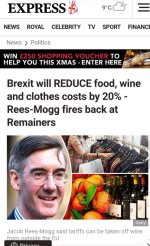 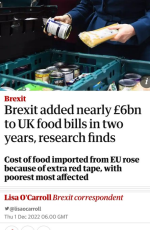 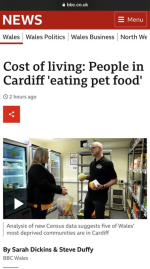 the english and welsh are submissive peasants, doffing their caps to the tory aristocracy who they think know what they're doing 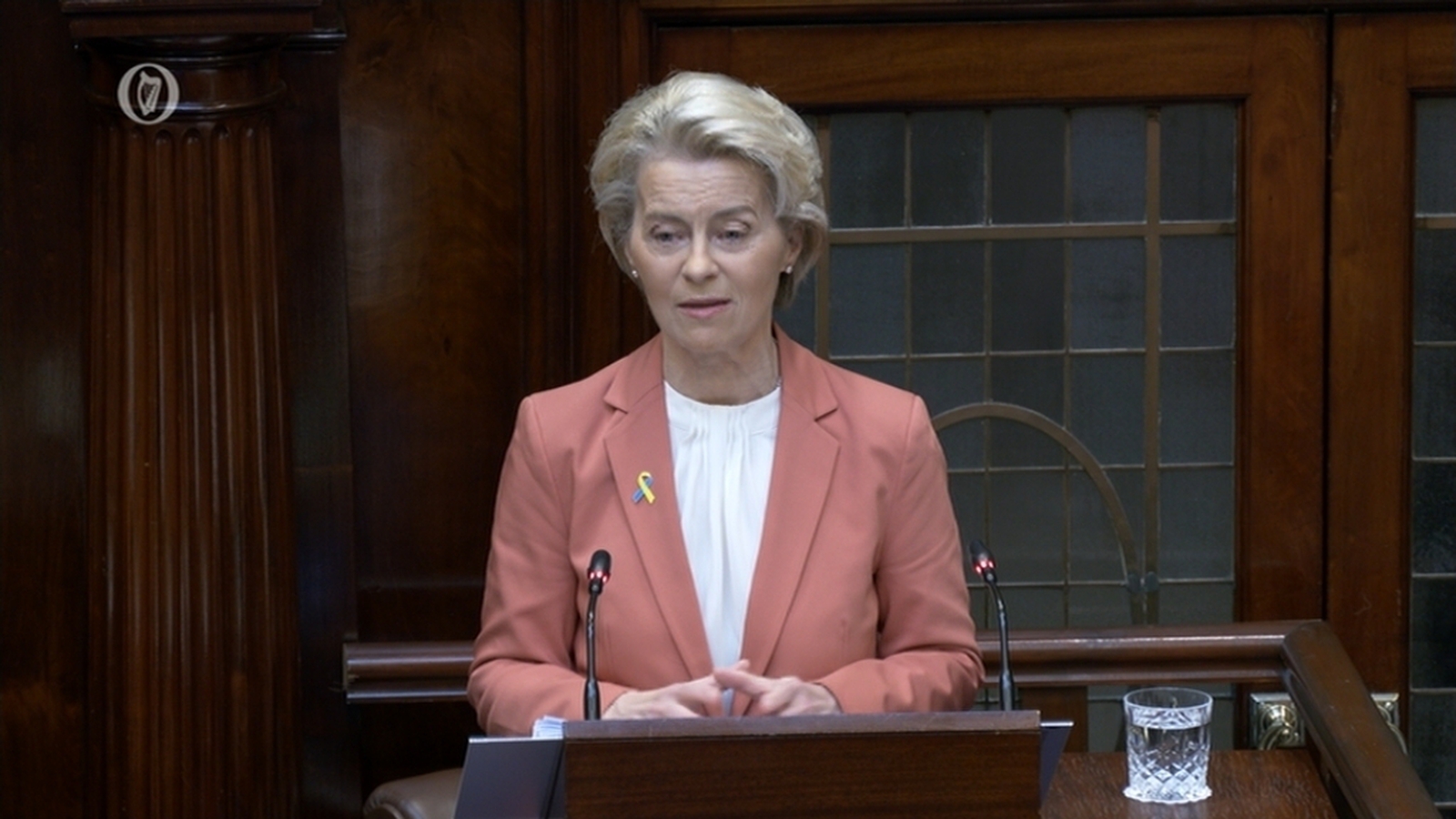 European Commission President Ursula von der Leyen has told a joint sitting of the Houses of the Oireachtas that Oireachtas that there can be no hard border on the island of Ireland. 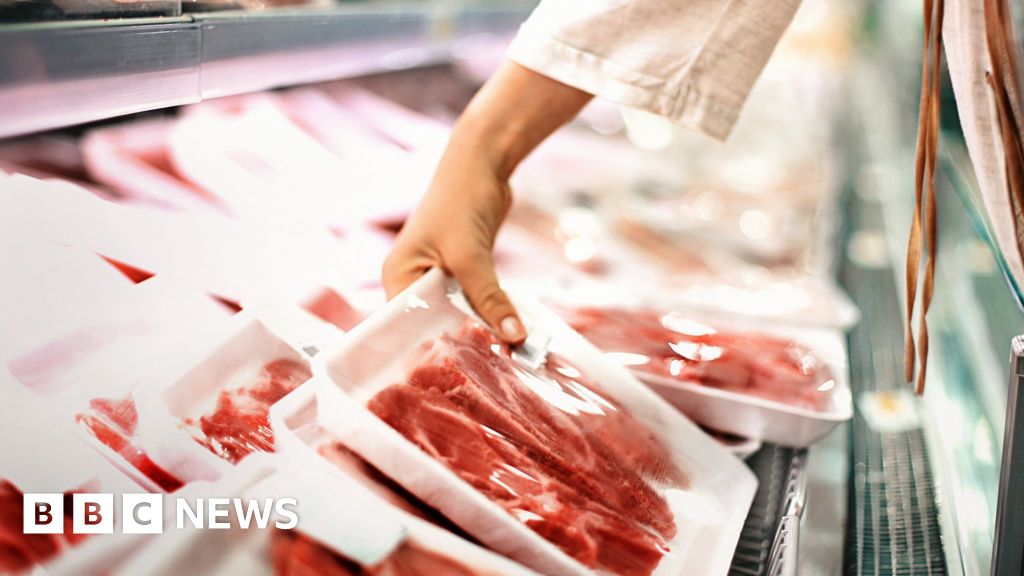 A new study suggests extra red tape and checks pushed up food bills in the UK over two years.
www.bbc.com
Click to expand...

They are eating pet food in Wales.
J

The saj pulling out?
B

jams said:
The saj pulling out?
Click to expand...