Is it me or is our government and corpos are fecking us over?

Have a look at the last year's GDP and the actual level of consumption. It ain't that colorful as media and the gov are saying...
So we are such a power, but... damn Lithuania how come? The quality of life in PL and CZ from my personal experience is higher than in Eire. Paper tiger meow... 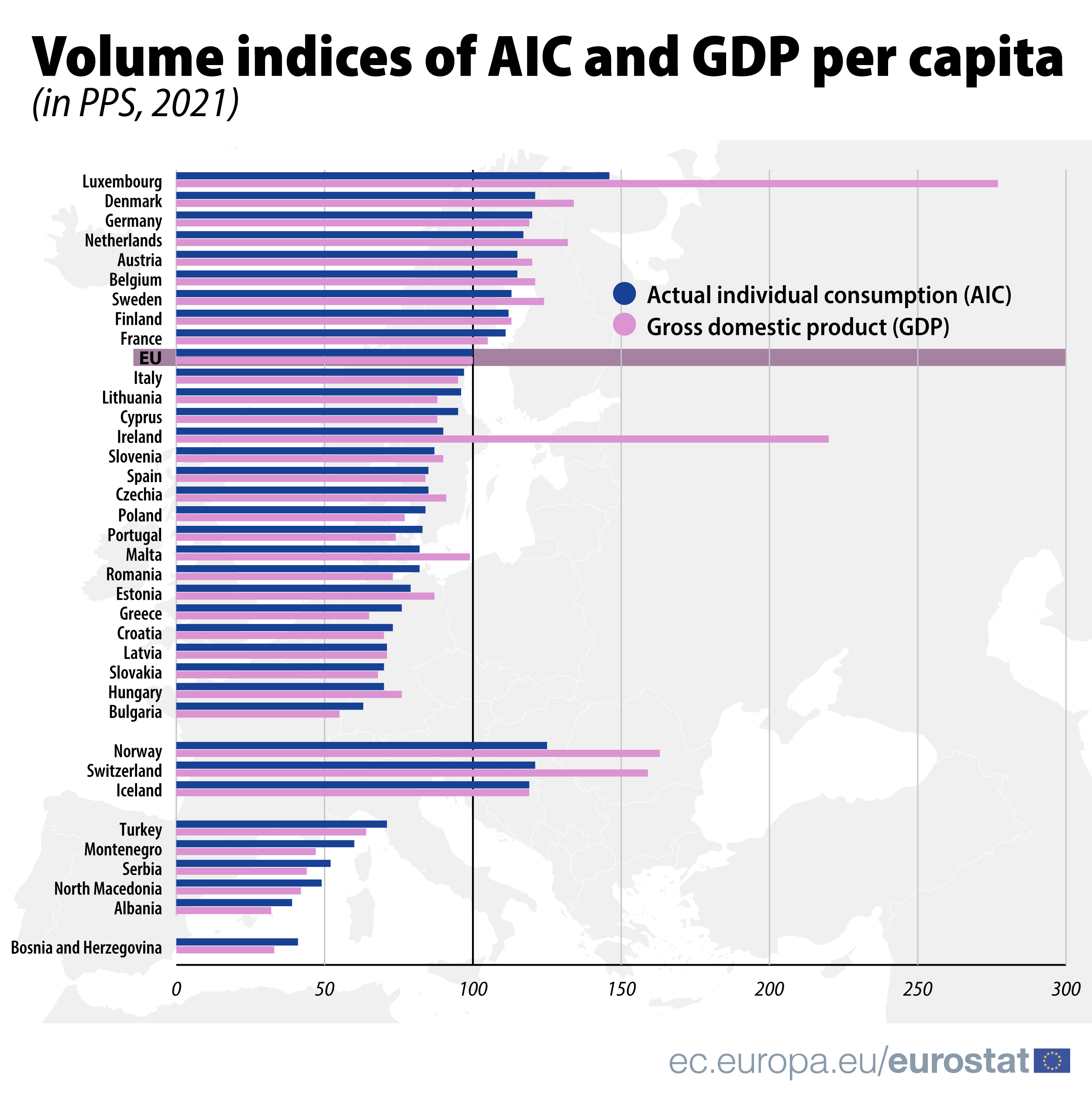 Our current crop of cun*s in Leinster house have ,are , and will continue to feck us over until we the ppl vote for real change
B

And then it will get a lot worse
C

I got shocked seeing that even LUx which is just a tax heaven got the quality higher than half of GDP. In Eire it would be like 40%
P

Well yes and it's shouldn't come as any surprise.
G

catcha said:
I got shocked seeing that even LUx which is just a tax heaven got the quality higher than half of GDP. In Eire it would be like 40%
Click to expand...

Look at the similarity in the graph lux to eire
T

Can someone explain this to me?

bluesball said:
And then it will get a lot worse
Click to expand...

Corks finest said:
Has to temporarily while seismic changes take place ie the booting out of FF/ FG from Leinster house
HSE/ judiciary/ AGS / planning authorities all need reformed
This takes time- patience
But since the foundation of the state the ruling parties have fucked over the normal man
Mass emigration saved them in the past as the cream of the country has to leave
Presently most of our young intelligent ppl will not vote as their parents did
They’ll vote next time round for drastic change
And when (not if )SF and company take the reins they had better deliver
MM and Leo the langer will be long gone within 5 years
That asshole leader of the greens also

About time ppl of this broken state step up to the mark and vote these parasites out
Click to expand...

Seriously.... Do you actually believe all of what you just wrote. You actually think if we vote in somone different then we will be better off. You are assuming that government actually controls the country, that say minister of health controls the hospital. When the next crowd come in they will change everything....ha...
Do you not realise that there is a group of civil servants who control the country, well they at least control the public part of the economy. Do you think they will bow down to sinn fein.....
Rest of the country mostly made up of private sector workers and employers go out and work hard every day and create wealth. This is what brought the country back from the last recession.
ELections are irrelevent. THey are just a vote without consequences. In fact its just another form of irish entertainment like GAA or rugby. Prize is we get in the news and talk on discussion panels. But thats it...
C

thomàs anderson. said:
Can someone explain this to me?

Pink bar is how good is the country in generating profit/earning/producing per person, simply how country in general is getting on when then divided by citizens. Bigger the bar, country is more profitable per person living in that country meaning - this in theory is how good the live is there, how much you can afford for the money you earned. (this is not perfect, better for it would be purchasing power index, but for this here is good enough).

Blue bar is how much can citizen afford to buy from the profit they generated from their work. Bigger the bar, you are wealthier.

If blue is bigger than pink, this means country (society) is living on loans, they consume more than produce. This is OK if not big difference, it is problematic if the gap is huge meaning people spend more than they earn.

If pink is bigger than blue, then it means that from all the wealth people produced only portion of it stays in their pockets making their lives better in general - you should be able to afford more, you can live on the higher level.

From the above graph we can read, that Ireland despite generating enormous profit (pink bar) due to tax and general politics of the country mostly makes this wealth to go away (transferred out). This is not bad, as Ireland's economy well... lets say it is not Germany but more Luxembourg due to corpos here. However, comparing to Luxemburg (the wealthiest country) Ireland does not give earned money to the people to spend what they worked for (or reduce cost of spending using politics to eg. lower costs of living, fuel etc. simply they use political tools to move that pink bar to increase the blue bar, even simple thing like free medical service, better infrastructure paid for from the pink portion). It the blue bar tells you how wealthy the people are, how much they can afford to spend (not how much country earned/produced) and in that category we are behind for example... Lithuania. That blue bar gives you some of idea on standard of living in the country. The pink bar is showing how country is getting on.

Ergo, Ireland should have a better quality of life than Denmark but because of government (laws, taxes, rules) we are behind Lithuania.

Standard of living is not only the money you can spend but also availability of the services and access to them. That is why when this is taken into account (not exactly shown on the graph here) Ireland is below EU average despite having second largest earnings.