and not even the crookedest street in San Francisco


We went down it recently, I remember thinking wow, we've actually doing something touristy, then my friend turns around and asks the taxi man does he sell cocaine.
How mortifying.
A

- I went down that in GTA: San Andreas.
D

thegillabbeygowl said:
We went down it recently, I remember thinking wow, we've actually doing something touristy, then my friend turns around and asks the taxi man does he sell cocaine.
How mortifying.
Click to expand...

Afro_Samurai said:
- I went down that in GTA: San Andreas.
Click to expand...

Same here in a gun battle with the pigs.
I 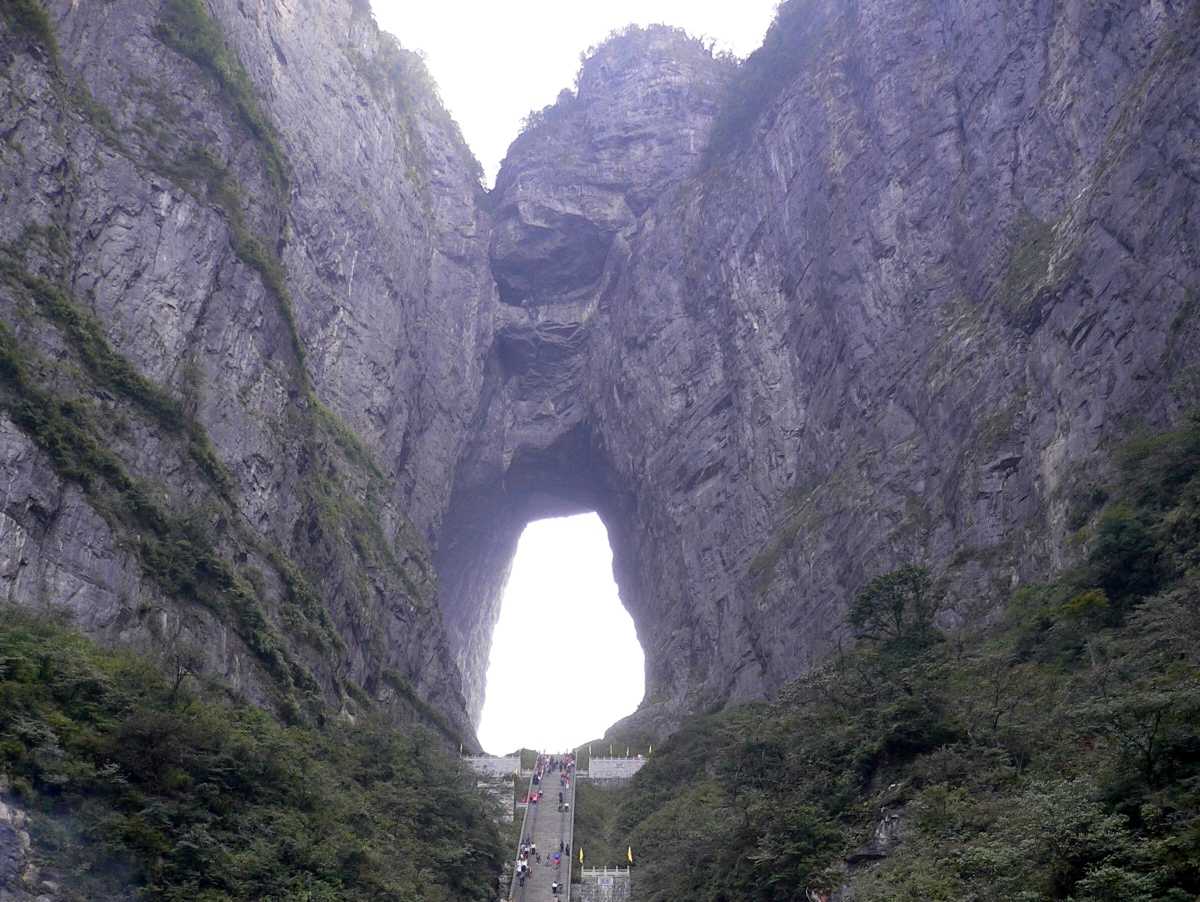 Tianmen Shan (Heaven's Gate Mountain) is a cave natural arch eroded through a karst syncline. It is located about 8 km south of the city of Zhangjiajie (formerly Dayong) in northern Hunan Province, China. It is accessed from Zhangjiajie by what may be the world's longest skytram (7.5 km) that leads to a bus ride on a very winding road, followed by a set of stairs with 999 steps. The last few of these steps are shown in the photo above. An interesting series of photos that pictures the skytram ride and the bus route, along with some of the stairs and the arch, is found here.
Tianmen Shan may be unique among the world's great arches in that its formation is recorded in history. Documents from China's "Three Kingdoms" period report that the entire opening formed in one cataclysmic event when the back of a huge cave collapsed in 263 AD. As a result, the name of the mountain was changed from Songliang Shan to Tianmen Shan. Thus, Tianmen Shan is also one of the very few natural arches with a precisely known age. 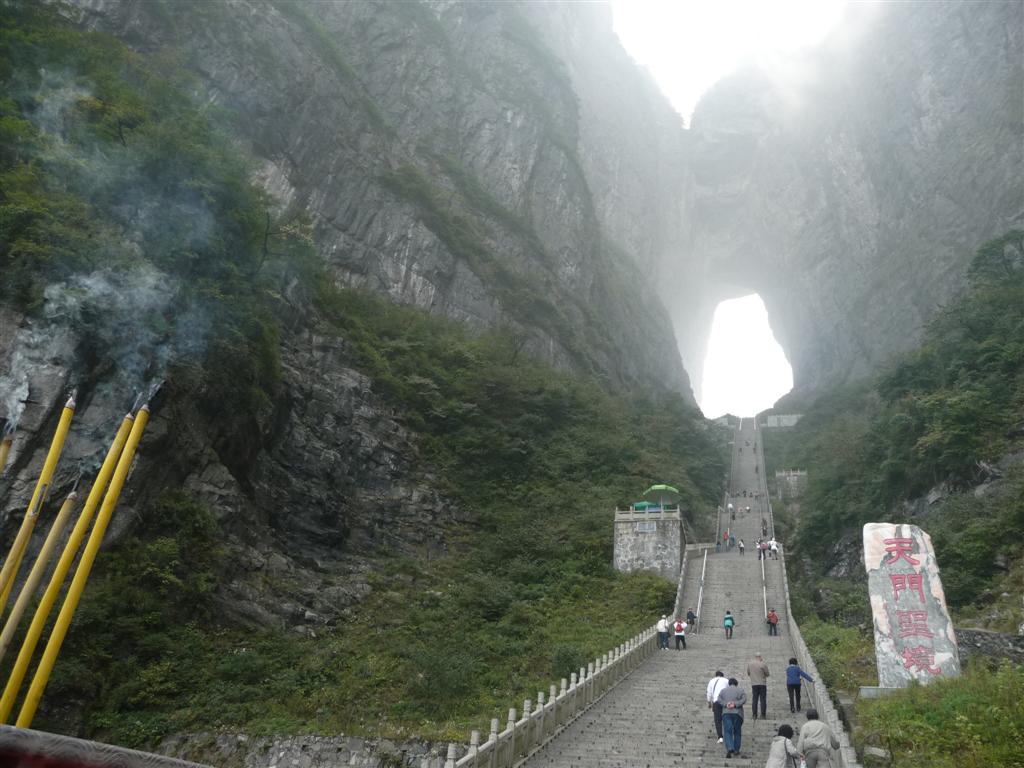 In modern times Tianmen Shan has become a target for stunt fliers. This is due to its location close to the Zhangjiajie airport as well as its large opening. Acrobatic flying teams have flown through the opening in 1999 and 2006. A public domain photo of the 1999 flight is shown below.