Something Happens raised the roof at their brilliant live show in 2016, so we had to bring them back to the Spiegeltent for 2018! Legends of the late eighties Irish music scene, Something Happens were one of the Irish bands of the period who trail-blazed a commercial path across the country and beyond. While not recording anymore (singer Tom Dunne is a well-known radio presenter) they still play live to their adoring fan base. With a catalogue of hit singles at their disposal, the Something Happens! live show is an unmissable trip down memory lane.

Something Happens were an Irish pop-rock band whose heyday was the late 1980s – early 1990s. An earlier incarnation of the band was called ‘The Dazzmen’ and was fronted by singer Martin Lynch who left the band and became the frontman for another early 1980s Dublin band ‘The Cracker Factory’. After Lynch’s departure the band recruited vocalist Tom Dunne and became ‘Something Happens’. The band’s line-up comprised Tom Dunne (vocals), Ray Harman (guitar), Alan Byrne (Bass) and Eamonn Ryan (Drums).

They shot to prominence with the single “Burn Clear” which was featured on the soundtrack of the 1988 Irish movie The Courier. 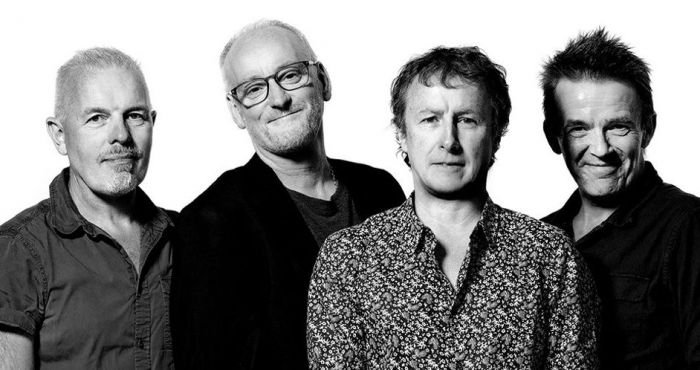