The debut album from Soda Blonde may be called Small Talk, but if there’s one thing the Dubliners do not do, it’s mince words. The entirely self-produced album sees the group reflecting on their twenty-something experiences with refreshingly honest transparency.

“To put it simply, Small Talk is about life in our 20’s,” says Faye O’Rourke, Soda Blonde’s enigmatic front woman. “Every part of us is in here, both subliminally and literally. Lyrically, this record is like a collection of my flaws and insecurities. They’re lingering awkwardly by the bar at a crowded social gathering, waiting to integrate with the wider world”.

All four band members (O’Rourke, guitarist Adam O’Regan, drummer Dylan Lynch and bassist Donagh Seaver-O’Leary) are seasoned musicians, despite their youth. They have been playing together since their early teens, with their previous band – the internationally renowned Little Green Cars, whose seminal debut album skyrocketed to number one on the Irish album charts. O’Rourke is the first to admit that

when Little Green Cars called it a day, she felt lost. But a career shift for the four musicians wasn’t in the cards – and Small Talk is self-evident proof, different than anything the group have released before, but carrying on its back all the things they’ve learned.

Released in July 2021, Small Talk received widespread critical acclaim. The Irish Times said it was “Artful, accessible & cinematic … a record so articulate and expressive that its title has to be a wry injoke”.The album went on to be nominated for the lauded RTE Choice Music Prize - for both ‘Album Of The Year’ & ‘Song Of The Year’.

Following a series of sell-out tours Soda Blonde have just announced their biggest headline tour to date for this December. The band are currently in the studio working on their highly anticipated second album.

Coalescing contemporary soundscapes with classic pop melodies of the 80s, Shobsy has been hotly tipped for his compelling vocals and is rapidly becoming a leading artist to watch in Ireland.

A remarkable live performer Shobsy sold out his first two headline shows with MCD. He recently recorded a version of ‘Bittersweet Symphony’ with the 23 piece RTE Concert Orchestra which was one of the highlights of ‘The Main Stage’, Ireland’s New Summer Music TV show. He was one of the Standout performers at Ireland Music Week which highlights the best new music talent coming out of Ireland.

Formerly the lead vocalist in acclaimed rock group State Lights, the quartet soaked in success with their stadium-sized anthems, including ample appearances at both Electric Picnic and The Late Late Show. In equal measure, State Lights dominated airwaves with international airplay on KROQ in the States and Radio X in the UK.

Shobsy marries the modern-day sonics of The Weeknd with the nostalgic adrenaline rush of 80s icons like A-ha, “Record of the Day 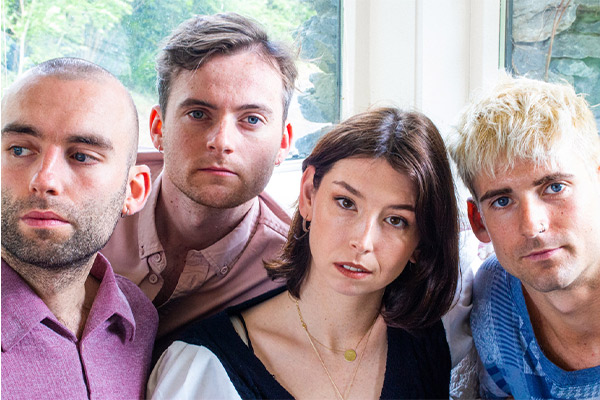