Sara Ryan is a vocalist, songwriter and performer. Hailing out of Newbridge, County Kildare and now based in Cork City. Her debut single ‘Belle’ won her acclaim and recognition in 2017. Playing to over two thousand people at the Doolin Folk Festival and extensively touring her Debut EP ‘Glitter Skies’, Sara thrilled audiences throughout the country each to a full house audience.

Sara has shared the stage with artists such as Mick Flannery, Jack L, John Spillane, Wyvern Lingo and Luka Bloom. Her music has received a huge amount of support from Irish media including stations such as KCLR, WLR, Galway Bay FM, Cork’s 96FM and RTE Radio 1. Her latest single ‘Bright Blue Skies’ has been featured on Hot Press and The Last Mixed Tape.

Kildare born Cork based singer, Sara Ryan showcases evocative vocals within every performance. Her sound creates a captivating soundscape, revealing a darker side simmering under the surface. Her social commentary style delves into the often unspoken topics of our world such as our Irish history,

racism, the conditions of direct provision, and humans right outside of Ireland also.

Sara grew up singing everything from Christy Moore to Rory Gallagher, Damien Dempsey to The Doors, and Joni Mitchell to Bonnie Raitt, to name a few. Her influences span out to a variety of places to create her sound, which is a colorful blend of folk, blues and soul. A new sound to Ireland, compiled with compelling raw lyrics to describe our world accompanied by a sound fueled with passion and soul.

Her Debut Album, “Breathe” was released on the 7th of November. The album was recorded in Monique studios Cork and produced by Christian Best.

“she continues to progress through hard work , determination and , most importantly….pure talent and creative spirit” - Christy Moore.

“Sara is a very striking performer with a folk voice that is high, carrying, soft and beautiful, but also eerie and weird. A brilliant vehicle for the songs she will be composing. An excellent musician and singer.” - John Spillane 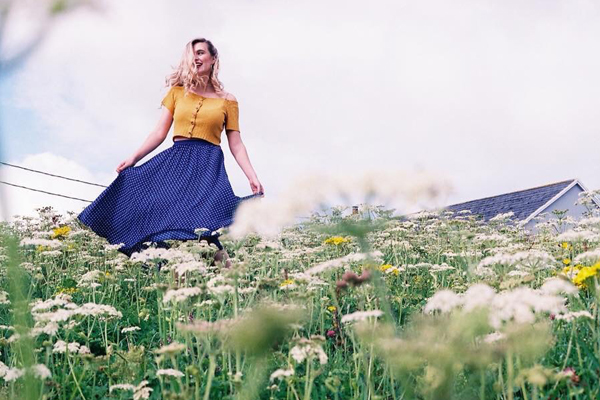