R.H.R.N. Fixity with DJ Set From Cathal and Elaine (The Altered Hours)

FIXITY is a project led by Composer/Drummer Dan Walsh since 2015. The tunes are explored in collective improvisation with a fluid cast of musicians from various fields of intrigue, continuing to deal with the impossibility of stillness and repetition in song form.

Following the success of "The Things In The Room" LP in 2017, Fixity's second album on Penske Recordings entitled "No Man Can Tell" was released in 2019, features Photogram artwork by Kate Bowe O'Brien and was produced with Patrick Cullen. The album features the interactions of an extended ensemble of Irish and Swedish improvisers, including Saxophonist Emil Nerstrand, Guitarists Nils Andersson and Kevin Terry, Philip Christie on keyboards, bassists Neil Ó Loclainn and Declan O'Shea and Cathal MacGabhann on percussion.

Having toured Ireland extensively in 2019, new material is now gathering for further recordings and wider touring in 2020 and beyond known time.

"Defined by its disregard for Parameters." - Brian Coney, The Thin Air

"The Things In The Room is a deep experience" - Tristan Bath, The Quietus

"[No Man Can Tell] is a brilliantly loose, shapeshifting record that is quite difficult to compare to anything else, a testament to Walsh and his bandmates’ singular vision" - Ryan O'Neill, The Thin Air

"One of the great albums of this decade." - KFUEL.org

*Tickets may be subject to a booking fee 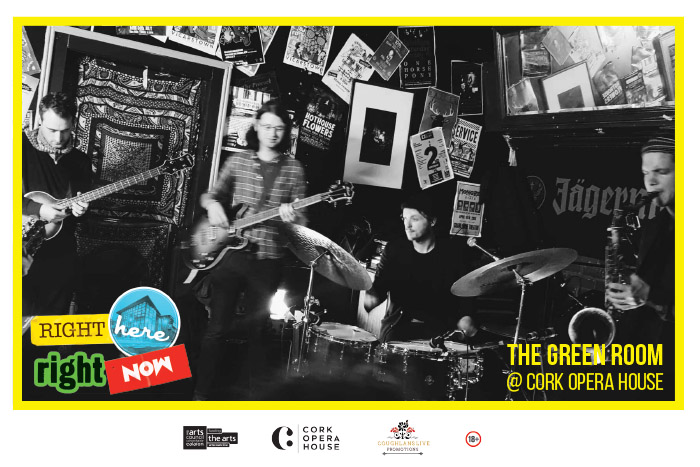