Among music legends, Nile Rodgers is truly exceptional. He amplifies his legacy as a multiple GRAMMY- winning composer, producer, arranger and guitarist by constantly traversing new musical terrain and successfully expanding the boundaries of popular music. As the co-founder of CHIC and the Chairman of the Songwriters Hall of Fame, Rodgers pioneered a musical language that generated chart-topping hits like “Le Freak,” (the biggest selling single in the history of Atlantic Records) and sparked the advent of hip-hop with “Good Times”. Nile transcends all styles of music across every generation with a body of work that’s garnered him inductions into the Rock & Roll Hall of Fame and the Songwriters Hall of Fame.

Currently, Nile serves as the first-ever Chief Creative Advisor for the incomparable Abbey Road Studios, helms the critically acclaimed Apple Music 1’s “Deep Hidden Meaning Radio with Nile Rodgers” and is the Co-founder and Chairman of the We Are Family Foundation, since 2002.

Coachella resulting in a BBC Music Awards nomination for “Best Live Performance”, and the LA Times stating, “Nile Rodgers influence stretches all over Coachella, beaming the sound of a better future”.

Nile’s work in the CHIC Organization and his productions for artists like David Bowie, Diana Ross, and 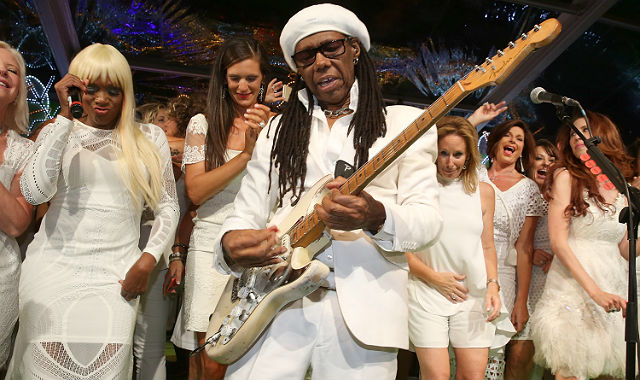