One of Ireland's most prolific young talents, Malaki burst onto the scene in 2019 with the powerful spoken-word epic Call Us By Our Names. The Dubliner has been steadily carving out his place in hip-hop ever since, but don't be fooled by the youthful swagger at 21, Malaki is an eyewitness to the disenfranchisement of Irish youth, a theme frequently probed in his bruising brutally honest debut EP 'Butterfly Boy'. Railing against the 'hard man' archetype many Irish boys are raised to uphold he tackled themes of transformation and toxic masculinity with biting quips and astonishing ingenuity.

2020 saw Malaki working on Cocoon, a series of 5 collaborative singles each one featuring developing Irish artists and ended the year with the Someone Like You 2, rewriting the verses and putting his own spin on the Van Morrison classic.

in 'The Riddler' released in May ahead of his 5 track EP 'Don't Forget To Take Your Medicine' which was released at the start of September. "I hate myself but I love living" he says, walking along the very edge of sanity puzzling over depression, anxiety, self-medication and primal fear with morbid fascination. 'The Riddler' finds calm in chaos and catharsis in a good laugh. 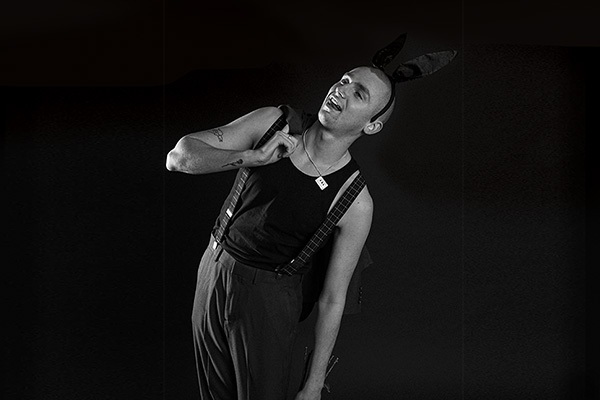