He’s one of Ireland’s most enigmatic and entertaining performers to the point where Ireland’s biggest music and arts festival Electric Picnic have afforded him his very own stage. The Jerry Fish Electric Sideshow.

An indie legend and ringmaster of exceptional renown, Jerry Fish has evolved into a showman extraordinaire, capturing the hearts and minds of audiences all over with his now legendary live shows, a unique live theatrical experience that dissolves all boundaries between performer and audience. For those who don’t know the back story; Jerry Fish blasted onto the Music Scene in the 1990's touring the globe as front-man of alternative rock outfit An Emotional Fish, the band who gave us the indie rock anthem “Celebrate”

These days the name Jerry Fish is synonymous with Festivals, Carnival Sideshow, Circus and Theatre.   Mr. Fish's genre bending and idiosyncratic style of entertainment has made him a household name within the Irish Music industry. With two Platinum selling solo albums, an MTV award and IRMA Music Award, and a solid reputation as a supreme and spectacular showman.

Jerry is buzzing about the thing he loves most; accentuating the positive and bringing smiles to troubled faces with his swaggering vocal, generous and infectious smile and that fantastic vaudeville moustache.

Also available: Make the most out of your night in Ballycotton and fully immerse yourself in the features the idyllic seaside village has to offer. In this exclusive special offer, book tickets for (insert act and date) in Sea Church coupled with a room in the 4-star Bayview Hotel, an original Irish Hotel nestled cliffside in the beautiful village of Ballycotton, just minutes away from our venue. 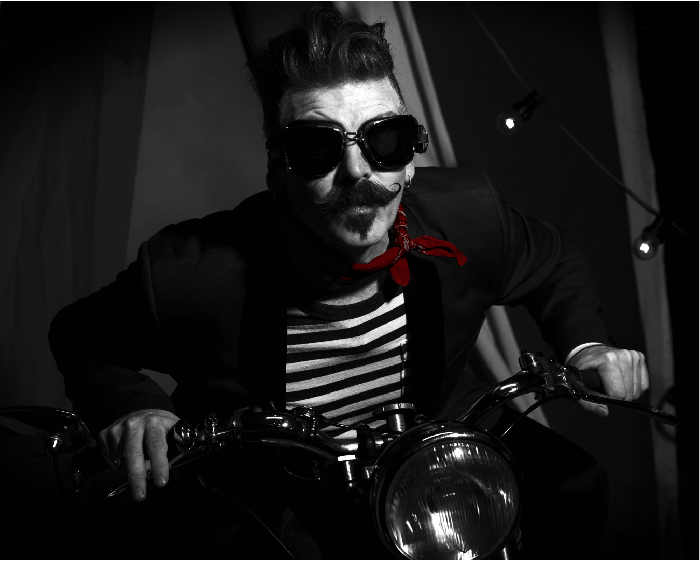