Walking out of the mists of a forgotten year, Jack O’Rourke has reimagined his place in the Irish music landscape with the release of singles ‘Opera on the Top Floor’, ‘Patsy Cline’, and ‘Sea Swimming’. There has already been significant national airplay. Jack has approached this new collection of songs with a sense of abandon, opening himself in some of his most emotionally raw songwriting to date. Focusing on the links between literature and nature, and going back to the piano and his folk, blues and ballad roots, with the story at the centre of the song, Jack writes about inspiration, the wildness of love, and healing from grief.

Wild Place is Jack's first release since 2019's Ivory Towers and first full album release since his acclaimed debut, Dreamcatcher, which entered the Irish Top 5. In the intervening years Jack has established himself as one of Ireland's finest songsmiths and a live favourite. For the recording of Wild Place, during lockdown, Jack and his band based themselves in Triskel Christchurch in Cork and used the

wonderful acoustics and Triskel's grand piano to great effect. The results are probably Jack's most endearing work to date - the songs emanating from a soulful and folk-inspired place.

Jack first came to prominence with his ode to misunderstood youth and growing up gay, ‘Silence’, became a torch song for the Irish Marriage Equality Referendum and won the Nashville Songwriting Competition (judges included Tom Waits and Bill Withers). Chosen as a 2019 headliner for Other Voices, Jack was featured prominently in the television series (most recently part of the Home special in December, featuring himself. Loah, Villagers and Denise Chaila) and his collaboration, 'New Day' with electronic artist, Kormac has nearly 500,000 views for its award winning music video.

"Wild Place has songs of love and loss, beautiful misfits, nature and wilderness," says Jack. "There's freedom and rage in there too, alongside questions on race, friendship, a still-Covid world, my dreams and sea swimming. The piano and vocal are centre, but there are elements of folk, roots, blues, Americana and chamber music." There's also a song, 'Strange Bird' written about the last year and a half - a drone recording a town during lockdown and all we’ve lost and gained. It’s influenced hugely by John Prine - "When John Prine died during Covid, it was a Bowie or Cohen or Prince moment - I was heartbroken without knowing him personally - his lyrics and his style meant so much, and his songwriting always floored me. There’s a Steinbeck or Mark Twain quality - he says so much without being flowery."

Jack teamed up with members of Crash Ensemble, Clare Sands, Hugh Dillon and Aisling Fitzpatrick to record Wild Place, with a live quality brought to the songs by Ber Quinn's mixing. Jack's long-standing drummer, David Ryan, produced the album, despite not using drums on any of the tracks and it was mastered in Canada by Philip Shaw (Feist and Bob Iver).

The first three singles from Wild Place have all received extensive airplay on the country's airwaves and Jack is set to take to the road with the new album over the comings weeks. A captivating live performer, Jack will bring the music of Wild Place to life doing what he loves best - seated at a piano and sharing some of his moving and sublime songs with his audience 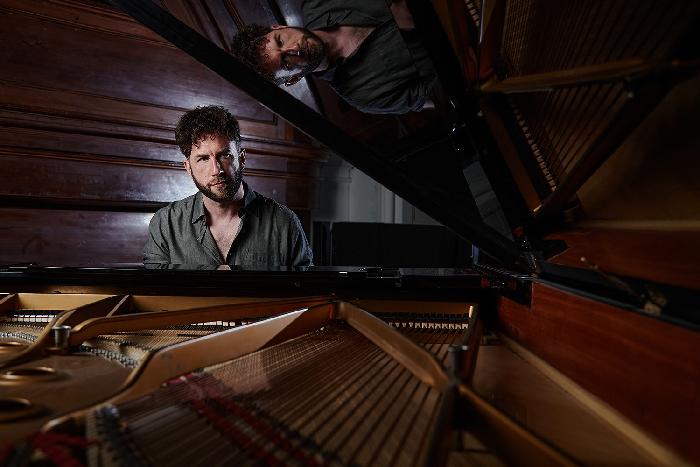